Published:
I'm a bit behind on announcing winners and getting out winnings. We had a family emergency (all is well now, I think) and then lost power for over a week in the great Autumn Nor'Easter that hit on October 29th. I'm behind, but I will catch up. So without further ado, excuses, or explanations... the winners are: 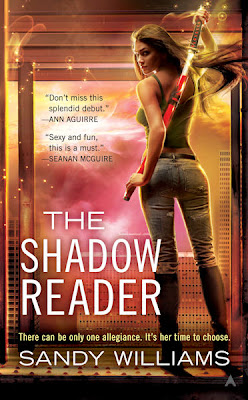 Question: What is your favorite soda or other beverage?

Shadow Reader looks like it is going to be an awesome read! Definately going on my TBR list!

*my favorite soda is Coke...just like the refreshing taste and the fact that I can leave it out for a few hours and its not flat at all! 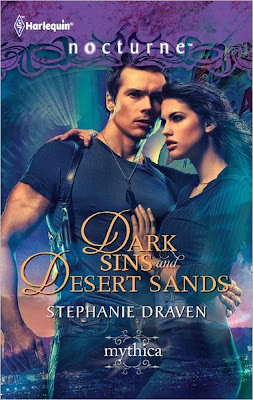 Question:  Do you have a favorite myth?

Well I love pretty much all things paranormal and supernatural so I like a lot of the myths surrounding those things like vampires, were-animals, zombies and such. I also like the greek and roman myths about the gods and goddesses.

My favorite myth is the City/Island of Atlantis. I am truely fascinated by it!

A Novel Seduction by Gwyn Cready 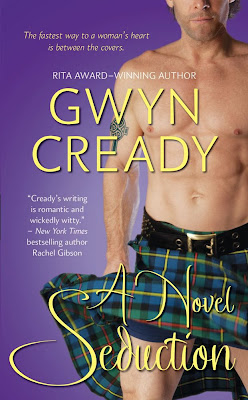 Question:  Hero in a tuxedo or hero in a kilt?

What can be better than a man in a kilt? Especially if he is bare chested. YUM!!

The books looks great. You are a new author for me but definitely going on my TOB list. 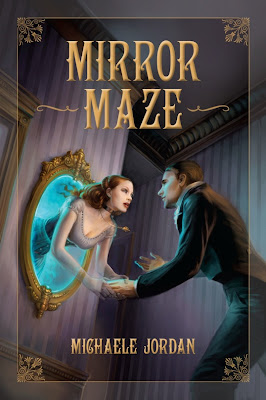 Question:  Have you ever been in a maze and where?

Thanks for a great interview! I hadn't encountered this book before and it sounds great!

I've only been in a maze once and it was a corn maze attached to a haunted house. Of course, we went at night and it seemed like it took us forever to find our way out. Don't know if I'd do it again, but it was scary! 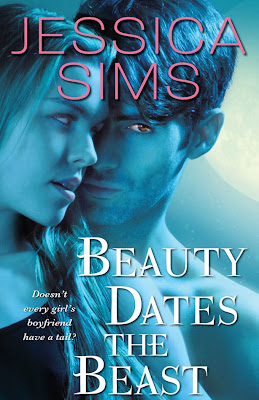 Question:  Who or What is your perfect paranormal date?

Hm, it's either going to be a flying shifter of some sort or an angel. We might as well fly to our date destinations without dealing with airplanes. 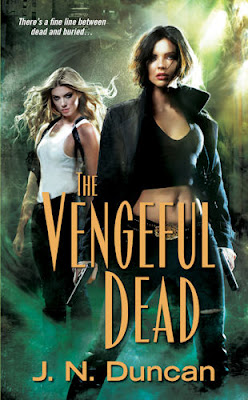 I like how you described your writing process. It sounds like how I would go about it if I were to ever start writing a book/series. 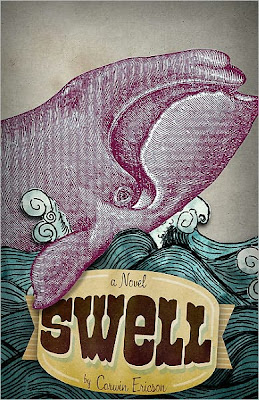 Question:  What is your favorite kind of whale?

The answer to the question is easy: the humpback whale. I have always been intrigued by this mammouth of the sea.It's just so amazing when you see one breach - that it can get itself out of the water like that is nature at its best.
I have yet to be in the right place at the right time to go whale watching, but one day I'll get to see one in person. Swell looks really interesting and different - I love different!
Congrats on the release..

Who Do, Voodoo? (A Mind for Mysteries 1) by Rochelle Staab 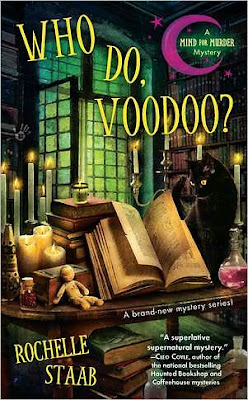 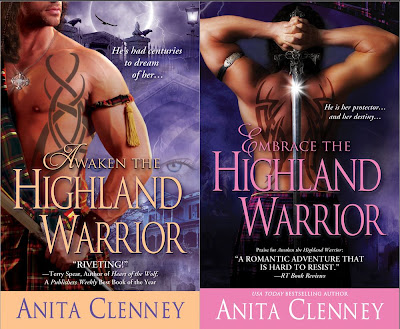 Question:  Who is your favorite writer and why?

$5 gift certificate to the online book store of the winner's choice from Natalie J. Damschroder 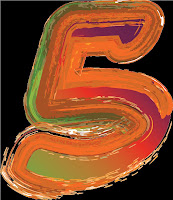 I would pick Persephone I love the story one of my favorites!

Prize pack, including a signed copy of Under Attack (The Underworld Detection Agency Chronicles 2) by Hannah Jayne 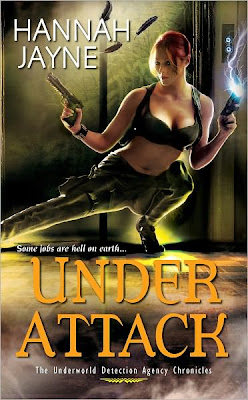 Question:  What job would you do if you could do anything?

Well for starters if I could do anything, it would be find teleportation and make it free because I am tired of sitting in traffic. That and driving in the snow. So teleportation it is. That and becoming a shifter, since then I could be moody and hawt!

Under Wraps was an amazing novel I love the heroine and the setting! I cannot wait to read Under Attack. Thank you for the giveaway.

Natalie:  Hmmm, this is a really hard question! I have quirks, but they're not that interesting. :) I have to have the character names before the story really starts developing, and they can't be common names. I'm allergic to common names.

Natalie:  I'm a flyer! I fly by the seat of my pants, I don't pull people's pants down. LOL I'm always trying to change that label, but no one else cooperates. Anyway, I have my big general idea, and beyond that, I plot ahead a little bit at a time. I may get ideas for chunks later in the book, but one of the best parts of being a writer, for me, is discovering things as I go along. Like who the villain is, sometimes!

TQ:  What inspired you to write the Under the Moon (Goddesses Rising 1)?

Natalie:  I'd wanted to write about goddesses for a while, but I only had a kind of chick-litty opening. I wanted to write something with male characters like the brothers on Supernatural—guys who bicker constantly, but would die for each other. Turned out, the rivalry between Nick and Sam in my book was a lot stronger than their bond, at least at the beginning.

Anyway, I had these vague "wants" floating in my head, and I wanted to do National Novel Writing Month but had no ideas for a new book. Everything kind of slammed together in my head a couple of days before NaNoWriMo launched, and I dove in.

TQ:  What sort of research did you do to create the world in the Under the Moon?

Natalie:  I write paranormal because I really don't like to do research, and I also set my paranormal worlds in modern society, which means the world I'm building is very much our own world. But some is, of course, necessary for any book! I had to do research on moon phases, streets in Boston (OMG, Google Street View is one of the best inventions ever for writer's resources!), and classic cars, among other things.

TQ:  Describe Under the Moon (Goddesses Rising 1) in 140 characters or less.

Natalie:  A modern-day goddess teams up with her protector—and forbidden soulmate—to track down the leech who’s stealing power from other goddesses.

TQ:  Without giving anything away, what is/are your favorite scene(s) in Under the Moon?

Natalie:  I love when Nick first arrives at Quinn's bar, Under the Moon, and we first see the dynamics between him and Quinn, and her assistant Sam. Then toward the end, there are three scenes—between Quinn and Nick, the final battle, and between Quinn and Sam—that I adore. I can't go into any detail, though, or it will spoil things! :)

TQ:  In Under the Moon, who was the most difficult character to write and why? The easiest and why?

Natalie:  Good question! This book happened to be the easiest first draft I've ever written, so at that point, none of the characters were difficult, and all were easy. But Marley, Quinn's sister, was probably the most difficult in the long run. She's still giving me fits. :)

TQ:  How many books are planned for the Godesses Rising series?

Natalie:  Goddesses Rising will be a trilogy, with book 2, Heavy Metal, out in the spring, and book 3, Sunroper, out in the fall of 2012.

I just turned in Heavy Metal and am working on Sunroper. I have several books, both paranormal and non, that I need to revise and get into shape for potential publication, and I'm also trying to break into YA. I love the challenge of writing romance from a teenager's perspective, and the viewpoint also makes writing paranormal even more exciting.

Natalie:  Thanks so much for having me! I really enjoyed doing your interview!


About Under the Moon 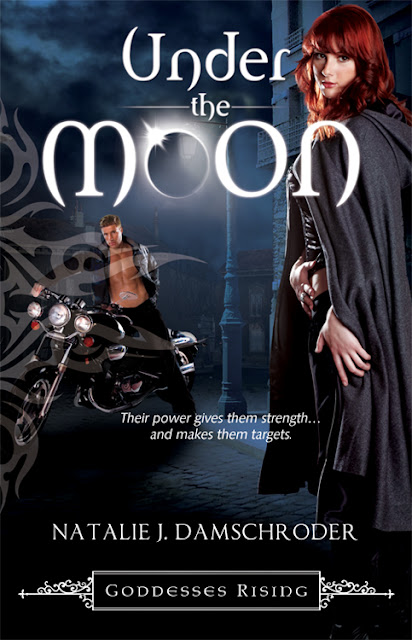 Their power gives them strength…and makes them targets.

Quinn Caldwell is the epitome of a modern goddess. Her power source is the moon, her abilities restricted only by physical resources and lunar phase. She runs a consulting business and her father’s bar, serves on the board of the ancient Society for Goddess Education and Defense, and yearns for Nick Jarrett, professional goddess protector and the soul mate she can never have.

But someone has developed the rare and difficult ability to drain a goddess of her powers, and Quinn is a target. With the world thinking Nick has gone rogue (whatever that means) and that Quinn is influenced by “family ties” she didn’t know she had, keeping themselves safe while working to find the enemy proves harder each day.

But not as hard as denying their hearts… 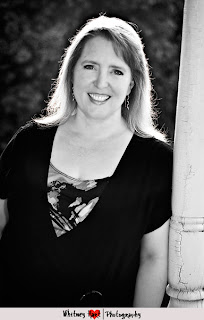 You can learn more about Natalie and her books at her website, eHarlequin, Goodreads, Twitter, and Facebook. She blogs with four other obsessed passionate Supernatural fans at Supernatural Sisters, with a number of fantastic romance authors at Everybody Needs a Little Romance, and just to hear herself talk at Indulge Yourself.

What:  One commenter will win a $5 gift certificate to the online book store of the winner's choice from Natalie.

Which goddess or god would you be (if you could be a goddess or god)?
Please remember - if you don't answer the question your entry will not be counted.

Who and When: The contest is open to all humans on the planet earth with a mailing address. Contest ends at 11:59pm US Eastern Time on Thursday, November 10, 2011. Void where prohibited by law. You must be 18 years old or older to enter.