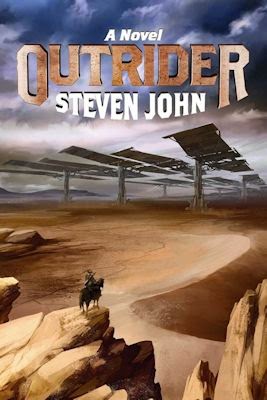 Roughly between the time my first novel, THREE A.M., was published back in early 2012 and the release of my second book, OUTRIDER, my life has changed in many ways, not the least of which has been my relationship with writing.

Both of the books I’ve thus far had published were written when I was fully employed. I grabbed what time I had during lunchtime or late at night to write; I snuck in editing sessions there at my desk. I told myself things like: “Just write for 20 minutes a day at least!” or “Just do 500 words, minimum!” And despite how little time I had to devote to writing… it worked. I wrote books.

I have since become what I suppose I can fairly call a “professional writer.” In fact, I think I have to call it that: I’m a freelancer who pens articles under my own name for multiple websites and as a nameless scribe for several more. I write marketing copy, humorous blog posts (I’d like to think, anyway), I write about the tech world, and I often write about writing. But sadly, I also write less fiction.

In the past, those few minutes of writing were an escape for me; writing a paragraph or two of halfway-decent fiction was like turning a release valve on the day. But of late, when I have often written upward of three, sometimes four thousand words a day of copy for various assignments, trying to motivate myself to work on finishing book #4, or at least continuing the edit of #3, can be a daunting task indeed. The fisherman doesn’t unwind with more fishing, nor does the lawyer relax at night by reading a few more briefs, after all.

There’s another factor at play, mind you: in October of last year my wife and I had our first child, a boy named Benjamin. He is charming, brilliant, and handsome, and he will neither suffer boredom nor will he sleep through the night (11 months on and he has done so once). Our son is a treasure, but he is also exhausting in a way I had never dreamt possible (they don’t give you the handbook until you already have kids, nonparents. It’s goddamn sneaky of them).

The blend of too much “hired gun” writing, almost no free time, and precious little sleep had, for months, ground my fiction writing to a near-standstill. But then something happened: as stipulated in the contract I signed so long ago with my publisher Skyhorse (now the parent company of the venerable Night Shade Books, the logo actually gracing the book’s spine), a box full of books showed up at my door a few days ago. Though it was not the first time this had happened, and though I vaguely knew they were coming, it was still a compelling moment when I opened the nondescript cardboard box and looked down to see my name on the cover of the novels therein bubble-wrapped.

When I flipped through a few pages of OUTRIDER, I had to let myself admit that “Hey, this is pretty good writing, actually.” The next day I opened up a file I had not double-clicked on in weeks and edited a few pages of my third novel (let’s call it… UNTITLED – that has a nice ring to it). Again, I was pleasantly surprised to find sentences I enjoyed reading. It hit me not as an epiphany, but certainly as a motivator that if I wanted to have any more moments like that any time soon, I had to get my nose to the grind. No one else is going to write books for me; that’s not how it works.

How it works is saying: “Just write for 20 minutes a day at least!” or “Just do 500 words, minimum!” So now I’m going to sign off and see if I can’t take my own admonitions to heart – sure, there may be less free time in the day, but I’ve got 20 minutes. The kid has to nap sometime, and I can always catch up on my own sleep when the next book is finished. 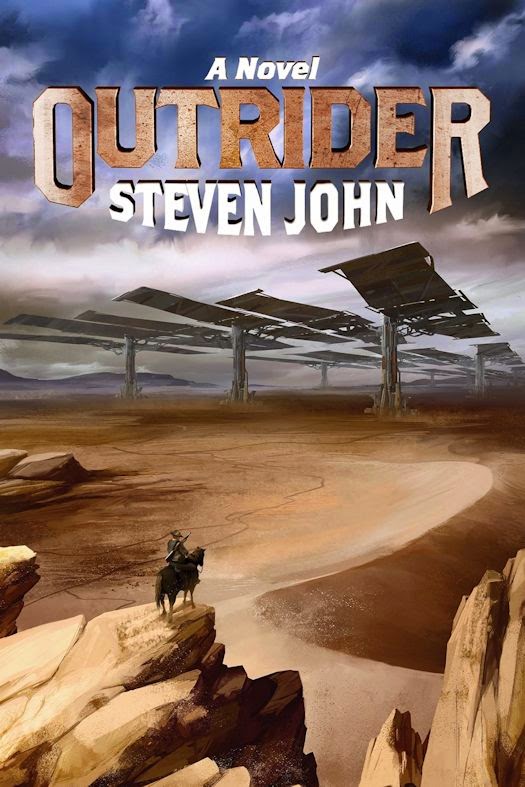 Within a few decades, solar technology will evolve to the point where power is endless . . . unless someone wants to stop the flow—which someone does.

And the only men who can stop these high-tech terrorists are on horseback.
In the near future, the New Las Vegas Sunfield will be one of many enormous solar farms to supply energy to the United States. At more than fifty miles long and two miles wide, the Sunfield generates an electromagnetic field so volatile that ordinary machinery and even the simplest electronic devices must be kept miles away from it. Thus, the only men who can guard the most technologically advanced power station on earth do so on horseback.

They are the Outriders.

Though the power supplied by the Sunfield is widespread, access to that power comes with total deference to the iron-fisted will of New Las Vegas’s ruthless mayor, Franklin Dreg. Crisis erupts when Dreg’s quietly competent secretary, Timothy Hale, discovers someone has been stealing energy—siphoning it out of the New Las Vegas grid under cover of darkness.

As the Outriders investigate, the scale of the thievery becomes clear: these aren’t the ordinary energy leeches, people who steal a few watts here or there. These are high-tech terrorists (or revolutionaries) engaged in a mysterious and dangerous enterprise and poised to bring down the entire energy grid, along with the millions of people it supports.

The pressure mounts and fractures appear within both the political leadership of New Las Vegas and in the tight-knit community of Outriders. With a potential crisis looming, the mysterious goal of the “Drainers” finally comes into focus. Only then do the Outriders realize how dangerous the situation really is. 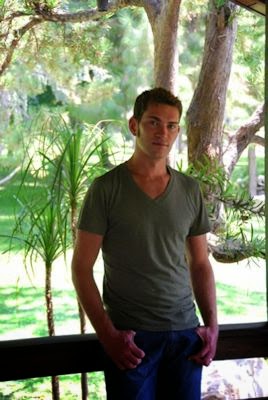 Steven John is a writer living in Glendale, California (by way of Washington DC). He and his wife Kristin, an elementary school teacher, were joined by their son Benjamin in October of 2013. In addition to writing for several websites and journals, Steven published his first novel, THREE A.M., in 2012. His second book, OUTRIDER, hits shelves in September of 2014. When not writing or spending time with his family, Steven tries to squeeze in some mountain climbing.