Published:
Looking for a Mash Up for the holidays? A Vampire Christmas Carol: Ebenezer Scrooge, Vampire Slayer may be just the thing. 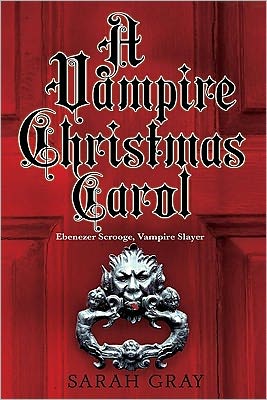 Ebenezer Scrooge may be a miser, but he’s never actually sucked someone’s blood. But unbeknownst to Scrooge, vampires have dogged his footsteps since he was born, using him to prevent a prophecy that would create the greatest slayer the world has ever seen.

Now, on Christmas Eve, Scrooge’s old friend Jacob Marley rises from the grave to warn him about the gathering evil. With three spirits to guide him, he rediscovers his lost love, Belle seamstress by day and vampire hunter by night. He sees the secrets of his nephew Fred and his clerk, Bob Cratchit, Belle’s loyal soldiers. And he learns of the plot mounting to attack all of them, starting with the sacrifice of Bob’s son Tiny Tim…