The Qwillery | category: The Doomsday Vault

Published:
Please welcome Steven Harper to The Qwillery. The Doomsday Vault (Clockwork Empire 1) was published by Roc on November 1, 2011.

No, really. I'm not speaking ill of the dead. He just did such a fine job of getting us used to sleek toys that zip and zoom that we lost touch with how things really operate. It doesn't help that he also sealed his technology in an envelope of slippery glass and sleek steel, and locked his codes away like Mom's dark chocolates.

"Mustn't touch," he purred. "No need to see. No need to understand. Just use."

It's not just little computers, actually. Even larger machines like cars and bicycles joined the use-don't-touch conspiracy.

A while ago my car, a 2009 Cobalt, needed a new headlight. That's a simple job, and rather than pay a mechanic $50, I figured I'd handle it myself. I looked up the part on-line, bought it, and opened the hood. And discovered the entire engine compartment was covered with a giant sneeze guard. It was impossible to touch anything except the oil dipstick and the washer fluid intake. After some study, I figured out how the stupid thing was fastened down, but the fasteners required special tools to manipulate, tools I didn't own or even have a name for. I couldn't touch the engine of my own car.

But it goes on. You'd think that a bike, that most old-fashioned of transportation machines, would remain aloof from the conspiracy. But no.

Whenever my old ten speed of twenty years broke down--flat tire, rubbing brakes, chewing gears--I would haul out my toolbox, flip my bike upside-down in the driveway, and fix it with a screwdriver and wrench. This arrangement suited both of us well. Unfortunately, the old workhorse died on me a few months ago, forcing me to replace it with a $500 model complete with shock absorbers, disc brakes, and flick-of-the-thumb gear changers. A few days after I acquired this shiny new velocipede, the handlebars came unexpectedly loose and skewed in a half-circle, spilling me to the ground. Limping, I got out my tools to set things aright, but for the life of me couldn't figure out how to tighten the bars. Nothing. And I'd been fixing bikes since I was twelve.

Now angry, I took the temperamental pile of metal back to the bike shop and ordered them to fix it. The shop guy extracted from his tool collection a spidery widget I'd never seen before, inserted a long, thin leg into a deep hole on my bike, and tightened the handlebars. Without this specialized tool, there was no way for me to fix something as simple as my own bike.

And, as I've already mentioned, you can't get into most computerized machines.The vast majority of us can't assemble a motherboard, install RAM, or read code. Everything is sealed tightly away. The hands-off conspiracy has fingers everywhere.

As a result, we miss our machines. We miss being able to touch them, see how they work. My sons are fascinated with big train engines, with puffing pistons and roaring boilers, even though they've never in their lives ridden on a train. They like pounding nails and twisting screws. We all do.

Steampunk machines are BIG. They're real enough to touch. We can see how they work (even when they patently wouldn't work). Steampunk gives us computers the size of refrigerators and robots the size of trees, blimps the size of houses, machines with a connect-the-dots reality that we long for.

And if we can't get it in our real lives, what better place to find it than in a book?


About the Clockwork Empire Series 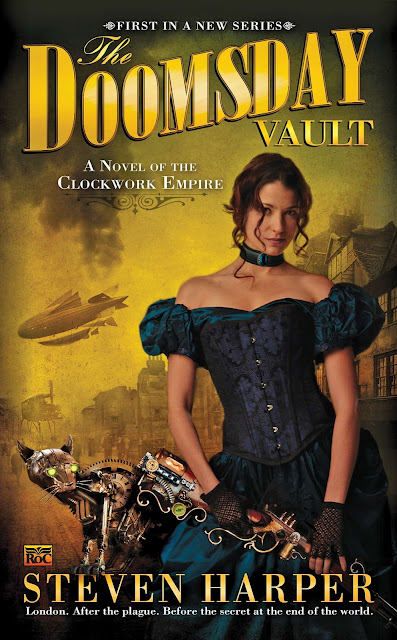 In a clockwork Brittania, Alice's prospects are slim. At 21, her age and her unladylike interest in automatons have sealed her fate as an undesirable marriage prospect. But a devastating plague sends Alice off in a direction beyond the pale-towards a clandestine organization, mad inventors, life-altering secrets, and into the arms of an intrepid fiddle-playing airship pilot.

Amazon : Barnes and Noble : Book Depository : Books-A-Million
The Impossible Cube (Clockwork Empire 2) is presently scheduled for publication in May 2012. 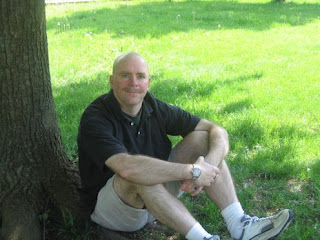 Steven Harper Piziks was born in Saginaw, Michigan, but he moved around a lot and has lived in Wisconsin, Germany, and (briefly) Ukraine. Currently he lives with his three sons in southeastern Michigan.

His novels include In the Company of Mind and Corporate Mentality, both science fiction published by Baen Books. Writing as Steven Harper for Roc Books, he has produced The Silent Empire series. He’s also written books based on Star Trek, Battlestar Galactica, and The Ghost Whisperer, as well as the movie novelization Identity, which he managed under a deadline of only three weeks. His numerous short stories have appeared, among other places, in all but one of Esther Friesner’s Chicks in Chainmail anthologies and in all of her humorous suburban fantasy anthology. Currently he’s working on The Clockwork Empire steampunk trilogy for Ace Book, and The Doomsday Vault, the first in the series, is due out in November, 2011.

Booklist calls his novels “fast, furious, and absorbing,” and “intelligent entertainment.” Strange Horizons says his work is filled with “fast-paced adventure filled with intrigue and populated with characters you care about,” and The Romantic Times writes that “Harper . . . creates a compelling universe.”

Steven currently teaches high school English in southeast Michigan. His students think he’s hysterical, which isn’t the same as thinking he’s hilarious. When not writing, he plays the folk harp, dabbles in oral storytelling, and spends more time on-line than is probably good for him.

What:  One commenter will win a Mass Market Paperback copy of The Doomsday Vault (Clockwork Empire 1) from The Qwillery.

Do you have a favorite Steampunk novel or story?
Please remember - if you don't answer the question your entry will not be counted.

Who and When:  The contest is open to all humans on the planet earth with a mailing address. Contest ends at 11:59pm US Eastern Time on Thursday, November 17, 2011. Void where prohibited by law. You must be 18 years old or older to enter.