The Qwillery | category: The Killing Horizon

THE KILLING HORIZON Coming in Summer 2020 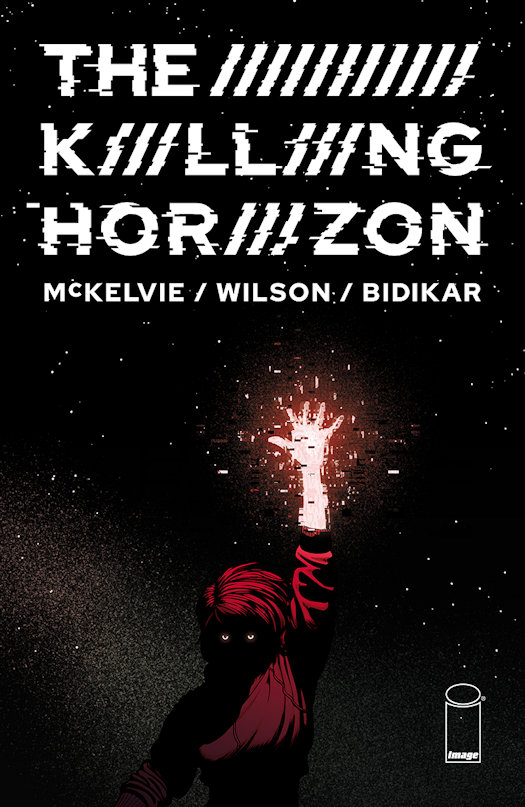 The project sees McKelvie return to writing for the first time in a decade, after establishing himself as both a popular artist of comics such as YOUNG AVENGERS and designer of iconic superheroes including Captain Marvel, Ms. Marvel and Loki.

THE KILLING HORIZON takes place in the post-post-apocalyptic future. Far from Earth, a specialist in studying dead alien societies is embedded with a military unit to excavate a new find. She’s done it before. It’s good work and it’s safe. She thinks it’s just another job.

Lost and alone, deep beneath the warped, skeletal spires of the millennia-dead city, she finds something powerful. Something unlike anything any human has ever known. Something that needs her to take it on a journey no living being has ever taken. Something that will make her a target for every side fighting a deadly war. It calls to her.

In an exclusive interview with io9 at New York Comic Con, McKelvie, already known for pushing the limits of comic book storytelling, talked about what makes this project so exciting: “The canvas becomes vast and that’s more than a little bit scary for me. Humans are humans, cars are cars, you can generally recognize that a tree is a tree. Those boundaries vanish when you’re doing a story like this. With such a drastic change of setting, storytelling possibilities expand out in all sorts of different directions. There’s a sequence I’m really excited about drawing that arose from a quandary: how do I approach this moment/image on the page? The story possibilities spill out into the “storytelling” possibilities and that’s got me buzzing.”

THE KILLING HORIZON is a space opera comic inspired by the works of Iain Banks, Ann Leckie, Michael Moorcock, and Yoon Ha Lee and is perfect for fans of Jeff Lemire and Dustin Nguyen’s  Descender, Jason Aaron, Dennis Hallum, and Stephen Green’s  Sea of Stars, and Brian K. Vaughan and Fiona Staples’ Saga.