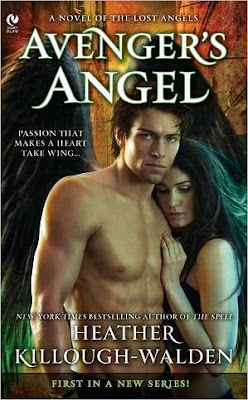 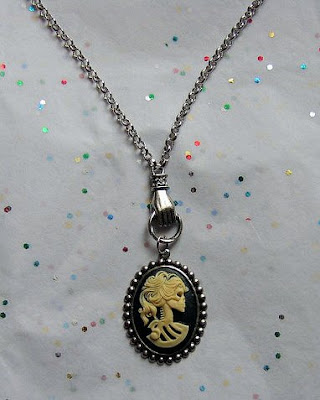 Question:  Do you have any favorite covers or ones that didn’t work for you and why?

I will admit, covers are a big part of my reading experience. The reviews I write on my blog are split into four categories: plot, pace, characters, and cover. Because these are the make or break factors of a book for me.

The one book that I've picked up solely for the cover: Wither by Lauren DeStefano (which I ended up really enjoying even though it's outside of my genre preferences).

And some of my favorite covers are ones that include a lot of relevant details to the plot: Spider's Bite by Jennifer Estep and Tempest Rising by Nicole Peeler. 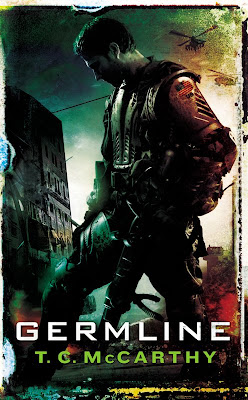 OMG this book looks fantastic! I love science fiction, it doesn't matter how much fact is thrown in, but I want even the non-factual science to sound plausible, you know? 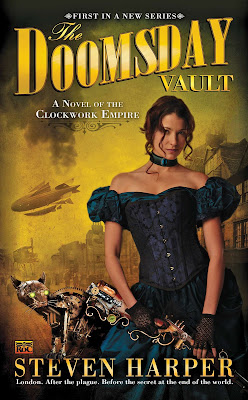 Question:  Do you have a favorite Steampunk novel or story?

My favorite so far is Clockwork Angel, but I've got The Iron Duke and Soulless waiting on my bookshelf and I hear they're pretty good, too! 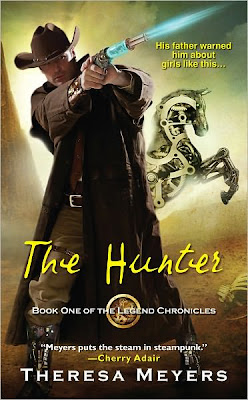 Question:  Paranormal Romance, Steampunk Romance, or any kind of Romance?

I like any kind of romance!! Thanks for the giveaway! 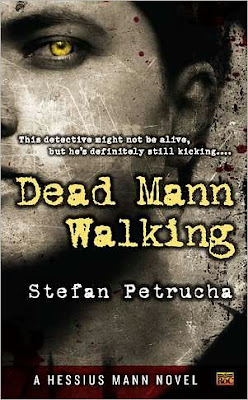 Right now I would have to say The Walking Dead. Love that show!!! Thanks for the chance. 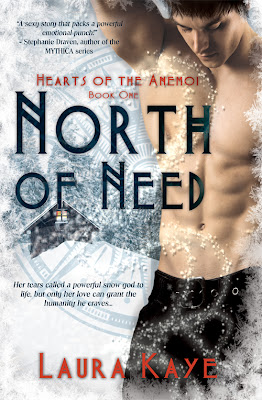 Question:  Which cover do you like better and why? How important are covers to you in making you consider and/or buy a book?

I have a definite preference for the North of Need cover. It is lovely and mysterious. I want to hold it and look closer at what is not clear and try to figure out what it means. The other cover is lovely, but if I was in a bookstore I would definitely pick up North of Need to see what it was about:) Thank you for taking the time to share with us today and for the awesome giveaway opportunity.

I really think both covers are awesome and Im not sure I can pick one between the two. As for importance in buying a book. The cover might make me pick it up and look at it, but unless it sounds good too I wont buy it based on cover alone. 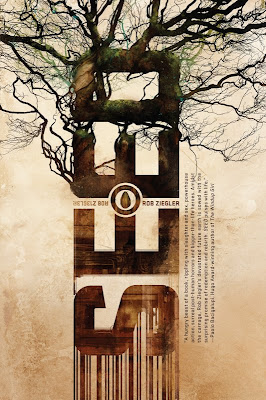 Question:  Which post-apocalyptic or dystopian novel would you recommend?

I just finished The Eleventh Plague by Jeff Hirsch and really enjoyed it. I would definitely recommend it! 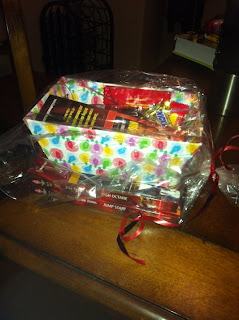 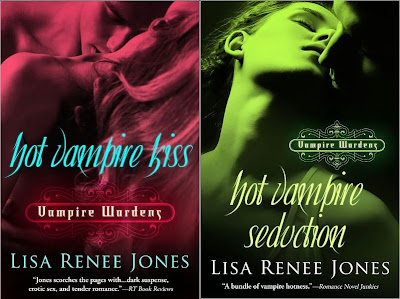 Question:  If you wrote a novel, short story, novella, etc. what would be the name of your Main Chararcter?

Actually, I've been creating background stuff for writing my own novel, and my main character is Evan.

I'd also use a combination of my son's names of Challan and Seth - Something like Chaleth perhaps. It's different, anyway!

The winners have been notified and have until 11:59 PM US Eastern Time on Saturday, December 10, 2011 to respond or The Qwillery will very randomly choose a new winner or winners.

Blending Steampunk and Paranormal Romance
There’s something inherently fascinating about bringing two distinctive things together to create something new. Take Reese’s Peanut Butter Cups. Chocolate, perfect in its own right and deserving of a food group all its own. Peanut butter, the staple of probably more than half of the school kid lunches in America on every given day. Both all on their own fantastic, but when put together, well, the angels sing.

That’s what blending steampunk and paranormal romance is for me as a writer, and it’s why I wove them both into THE HUNTER. I love both as their own thing, but when merged into one story, it’s simply irresistible. It also makes my steampunk world a little different bend than most. Yes, of course there are the wonders of science, the mad genius, the spirit of adventure, but there’s also a darkly mystical side to my world. My heroes in the Legend Chronicles, three brothers named after their father’s favorite guns, are supernatural hunters in the Wild Weird West.

Winchester, Remington and Colt have been trained to hunt down and destroy the Darkin that threaten humanity. So while regular people go about their daily lives, these guys don’t bat an eye-lash when it comes to fighting down demons, slay shape-shifters, battling hell-hounds or going up against ghosts. They just do it with some fantastical steampunk help, such as Colt’s clockwork horse, Tempus, Sting Shooters (that are steampunk, Tesla-coil-powered tasers) and the specially designed Darkin-killing bullets perfected by their inventor friend Marley Turlock. They know that while ordinary people might not see the ending of the world coming, they are the first, last and only defense in making sure humanity survives.

Part of what I love about steampunk is the essence that anything was possible if you were just curious, adventurous or determined enough to make it happen. It’s accepting that we can be more, do more, than we ever thought possible by reimagining the past as it could have happened. I love the clothing, the elegance and intricacy that was part of the Gilded Age. I’ve a bit of a Victoriana nut with a strong love of tea, and I’m a maker in my own right. I sew, design, paint, and can my own home-grown fruits, veggies, sauces and soups, when I’m not out tackling my herb garden. For me steampunk is like the peanut butter. It’s gritty, it’s brown, it’s got a specific flavor you won’t find anywhere else and you know it when you taste it.

With paranormal romance, I’m just as fascinated by the things we can’t see that still influence us. Most of my writing tends to take a paranormal path, likely because when I was little my mother did things like pretend we had elves in the tree stump in the back yard. They even talked under my window one night—which I later found out in my 20s was due to a tape-recorder. She made my brother and I believe in the magic all around us and I still have that rose-colored tint to how I look at the world today. But if there’s one thing about the paranormal I’ve learned, it’s that there’s balance. Dark must have light to survive and vice versa. And with paranormal romance, the ending is always sweetly satisfying. You know the good guys win and that love can conquer all. Paranormal romance is like chocolate. It’s dark, it’s varied, the subtle changes and flavors are nearly endless and when done right it can be an experience you can’t get enough of.

So when it comes to blending steampunk and paranormal romance, it’s not just about the fantastic inventions or goggles, nor is it about the balancing act between the dark and light forces of the paranormal world and the power of love. It’s a bit of both, blended together to create a flavor of fiction that’s something familiar but also completely different. That’s what I’ve tried to accomplish in my Legend Chronicles series, but you may have to taste it yourself to find out.


About the Legend Chronicles 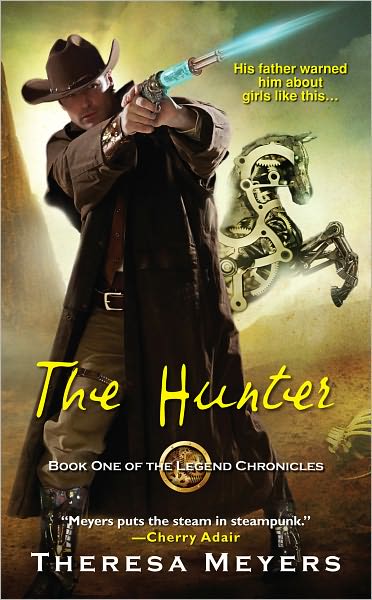 They’re the Chosen—Winchester, Remington and Colt—brothers trained to hunt down supernatural beings using the latest steam-powered gadgetry. It’s a hard legacy to shoulder, and it’s about to get a lot more dangerous…

A Devil Of A Job

Colt Jackson has gotten his name on many a wanted poster with success in the family business: hunting supernaturals across the frontier. Lately, though, there’s a sulfur stink in the wind and the Darkin population is exploding. A rift in the worlds is appearing. To close it, Colt will have to do the unthinkable and work with a demon to pass arcane boundaries no human alone can cross.

Except when he summons his demon, he doesn’t get some horned monstrosity: he gets a curvy redheaded succubus named Lilly, who’s willing to make a bargain to become human again. He also gets Lilly’s secret expertise on the machinations on the dark side of the rift. And her charm and cleverness help to get them out of what his silver-loaded pistol and mechanical horse can’t. Of course, when all hell breaks loose, he might have to sacrifice his soul. But what’s adventure without a little risk? 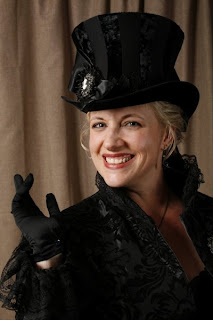 Raised by a bibliophile who made the dining room into a library, Theresa has always been a lover of books and stories. First a writer for newspapers, then for national magazines, she started her first novel in high school, eventually enrolling in a Writer's Digest course and putting the book under the bed until she joined Romance Writers of America in 1993.

In 2005 she was selected as one of eleven finalists for the American Title II contest, the American Idol of books. She is married to the first man she ever went on a real date with (to their high school prom), who she knew was hero material when he suffered through having to let her parents drive, and her brother sit between them in the backseat of the car. They currently live in a Victorian house on a mini farm in the Pacific Northwest with their two children, three cats, an old chestnut Arabian gelding, an energetic mini-Aussie shepherd puppy, several rabbits, a dozen chickens and an out-of-control herb garden.

What:  One commenter will win a Mass Market Paperback copy of The Hunter (Legend Chronicles 1) from The Qwillery.

Paranormal Romance, Steampunk Romance, or any kind of Romance?
Please remember - if you don't answer the question your entry will not be counted.

Who and When:  The contest is open to all humans on the planet earth with a mailing address. Contest ends at 11:59pm US Eastern Time on Friday, November 18, 2011. Void where prohibited by law. You must be 18 years old or older to enter.

Published:
Happy 1st Monday in Novmeber! We finally were able to celebrate Halloween in my neighborhood this past Saturday. The children were happy and it was nice to reconnect with everyone after a week without power!

Tuesday - A guest post from debut author E.S. Moore as part of the 2012 Debut Author Challenge. To Walk the Night will be published in January 2012.

Wednesday - An interview with T.C. McCarthy as part of the 2011 Debut Author Challenge interviews. T.C.'s debut novel, Germline, was published on August 1, 2011.

Thursday - A guest post from Steven Harper whose latest book, The Doomsday Vault (Clockwork Empire 1) was published on November 1, 2011.

Friday - A guest post from Theresa Meyers. The Hunter (Legend Chronicles 1) was published on November 1, 2011.

This week's releases are below. A book shopping list in PDF format may be found by clicking here. Click "File" on the left and then "Print (PDF)."