The Qwillery | category: We Can Save Us All

Interview with Adam Nemett, author of We Can Save Us All

Published:
I can't think of a better way to end 2018 than with a Debut Author Challenge Interview! Please welcome Adam Nemett to The Qwillery. We Can Save Us All was published in November by The Unnamed Press. 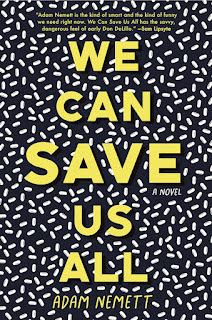 Adam:  My father used to bring me along to art museums (he’s a painter and professor at Maryland Institute College of Art) and I remember writing bad, earnest poems about different works of art when I was about seven or eight. Early ekphrastic experiments.

Adam:  Probably a hybrid. I have a sense of the structure, but especially since this book deals with the nature of time, I spent many years moving around chapters and scenes into nonlinear arrangements. I have a sense of where the narrative is going but I try not to plot everything out and allow the story to steer itself in unexpected directions.

Adam:  The most challenging this is finding the time—I have a fulltime career at History Factory (www.historyfactory.com) writing books and other content for Fortune 500 companies, I help run a music education nonprofit, and above all I enjoy being a husband and a father of two kids. So figuring out how to carve out the time in odd hours isn’t easy.

Adam:  Everything, I guess? My life, the stories I hear and details I steal from others, the books I read and movies/TV I see, fiction, nonfiction, poetry, the news, history, the current state of our world.

TQ:  Describe We Can Save Us All using only 5 words.

TQ:  Tell us something about We Can Save Us All that is not found in the book description.

Adam:  It took about 12 years to get it written, revised and published.

TQ:  What inspired you to write We Can Save Us All?

Adam:  Again, too many things to list, but I went to college during a particularly transitional time—from 1999 to 2003—which spanned Columbine, the Bush/Gore election, September 11th, and the war that followed—so I think some of this book was inspired by an increasingly uncertain world and how one group of students might respond to it.

This is far from an exhaustive list, but here are a few books that were influential:

TQ:  What sort of research did you do for We Can Save Us All?

Adam:  More than I can recount, but I read all kinds of fiction and nonfiction, studied cults and communes, and studied both the practical and overblown versions of doomsday prepping, along with plenty of research into superheroes—mythical, fictional and “real.”

TQ:  Please tell us about the cover for We Can Save Us All.

Adam:  The beautiful cover, designed by Jaya Nicely at The Unnamed Press, is more impressionistic, but I guess you could make an argument that the small white bits symbolize pills, a blizzard, or rice kernels…

TQ:  In We Can Save Us All who was the easiest character to write and why? The hardest and why?

Adam:  I’m not sure that any of the characters were particularly “easy” or “hard,” but David was the probably the closest character to my own personality (with some major exceptions). I think there was a period when I was especially conscious that with the characters that were farther away from my lived experience—the non-white, non-male characters—I had more of a responsibility to write them in realistic, complicated ways, and not fall into tropes or stereotypes, but these characters all took on lives of their own pretty swiftly and I tried to not police myself and let the characters do their thing.

TQ:  Does We Can Save Us All touch on any social issues?

Adam:  The book deals with, among other things, class privilege, climate change, spirituality/mutual aid societies vs. cults/authoritarianism, the value of liberal arts education vs. knowledge of trade skills, polyamorous relationships, hero worship, and sexual assault. On that last issue, I had no idea the book would be published during the #MeToo movement and while a trigger warning is warranted, I believe the assault that occurs in the book is confronted in a substantial and significant way.

TQ:  Which question about We Can Save Us All do you wish someone would ask? Ask it and answer it!

Q: How hard was it to write and publish this book as a working father? How do you balance your home/family life and work life?

A: It’s hard! Both my wife and I are committed parents, and we both have fulltime careers, and we both have personal/creative projects that we pursue. It’s tough to juggle—between those three major roles and between what each of us needs to prioritize at a given time—but we’re making it work. I do my best, write in odd hours and when the kids are asleep, and try to be present when they’re awake, realizing that a huge part of writing is about observing and considering life from unexpected angles, and the earnest innocence with which children approach the world is a great teaching tool for this.

TQ:  Give us one or two of your favorite non-spoilery quotes from We Can Save Us All.

On the protagonist’s lack of knowledge about comic books:
“My relationship to superheroes is mystical, not fundamentalist.”

On fireworks exploding:
“David found it fascinating to watch this refuse, these ashes, and wondered if this was the reality of the Big Bang: trillions of years ago, all that far-flung carbon was merely a worthless by-product of an infinitely pretty explosion; now, they were all merely star farts.”

Adam:  I don’t feel like the We Can Save Us All work is over just yet. I maybe had the naïve misconception that once the book was published everything was out of my hands, but my publisher (The Unnamed Press) has been a terrific partner and helped me see that there’s a lot I can be doing to help my novel be successful and reach a wider audience—being available for press and participating in interviews, writing personal essays, being active on social media, keeping my website current, reading colleagues books, planning and attending book events, etc. Some of this is orchestrated by my publisher and some of it is really proactive stuff that I’m working on and almost all of it is a collaboration between myself, my publisher and my agent. That work will continue early next year when I do more touring on the West Coast (feel free to keep track at www.AdamNemett.com), but once this phase is in the rearview I have some ideas for the next book(s)—children’s books, and two ideas for novels—and would be interested in certain ancillary offshoots for We Can Save Us All, such as a graphic novel or film adaptation.

Adam:  Thank YOU! And thanks for supporting debut novels! 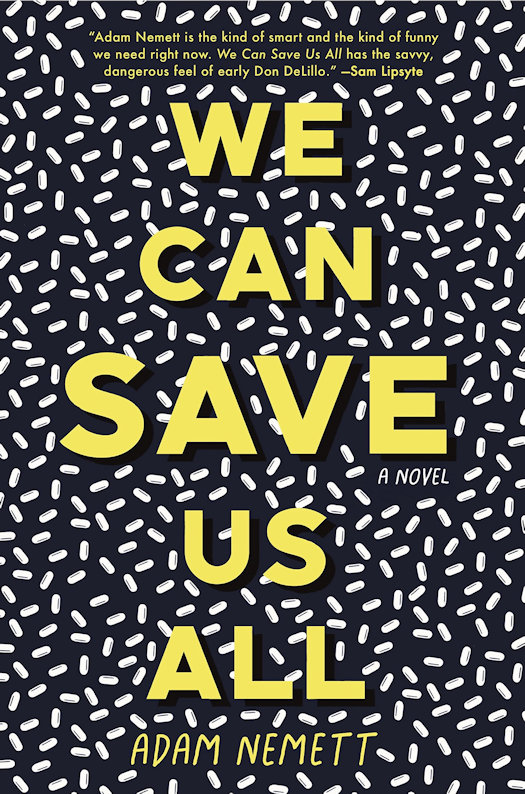 Welcome to The Egg, an off-campus geodesic dome where David Fuffman and his crew of alienated Princeton students train for what might be the end of days: America is in a perpetual state of war, climate disasters create a global state of emergency, and scientists believe time itself may be collapsing.

Funded by the charismatic Mathias Blue and fueled by performance enhancers and psychedelic drugs, a student revolution incubates at The Egg, inspired by the superheroes that dominate American culture. The arrival of Haley Roth―an impassioned heroine with a dark secret―propels David and Mathias to expand their movement across college campuses nationwide, inspiring a cult-like following. As the final superstorm arrives, they toe the line between good and evil, deliverance and demagogues, the damned and the saved.

In this sprawling, ambitious debut, Adam Nemett delves into contemporary life in all of its chaos and unknowing. We Can Save Us All is a brave, ribald, and multi-layered examination of what may be the fundamental question of our time: just who is responsible for fixing all of this? 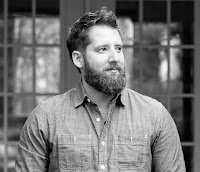 Adam Nemett graduated from Princeton University and received his MFA in Fiction/Screenwriting from California College of the Arts. He serves as creative director and author for The History Factory, where he's written award-winning nonfiction books for Lockheed Martin, Brooks Brothers, City of Hope Medical Center, and Huntington Bank, and directed campaigns for 21st Century Fox, Adobe Systems, HarperCollins, National Renewable Energy Laboratory, New Balance, Pfizer and Whirlpool. An excerpt of his debut novel, WE CAN SAVE US ALL, was anthologized in The Apocalypse Reader.

He is the writer/director of the feature film, The Instrument (2005), which LA Weekly described as, "damn near unclassifiable." At Princeton Nemett co-founded MIMA Music Inc., a student organization that grew into an educational 501(c)3 nonprofit that has operated in 40 countries worldwide. Adam's work has been published, reviewed and featured in Variety, LA Weekly, The New Yorker, Washington Post, Forbes.com, The Brooklyn Rail, Cville Niche, C-Ville Weekly and Cornel West's memoir Brother West: Living and Loving Out Loud.

He lives in Charlottesville, Virginia, with his wife and two kids.

I'm using PollCode for this vote. After you the check the circle next to your favorite, click "Vote" to record your vote. If you'd like to see the real-time results click "View". This will take you to the PollCode site where you may see the results. If you want to come back to The Qwillery click "Back" and you will return to this page. Voting will end sometime on November 30, 2018, unless the vote is extended. If the vote is extended the ending date will be updated. 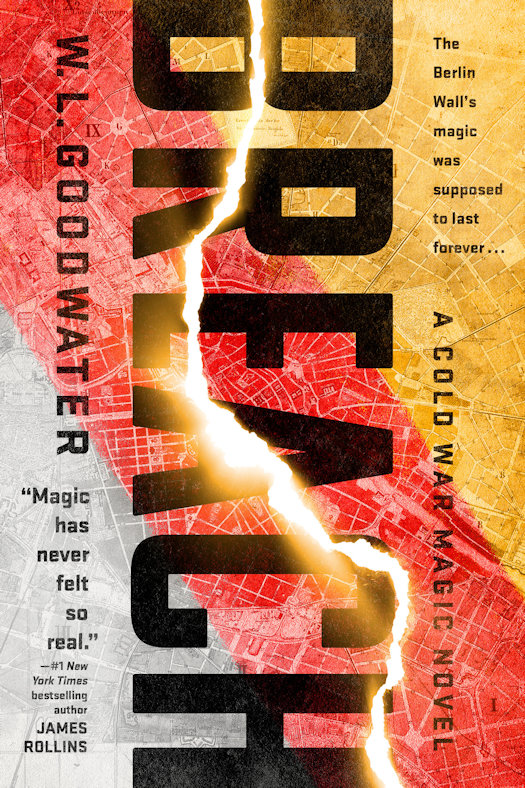 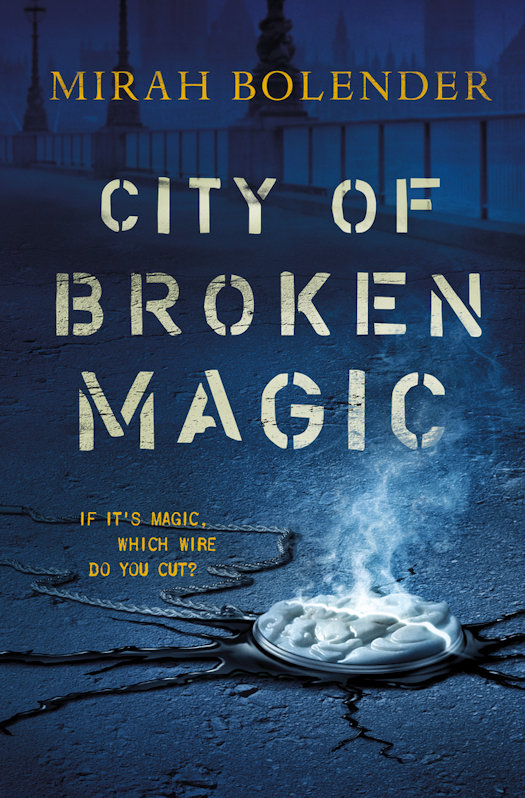 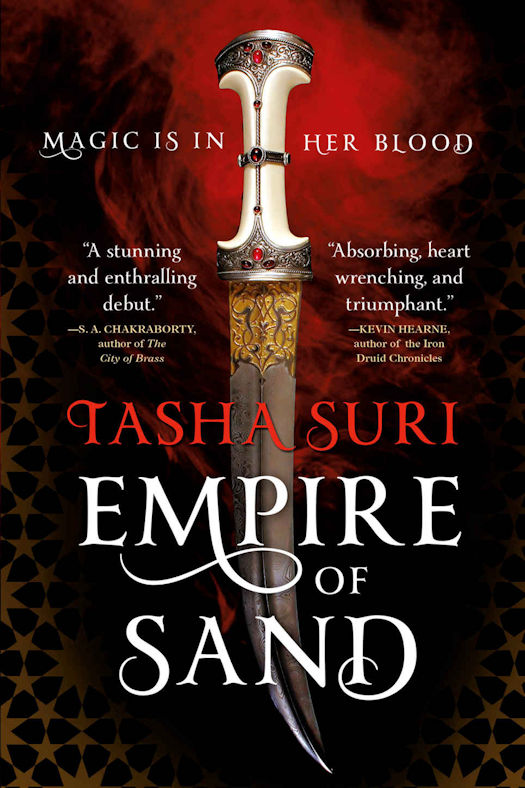