Published:
Please welcome Peter Clines to The Qwillery. The Fold is published today by Crown. Please join The Qwillery in wishing Peter a Happy Publication Day! 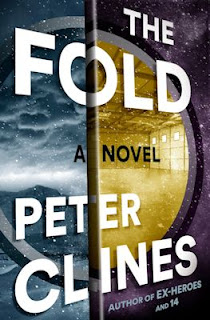 TQ:  Welcome to The Qwillery. Your first two novels (Ex-Heroes and The Eerie Adventures of the Lycanthrope Robinson Crusoe) were published in 2010. How has your writing process changed (or not) since 2010 to now?

Peter:  My process probably hasn’t changed that much since then. I’d been writing for a long, long time before I started having some noteworthy success with fiction, so I’d already struggled through trying different methods and finding what worked best for me.

The biggest change has really been doing it as a full-time job. Up until a few years ago it was always fiction and writing for a magazine or website, or fiction and film work before that. Now that it’s just fiction, I’ve had to learn how to better schedule my time. It’s a lot easier to burn out on something when it’s the only thing you’re doing, and I had to figure out where my maximum returns were, if that makes sense.

Peter:  A little of both, probably leaning more towards a pantser. I try to have a few rough beats and plot points when I head into something, a pretty good idea of where I want to end up, some basic character ideas, but that’s about it. If I do anything more detailed than that, it tends to cause problems. I have a bad habit of sticking to the outline no matter what, even when I can (and should) be doing something else with the story and characters.

The most challenging thing is probably just self doubt—which is probably the biggest challenge for every writer at every stage of their career. I thought it’d get easier once I was doing this professionally, but the truth is I worry about things even more now. Will people like this? Has this idea been done before? Am I doing anything new with this? Could this be better?

And then all that stuff gets beaten down or addressed and I get back to writing...

TQ:  Your most recent novel is The Fold. Please tell us something about The Fold that we won't find in the book description.

Peter:  It went through many, many titles. I’ve always been jealous of people who can come up with great titles (David Conyers is an author who almost always has clever, compelling titles) but I’ve never been good at it. From the time I started writing it until the time we got the first sample cover art, I think The Fold went through five or six different titles. At one point I even had a “vote for your favorite” thing up on my Facebook page.

TQ:  What sort of research did you do for The Fold?

Peter:  All sorts. I’ve always loved science, so I had the added benefit of already knowing a few avenues to pursue, so to speak. I started off with articles about IQ and memory. Then there was a lot on supercomputers and bugging some of my more in-the-know friends about that. I also read a lot of physics books and articles, starting with more accessible things like Alice in Quantumland by Robert Gilmore and working my way up to find certain answers I needed. And then, of course, figuring out what facts I would carefully avoid or tweak to make for a better story.

TQ:  What inspired you to write The Fold? It seems to be a bit of a genre bender. Did you set out to write an SF/thriller/mystery?

Peter:  The various elements of The Fold have been rattling around in my head for years. It began as a short story assignment in college (which the TA hated), and then about ten years ago I played around with expanding it into a full novel. And then I set it aside again to work on other things. About... I think it was three years ago that I first made the sort of “wait, I could do this” realization that got me thinking about it again.

As far as genre-bending... I don’t know, I tend to think most stories work better when they cross genres. And sci-fi and mystery have a great history together. Look at probably half the Star Trek episodes ever filmed, for all the different shows. They’re sci-fi, but there’s a strong “how/why is this happening?” element to them. You can still see that in current sci-fi shows like Orphan Black or The Flash or Person of Interest. So I don’t think I did anything really bold or groundbreaking in that sense.

TQ:  In The Fold, who was the most difficult character to write and why? The easiest and why? Which character surprised you the most?

Peter:  Hands down, Mike was the most difficult. Possibly one of the most difficult I’ve ever written. One of Mike’s defining traits, as we learn very early on, is that he has eidetic memory--he can recall anything he’s ever seen or heard from any point in his life—combined with an exceptionally high IQ. While this sounds very freeing and full of potential, it actually became very limiting. Think of any book or story you’ve recently read, and think how often a character “couldn’t place” something or had something nag at their mind or just didn’t remember something important. These are all very common—and very useful—storytelling devices, but this can never, ever happen for Mike. He remembers everything. So it forced me to rethink many scenes and how parts of the story unfolded, and also just his basic character. What would living with this ability do to someone? How would they interact with other people?

Easiest was probably Bob, just because he’s such an open geek. Surprised... I don’t think any character really surprised me. I was surprised by the reactions my beta readers had to some of them, but that’s probably pretty common for a lot of writers (“really... he was your favorite? Really...?”)

TQ:  Please give us one or two or your favorite non-spoilery lines from The Fold.

Peter:  Hmmmmm... that’d be really tough to do because of the whole mystery aspect of the book. Figure anything that isn’t spoilery at all (either directly or in that sort of Buzzfeed “you’ll never guess what this refers to...” sort of way) is going to be so out of context it’ll be kind of meaningless. So it’ll be really bland and everyone reading this will think “wow, that’s one of the best lines he’s got?”

So, in conclusion... hey, look at that over there! A baby wolf!

Peter:  I just finished up Ex-Isle, the fifth book in the Ex-Heroes series, and my editor and I are batting it back and forth (he’s an incredibly patient person). I’m probably going to clean my office, write a giant robot story that I owe one anthology, and then start this new book that’s been bubbling in my head for a while. It’s sort of a mystery-horror-road trip story. With time travel. We’ll see how that goes.

Peter:  Many thanks for thinking I’d be even slightly entertaining or educational. 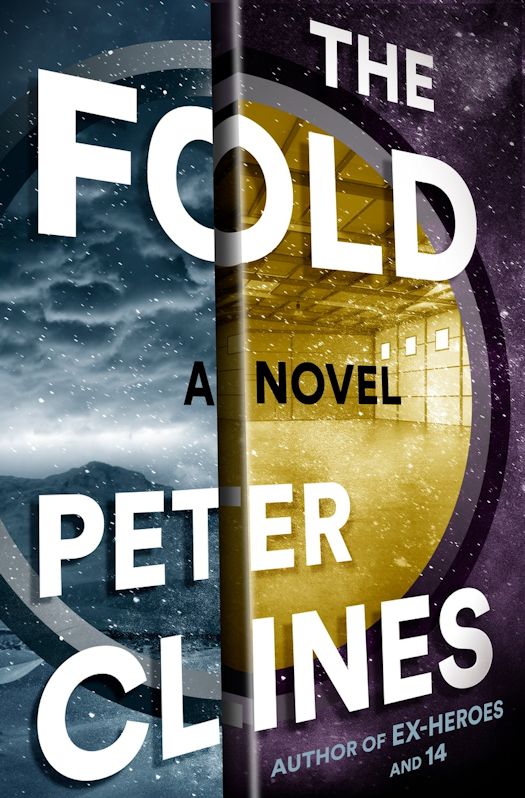 The folks in Mike Erikson’s small New England town would say he’s just your average, everyday guy. And that’s exactly how Mike likes it. Sure, the life he’s chosen isn’t much of a challenge to someone with his unique gifts, but he’s content with his quiet and peaceful existence.

That is, until an old friend presents him with an irresistible mystery, one that Mike is uniquely qualified to solve: far out in the California desert, a team of DARPA scientists has invented a device they affectionately call the Albuquerque Door. Using a cryptic computer equation and magnetic fields to “fold” dimensions, it shrinks distances so that a traveler can travel hundreds of feet with a single step.

The invention promises to make mankind’s dreams of teleportation a reality. And, the scientists insist, traveling through the Door is completely safe.

Yet evidence is mounting that this miraculous machine isn’t quite what it seems—and that its creators are harboring a dangerous secret.

As his investigations draw him deeper into the puzzle, Mike begins to fear there’s only one answer that makes sense. And if he’s right, it may only be a matter of time before the project destroys…everything.

A cunningly inventive mystery featuring a hero worthy of Sherlock Holmes and a terrifying final twist you’ll never see coming, The Fold is that rarest of things: a genuinely page-turning science-fiction thriller. Step inside its pages and learn why author Peter Clines has already won legions of loyal fans.

PETER CLINES has published several pieces of short fiction and countless articles on the film and television industries, as well as the novels The Fold, Ex-Heroes, Ex-Patriots, Ex-Communication, Ex-Purgatory, and 14.  He lives and writes in southern California.

Published:
Happy first Monday in May! This is going to be a busy week at The Qwillery.

On Tuesday, May 3, there will be an interview with debut author Kevin Hearne. His debut Hounded is also released on May 3, 2011.

On Wednesday, May 4, there will be an interview with debut author, Lexi George. Her debut, Demon Hunting in Dixie, was released on April 26, 2011. It's an extremely fun read, which had me laughing out loud often.

On Thursday, I hope to either have comics or photos (a day early).

Here are the release lists for May 1 - 7, 2011. Book trailers are below as well as anthology covers. The lists have been updated to include more YA. A printable PDF list can be found by clicking here. Remember to set your printer to Landscape. 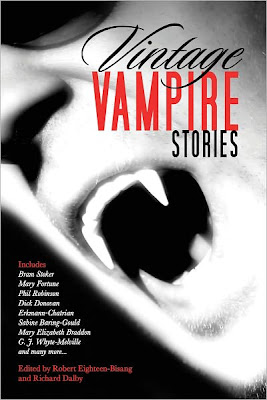 
The Para-Ops Series by Virna DePaul


Under Heaven by Guy Gavriel Kay


The Unbearable Lightness of Dragons by Katie MacAlister


Throne of Fire by Rick Riordan