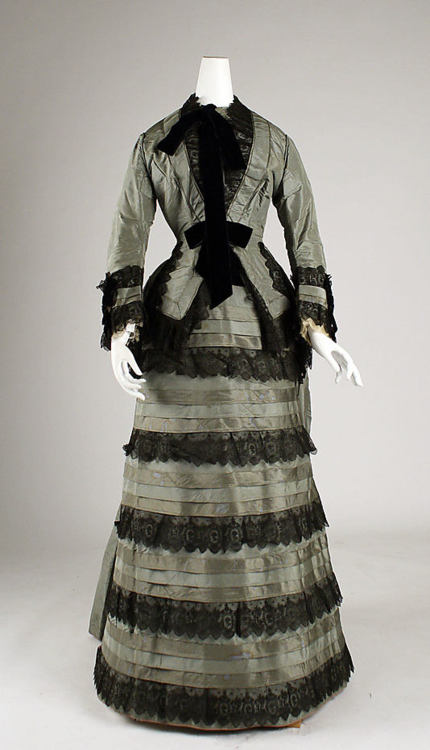 1870s  The Metropolitan Museum of Art

Published:
Yesterday, for the tea I wore a gown that rarely gets an outing.

It's a pink taffeta 1930s maxi dress, with puffed sleeves, fitted top and A-line skirt. I bought it in LA at Hubba-Hubba. It was in the window and she very kindly took it off the dummy for me. 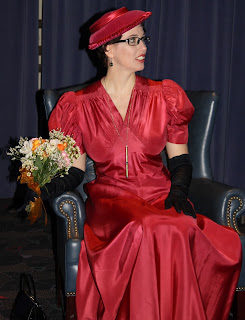 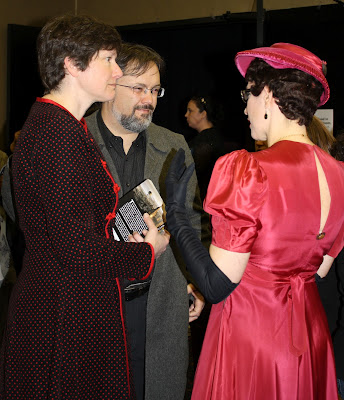 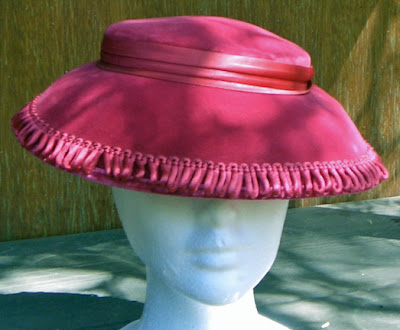 I bought it with a matching hat, because I couldn't resist. 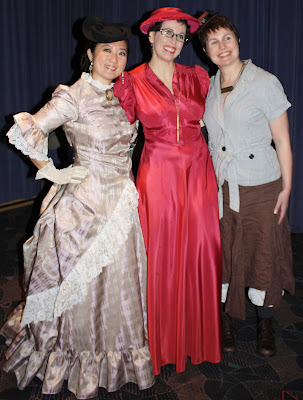 First of all there is the color. I resisted pink most of my life but I've taken to a full acceptance recently, and this deep rich tone is a great entry drug. Then there is the cut. 1930's dresses are not often cut for those of us with a Rack, the fashion was still in from the 1920s for tall and willowy. It isn't often a girl can find a dress from this period that fist the chest area right. Mine is a little small, but I squeeze determinately in. And the puffy sleeves distract from the frontal region. 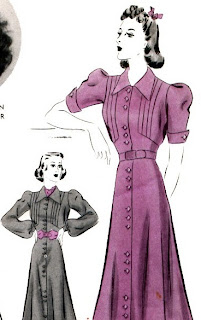 There is just something about this cut of dress that is quintessentially 1930s. Even now when I see someone in a modern maxi dress that imitates this cut I think 1930s, regardless of styling, material, or pattern. 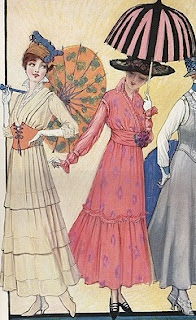 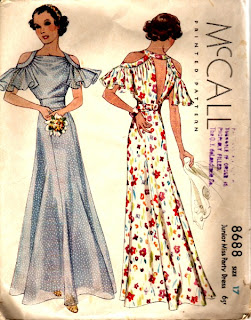 1930 with parasol; 1936 pattern book
To me it just screams tea gown, so I could not resist wearing mine for the Goodbye Tea. Ordinarily I would pair this dress with chocolate brown, not black, especially for day. 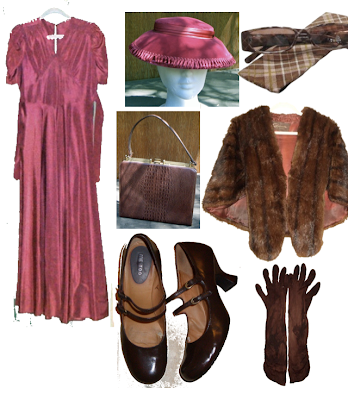 Or I would wear it with gold for evening. 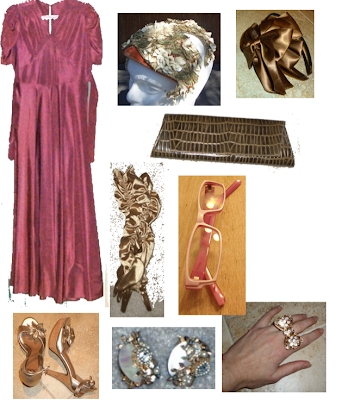 But as I had a second event at Borderlands later that night, and no time to be organized, I went with black accessorizes because I wanted to bring along a spare dress in case I spilled something all down the front of this one. And back was easier to match at the spur of the moment.

Of course this is what it should have been paired with . . . 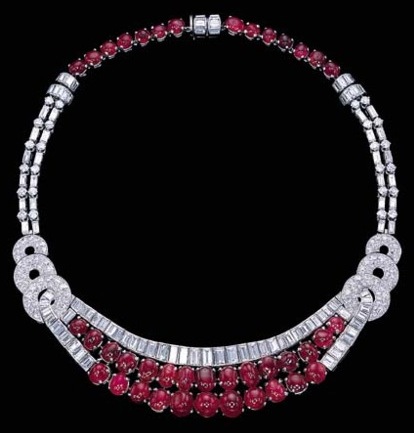 1933 via Christie’s
Some versions for Mrs. Loontwill, back before she married Alessandro . . . 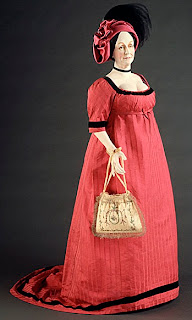 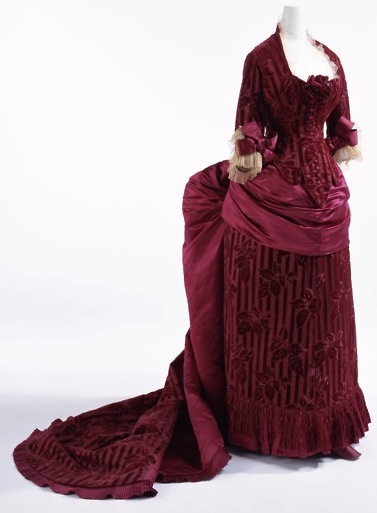 1883 Charles Fredrick Worth dress via The Kyoto Costume Institute
To read in such a dress? I can think of none better than The Fire Sword, by Adrienne Martine Barnes. 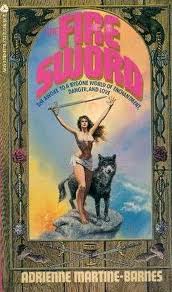 Adrienne Martine-Barnes may be one of the greatest forgotten fantasy authors of the 80's. I loved her "Sword" series in particular, especially this first book. Each book in this series centers on a member of a particular family, starting with the matriarch in this book.

Eleanor is taken out of time and thrust into adventure in a Bronze Age England alive with Celtic goods. Her attitude? Get dressed and see what's out there. "Nothing like shoes and socks to make you feel right with the world." Eleanor is fierce, strong, and dedicated. Her love interest is very Lord Maccon-ish. So if you like your men large and gruff and incurably romantic, this book is for you. While essentially a fantasy quest with the gods mucking about, but there is a strong romantic element, which I loved.

It's hard to do this series justice. In each of the 4 books Martine-Barnes tackles a different ancient culture and a different "sponsor" god from a range of polytheistic pantheons (Celtic, Greek, and Indian to name but a few) the goddesses of which are struggling to survive. The last book (The Sea Sword) is very very sad, and there are still lines out of all four that when I read them will make me cry.

I usually demand a HEA but the quality of this woman's writing defies all preferences. She's like the fantasy world's Atwood and it's a crying shame she isn't better read and better known. 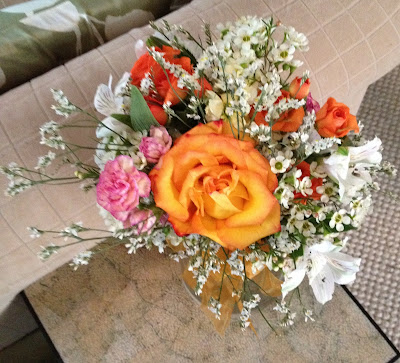