Published:
I kind of love netting on a hat. I've no logical explanation for this, I just do. It's the veiled mystery, or something. Anyway, they've been showing up on the Fall runways. Jill sander put a netted beenie up on hers. Which, honestly, is a little too peculiar even for me. But I adore a vintage or retro hat with a bit of netting for style. I get used to the slight obstruction to my vision pretty quickly. But then I spent the 80s with that deep side part hair over one eye look, so . . . 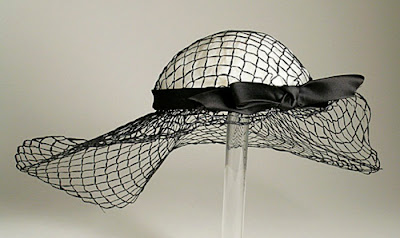 1938 via The Costume Institute of the Metropolitan Museum of Art
I have only two netted hats in my collection, and one can be worn with or without the netting. I do have the netting to add to some of the other hats, but this is strangely difficult to do, much harder than one would think. 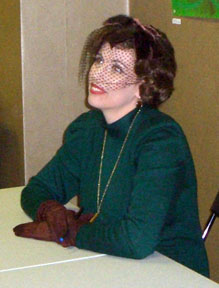 In the "Tarantula" hat. It's made of three prongs of brown fur and a velvet bow, and looks a little like part of a fuzzy spider perched on ones head, with netting. I love it, of course. It's a vintage find from Decades of Fashion on Height Street in San Francisco. They aren't cheap. I think I paid about $40 for this tiny thing. 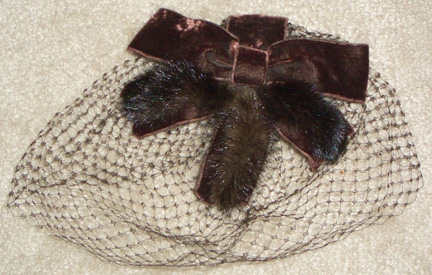 I do sort of love the idea of a tiny follie of a hat with netting coming off of it. Or even, no hat at all. 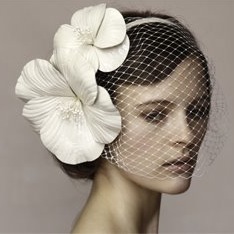 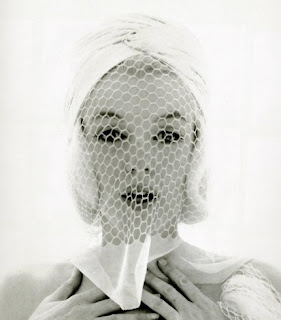 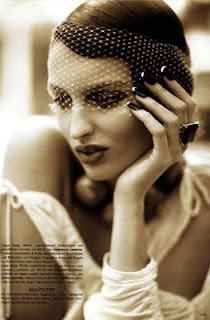 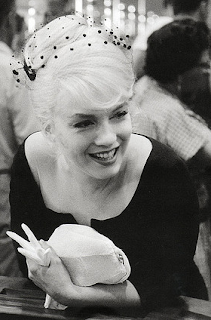 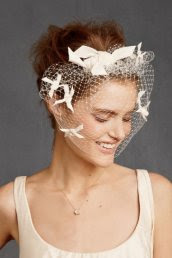 Of course it is more common to have a larger follie, one that perches forward with the net coming off of it. Netting shows up on vintage hats of all different shapes and sizes. Here are some 1930s, 1940s, and 1950s examples. 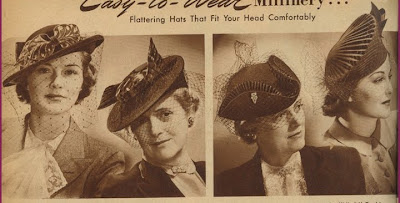 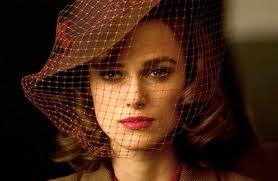 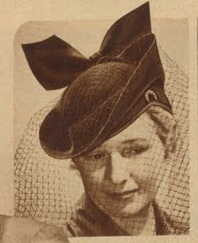 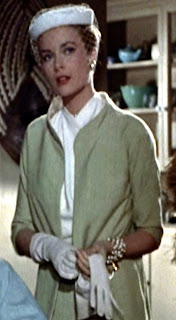 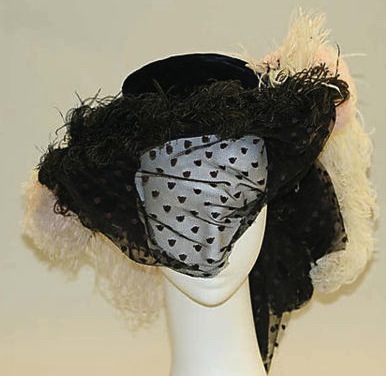