Ten Clues You Are In a Cozy Mystery

Ten Clues You Are In a Cozy Mystery

Happy Friday! So, if you read the Weekend Edition from Saturday, you'll know I intended to write something about reviews for both authors & reviewers. However, it’s been an emotionally heavy week – several people I love going through tough stuff - and I just needed to talk about something a little lighter.

So let’s talk about cozy mysteries! While I didn’t start reading cozy mysteries until 2015, I basically grew up on them in television form - thank you, Jessica Fletcher. And one of the things I (and countless thousands of readers) love about cozy mysteries is that they follow a certain formula. After the upheaval of the past year, a little predictability is like comfort food. We want to know that justice is served, that the good guys win, that friendships matter, and that there’s something we can count on to remain pretty much unchanged. (Obviously God is unchanged. Jesus is the same yesterday, today, and forever. But I’m talking outside the spiritual realm for the moment)

Agatha Christie set the standard for cozies, when the first of her Miss Marple books released in the 1930s, and while cozies have definitely adapted to the modern age, much of what makes them so beloved has stood the test of time. Cozy mysteries (even most general market ones) are great for Christian fiction readers because a true cozy is free of explicit language/scenes. There are of course some authors who choose to write a grittier cozy, but the majority stay true to the genre and abstain from anything above a PG rating. I’m really happy to see cozy mysteries beginning to be written by Christian fiction authors too (again, even with a general market publisher) – more on that later.

Before I share some of my fave cozy mystery authors and some new/upcoming cozies to look forward to, I thought I'd have a little tongue-in-cheek fun with that predictability I mentioned earlier. If you've never read a cozy mystery, but you have watched at least one episode of Murder She Wrote, you'll still be able to follow along easily.

So without further ado (adieu?)...

TEN CLUES YOU ARE IN A COZY MYSTERY

1. You live in a quaint small town with its share of quirky characters and an inordinately high homicide rate.

*Usually coastal, in the south, or in the mountains. There are also a lot of festivals.

*This is usually the person who will either die next or be accused of the next murder so maybe don’t get too close to them just yet.

3. If person A (probably someone in your close circle) threatens person B (newcomer), person B has less than 24 hours to live.

*Now is the time to find person A a good attorney… except there really aren’t any because this is a cozy mystery, not a suspense.

4. You like to ‘help’ the local law enforcement solve these murders.

*After all, in a very meta twist, you read cozy mysteries in your free time and you always know whodunit before anyone else.

5. Local law enforcement lets you do this & even asks you for advice on occasion, however begrudgingly. Oh they tell you to stay out of it, to let them do their jobs, but they don’t really mean it. You know this because they thank you once you’ve handed over the culprit.

*One of them may even start dating you. Or your best friend.

6. You, your family, your friends, maybe even your pet, will all have your turn as the number one suspect in a murder investigation.

*You also usually find the body. Which doesn’t really help your defense.

7. The library or business or money-making hobby you own may only have 2 employees (including you) but it’s no problem at all for you to close up shop or leave your lone employee in charge indefinitely, at a moment’s notice, so you can chase down a lead.

*Don’t worry, your business still thrives, and all your regular customers understand & are happy to pitch in if needed. No charge.

8. Your most faithful companion is your pet who is full of personality & may even save the day – and your bacon – when necessary. At the least, your pet is your brainstorming partner and helps you process all the clues.

*Usually a dog or a cat … but it could be a snake or a parakeet or an iguana. A pet rock is probably pushing it though.

9. You have at least one endearingly eccentric older relative who doubles as a fount of wisdom.

*Bonus if he/she has hilarious friends.

10. Someone in your inner circle is a baker or pastry chef or gourmet chef so you’re always eating yummy food.

*Recipes included at the back.

I have several favorite cozy mystery series, encompassing a range of authors and publishers. If I started naming my faves, we would be here a while and I would inevitably leave one or more out. However, you can peruse my cozy mystery archives on ReadingIsMySuperPower to get an idea of which ones I recommend.

I'm super excited to see more Christian authors branching out into the cozy mystery genre. This is not to say that their books are overtly Christian (though some are) but it makes me so happy to see Jesus followers writing great books in this genre too. Some older series by Christian authors include Vannetta Chapman's Amish Village Mysteries, A.H. Gabhart's Hidden Springs Mysteries, and Julianna Deering's Drew Farthering Mysteries (that last one is more of a British cozy / Agatha Christie-esque & therefore slightly different from the formula we've been talking about).

Some new books coming out that I'm excited about are Pint of No Return by Dana Mentink (Poisoned Pen Press), On Skein of Death by Allie Pleiter (Berkley), and Dogged by Death by Laura Scott (Crooked Lane Books), and Trouble Brewing by Heather Day Gilbert (Woodhaven Press). The first three I mentioned start new series, too! Ahem - I've used their covers throughout the post to pique your interest (full disclosure) :)

There are also two cozies of particular interest on Seekerville that recently released: 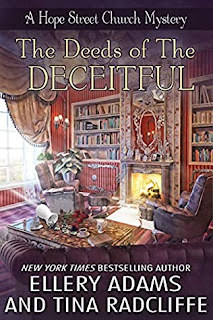 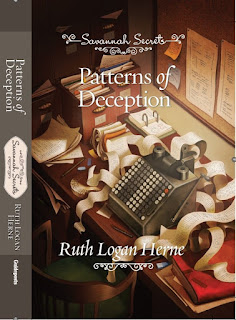 I hope you give cozy mysteries a try, if you haven't already. It's a great way to pass a few hours, guaranteed to put a smile on your face and make your heart a little lighter. Reading a cozy mystery with a mug of your favorite hot beverage (lemonade substitutes nicely in the summer), a comfy corner, and a snuggly dog or cat if one is available. 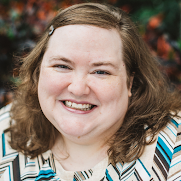 Carrie Schmidt is an avid reader, book reviewer, story addict, KissingBooks fan, book boyfriend collector, and cool aunt. She also loves Jesus and THE Story a whole lot. Co-founder of the Christian Fiction Readers' Retreat and JustRead Publicity Tours, LLC, Carrie lives in Georgia with her husband Eric.
She can be found lurking at various blogs and websites (because she can't stop talking about books) but her main home is the blog she started in 2015 - ReadingIsMySuperPower.org.
Source: seekerville.blogspot.com
+ Sharelabels (2)Flag
AllCarrie Schmidtcozy mystery

25 Comments on Seekerville: The Journey Continues: Ten Clues You Are In a Cozy Mystery

Report "Ten Clues You Are In a Cozy Mystery"