A Model of Devotion--coming in October

A Model of Devotion--coming in October 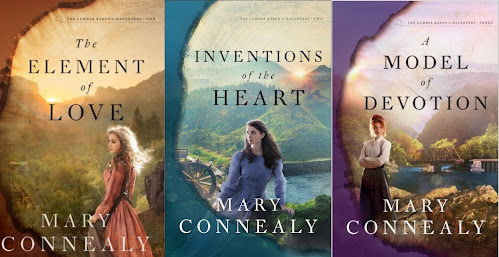 The exciting conclusion to The Lumber Baron's Daughters series is coming in October.

A Model of Devotion...plenty of danger and action and romance.

Jilly finally faces the fact that she has to get married to be safe. And yet getting marriage is the most dangerous thing she can imagine. 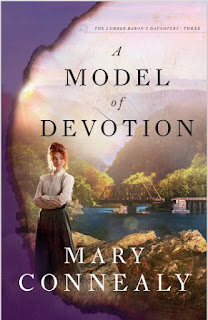 She's finally claimed her independence . . . how far will she go to keep it?A brilliant engineer, Jilly Stiles has been educated since childhood to help run her father's lumber dynasty. With the company safe from her stepfather after the marriages of her two sisters, Jilly can now focus on her dream of building a mountaintop railroad--and never marry.Nick Ryder came into Jilly's life when he saved her mother from her no-good stepfather, and he's prepared to protect Jilly from anything that threatens to harm her--as long as he keeps his heart from getting involved.But when a cruel and powerful man goes to dangerous lengths to make Jilly his own, she must make a decision between her safety and her hard-won independence.

This week I'm on my way to a writer's conference.

I'm so nervous I can't STAND IT!

I've done a few, very few things out in the real world but mostly within my small bubble of close friends and family.

But I love the ACFW Conference and am determined to go. So...

I'm trying to ignore the upcoming conference, all while packing and planning and booking flights and a hotel room.

And yes, it's a little insane. But I think now instead of crazy, they say you're compartmentalizing.

So I can pick out clothes and pack a suitcase, while ignoring that I've got to get out of my bubble for a while. 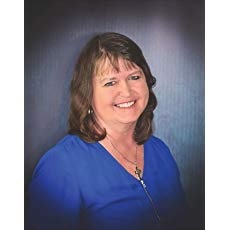 I've got writer friends coming, including some Seekers, that I want to see so BAD!

So I'm doing it and I've got a new release coming to promote so it's a good thing, right?

Have any of you done this? Stepped back out into the real world boldly? Or had trouble doing it?

I'm a serious introvert. I think introverts make the best writers, because liking people is just so TIME CONSUMING. And not to say I don't like people...I just don't want to talk to them, or see them, or be out of my recliner.

That's not the same as not liking someone.

So tell me how you've emerged from your cocoon. Are you an introvert and an extrovert and, btw, I WOULD think Introverts make the best writers, now wouldn't I?

And maybe, I'll see you in St Louis.

9 Comments on Seekerville: The Journey Continues: A Model of Devotion--coming in October

Report "A Model of Devotion--coming in October"