The Blessing You Find Along the Way

The Blessing You Find Along the Way 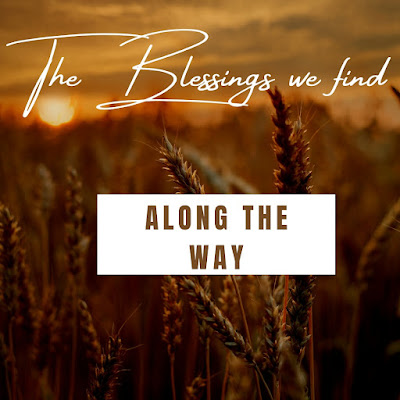 Being a writer can seem isolated at times. It’s just us and our computer, (and sometimes writer’s block) typing away for hours on end. Amidst the looming deadlines, it’s easy to lose track of time and the things happening around us. It’s just us and a whole lot of blood, sweat, and tears, (and of course our favorite snacks such as Bai Coconut water and peanut butter M&Ms—just saying!).

Despite the sometimes-hectic pace we keep, there are many blessings to be found along the way. The biggest for me are the wonderful readers and authors that I’m happy to call my friends, and the hidden gems I discovered while doing research that I know came straight from God. 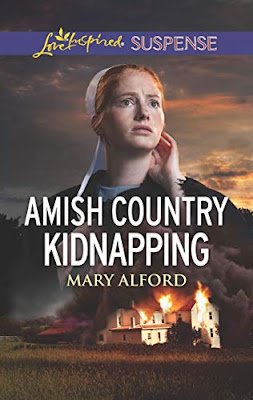 For those of you who aren’t familiar with me, I write Amish Romantic Suspense. I started writing in the genre a few years back after reading Beverly Lewis’ THE SHUNNING. I fell in love with the Amish genre. It’s so much fun to read and to write.

When I started AMISH COUNTRY KIDNAPPING, my first Amish book for Love Inspired Suspense, I wanted the Amish community to be remote and set in the mountains. I feel the setting is very important in suspense in that it helps to create an atmosphere of danger and intrigue.

Did you know there are actually several Amish communities in Montana?

When I found the West Kootenai Amish community, I fell in love with its remoteness. The community can only be reached by crossing the Koocanusa Bridge, which is over Lake Koocanusa. 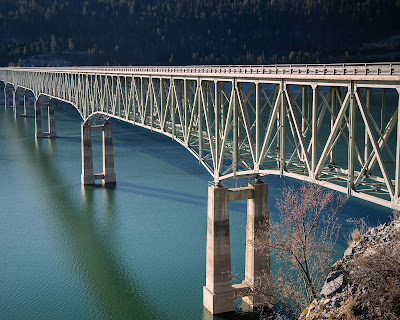 I’ve written 6 books so far that are set in this community. Several revolve around 5 brothers. The last book about the Shetler brothers of West Kootenai will be released in March of 2023. 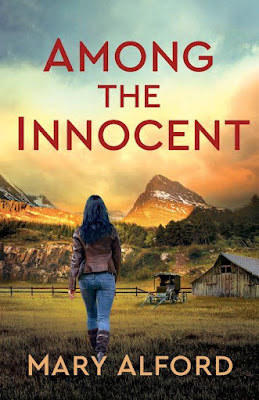 My latest release came out June of this year through Revell and is entitled, AMONG THE INNOCENT. The story takes place in the Amish community of St. Ignatius, Montana.

There were so many hidden gems to be found in St. Ignatius and it was a joy to research.

The community is the only Amish community in the US to sit on tribal lands. Both the community and the town of St. Ignatius are part of the Flathead Indian Reservation. And there are 3 different law enforcement agencies that have jurisdiction over the area. The tribal police, the St. Ignatius police force, as well as the sheriff’s department out of Polson. All 3 police agencies are featured in AMONG THE INNOCENT.

But my favorite gem of all was discovering the historical St. Ignatius Mission which features 58 hand-painted murals painted by Brother Joseph Carignano, a self-taught artist who worked as the mission cook and handyman many years ago. The beauty of the mission is something to behold.

When I set out to find the perfect mountain location for AMONG THE INNOCENT, I had no idea the wonderful gems I would uncover that would make their way into the book. I hope readers will see them and be as thrilled by St. Ignatius as I was.

So, what’s next? Well, we’ll be traveling to the Ruby Valley of Montana, to a small (fictional) community there sometime in 2023. I’m excited about starting a new book as well as creating my first fictional community.

As a reader, are there certain aspects of the Amish way of life that you like to see in a book? Which ones would you prefer not to read about? 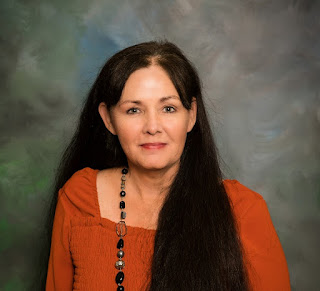 USA Today Bestselling Author, Mary Alford loves giving her readers the unexpected, whether it be in a rugged mountain setting or a simple Amish community having the reader finish a book and say, wow, I didn’t see that coming, is a joy.

Mary is published through Annie’s Publishing, Love Inspired Suspense, Forget Me Not Romances, as well as being an Indie Published Author. Mary’s first book through Revell Publishing entitled Among the Innocent features an Amish suspense theme with a twist.

As a writer, Mary is an avid reader. She loves to cook, can’t face the day with-out coffee, and her three granddaughters are the apple of her eye. She and her husband live in the heart of Texas in the middle of 70 acres with two very spoiled cats and a sweet rescue dog named Cody.

Mary is regularly active online and would love to connect with readers on Facebook and Twitter or any social platforms listed at www.maryalford.net.

About AMONG THE INNOCENT

When Leah Miller's entire Amish family was murdered ten years ago, the person believed responsible took his own life. Since then, Leah left the Amish and joined the police force. Now, after another Amish woman is found murdered with the same MO, it becomes clear that the wrong man may have been blamed for her family's deaths.

As Leah and the new police chief, Dalton Cooper, work long hours struggling to fit the pieces together in order to catch the killer, they can't help but grow closer. When secrets from both of their pasts begin to surface, an unexpected connection between them is revealed. But this is only the beginning. Could it be that the former police chief framed an innocent man to keep the biggest secret of all buried? And what will it mean for Leah--and Dalton--when the full truth comes to light?

USA Today bestselling author Mary Alford keeps you guessing as two determined souls plumb the dark depths of the past in order to forge a brighter future--together.

Leave a comment and be entered for a chance to win a copy of Mary’s latest release, AMONG THE INNOCENT.

9 Comments on Seekerville: The Journey Continues: The Blessing You Find Along the Way

Report "The Blessing You Find Along the Way"