Published:
by Pam Hillman
You want your characters to be quirky, but not too quirky, right? You want them to have real flaws and believable habits, but not come across as a basket case of nervous energy, or just plain loopy. And you want people to identify with them, right.

So, how quirky is too quirky?

A man who rubs his feet together to fall asleep. His wife has to be wearing socks to snooze.

What about a dirty napkin phobia? One woman said that she never crumples her used napkin. She folds it. If someone else crumples theirs, she can't keep from looking at it. And don’t expect her to touch someone else's crumpled up napkins when cleaning up. Now that’s a phobia. 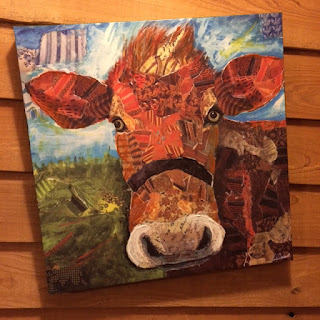 One of my own pet peeves: A crooked picture drives me insane. I will straighten them whenever I see them.

I can’t stand for a stack of stapled papers to be haphazard. I will take out the staple and re-staple them together all nice and neat. Completely oblivious to my little habit, I did this once while the guy who’d stapled them together was standing next to my desk chatting. It was kinda embarrassing when he pointed out what I’d done. Oops!

I’ve heard of someone saying it was impossible for them to fall asleep lying down. That one has me scratching my head, and I’d like to ask that person how they do fall asleep. Maybe they sleep in a recliner or something!

I'm a hand washer. I wash my hands all the time. The first thing I used to do when I got to work was to wash my hands. Of course this was a good habit to have to keep germs away.

I love this one… One woman reported that she has a thing with even and odd. She doesn't like odd numbers so she only deals with things that are even. She can't just have one cookie, she has to have two, and if she gets three, she’ll need another one to make it even.

So, how about three Krispy Kreme donuts, please? Using her phobia, I’d have to have four!

I’ve got pages and pages of these quirks I’ve saved over the years, and I imagine your particular quirk is on the list. Dollars to donuts, your quirk is also somebody else’s quirk, and even more importantly, can become one of your character’s quirks.

Three more, because I can’t resist…. 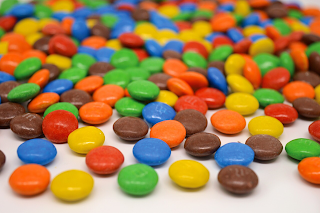 M&M’s are a popular quirk, from eating them before a flight, to before a doctor’s appointment, to sorting them into piles and eating certain colors. One man said that the more blue M&M’s, the better his flight. A former co-worker of mine sorted her M&M’s before she ate them. She ate all of one color, then the next color, and so on. Any of you have a M&M quirk?

Another plane quirk: One woman said she has to tap the outside of the plane ten times. Someone else said he sleeps with a window open—even in the dead of winter, and will not sleep with his head pointed toward a door. Now, this I can understand. I wouldn’t want my head pointed toward a door while sleeping. Makes perfect sense to me!
Anybody feel up to sharing their quirks, or even better quirks you've given your characters? Or quirks you've discovered while reading other's books that you found interesting, funny, or really odd? Quirks in movies? I can think of a few. :)

CBA Bestselling author PAM HILLMAN was born and raised on a dairy farm in Mississippi and spent her teenage years perched on the seat of a tractor raking hay. In those days, her daddy couldn't afford two cab tractors with air conditioning and a radio, so Pam drove an Allis Chalmers 110. Even when her daddy asked her if she wanted to bale hay, she told him she didn't mind raking. Raking hay doesn't take much thought so Pam spent her time working on her tan and making up stories in her head. Now, that's the kind of life every girl should dream of. www.pamhillman.com