Advent Day 20 - One Memorable Christmas (and what it taught me) 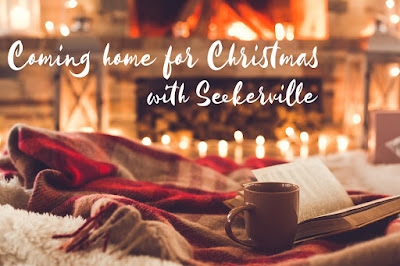 Oh, what fun to be visiting Seekerville at Christmastime! Happy sigh. The very best part of the Christmas season is the time I get to spend with my favorite people!

I just love this time of year. I have to say, though, the day I love best is actually Christmas Eve. There’s something special about the last day before Christmas. All the work and preparations are done, the family has gathered close, and yet there’s still the hushed sense of sweet anticipation hanging in the air. For many years now, we’ve finished this beautiful day by attending a candlight service.
When I was growing up, my family attended a very small, very sweet church in rural Georgia. Our minister traveled from a long distance to preach each Sunday, and it just wasn’t feasible for him to do a Christmas Eve service. I had never attended one.

A few years after I married, though, I experienced my very first Christmas Eve service. The gray stone church my husband and I went to that night reminded me of an Old-World cathedral. It was draped with green garlands for Christmas, and it was breathtakingly lovely. I thought the solemn candlight service held inside its echoing walls was the most beautiful and meaningful thing I had ever experienced, and attending the annual event became a Christmas Eve tradition.

I invited my parents the following year, and they loved it, too. As our children were born, they attended along with us. Every year, the service was moving and special—but I’ll always remember one year that had a little extra dash of magic.

We were savoring the final moments of the service. The sanctuary went completely dark, symbolizing the bleakness of the world before Christ’s arrival. The minister lit his candle from the Christ candle on the advent wreath and, with only his face illuminated by the flickering light, began reciting the famous passages from Luke. We were sitting in the pews, our own stubby white candles waiting to be lit, gearing up to sing Silent Night, as we’d done every year. I was anticipating the magical moment when each of us would be holding a little pinprick of light—but I admit, I was also privately wondering how I’d keep my eager children from setting each other or the sanctuary itself on fire.

I glanced up—slowly, the giant, incredibly lovely stained-glass window at the front of the church began to glow with light. It started dim, then increased in brightness with every word the pastor read. By the time he’d finished the passage, the round, jewel-toned window was shining brilliantly against the darkness of the sanctuary. The whole congregation stared, slack-jawed until the minister, unaware of what had happened behind him, finally caught on and turned around. I’ll never forget the look on his face!

It turned out that the spotlight out on the front lawn had simply powered on as it did every night at a particular time, illuminating the front of the building. It wasn’t intentional, but the timing that night was absolutely impeccable. It was as if God had reached down and switched on the light Himself, just at the perfect moment.

We can no longer attend that stately old church, but I’ll always treasure the many beautiful Christmas memories we made there. So, for today’s “Georgia Christmas Memory” giveaway I’m offering a Georgia necklace, a “Merry Christmas” candle, an ornament featuring a sweet church, and a copy of my brand-new Love Inspired romance A Rancher to Trust—perfect to read beside a twinkling Christmas tree! 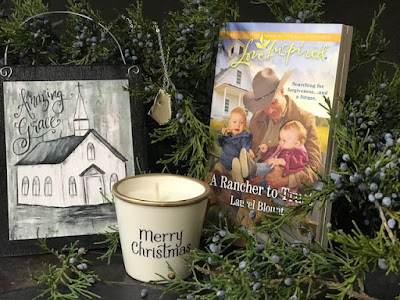 May all your Christmases be blessed, sweet friends—and sprinkled with moments of unexpected, amazing beauty! 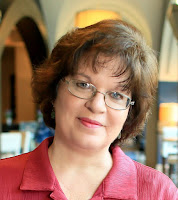 Inspirational romance author Laurel Blount has been awarded the Georgia Romance Writers’ Maggie award and has been a finalist for the Carol award, the Holt Medallion and the New England Reader’s Choice Award. Stay in touch by subscribing to her monthly newsletter, full of news, down-home recipes and fun giveaways!
Source: seekerville.blogspot.com
59 Comments+ Sharelabels (4)Flag
AllAdvent 2019ChristmasChristmas 2019Laurel Blount

Advent Day 16: Christmas Traditions That Tie Your Past to Your Present

Advent Day 13: It's a Wonderful Life

Advent Day 12 – When You Can’t Be “Home” for Christmas

Published:
Please welcome guest, Candee Fick
I’m thrilled to be back on Seekerville in time for a Christmas countdown. And like the others so far, I’ve got a Christmas memory and a giveaway…
First, the memory.
A few weeks ago, here in Colorado, we got a dumping of snow. And while we had to dig out from almost 20 inches of the white stuff right before Thanksgiving, it wasn’t the biggest storm I’ve experienced. That one was dubbed the Blizzard of ’82. (Yes, 1982. And if you’re into math as well as reading, I was eleven at the time with two younger brothers.)
It was Christmas Eve and we began our annual trek from the foothills of Colorado four hours south into New Mexico to celebrate with my grandparents. I say began, because even though my parents roused us long before dawn due to the falling snow, it was after noon before we’d made it to the south side of Denver.
At which point the Interstate was closed and we were forced off the highway into the small town of Castle Rock. The highway patrol made it sound like the unhindered plows were going to sweep down the road and then traffic would be allowed access again. 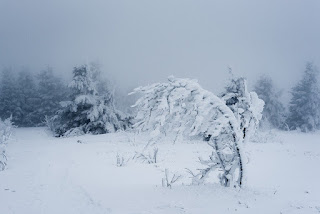 But the snow kept falling and their plans changed and suddenly we were stranded away from home for the night while every available hotel room in town was already taken. I can’t imagine what my parents were feeling to be out of options, but I do remember Dad pulling into a gas station to fill up the tank thinking we’d be staying in our car overnight with the engine and heater running.
Merry Christmas, right?
But once inside to pay (we used to do that back in the day), he learned that a local church had opened their doors as a shelter for stranded travelers and our family headed there instead.
What happened next was the most meaningful Christmas I’ve ever celebrated. Away from home and extended family. Surrounded by strangers. Eating a haphazard potluck donated by local women and grocery stores. Attending a very traditional Christmas Eve service in jeans and snow boots (a far cry from my Pentecostal, dressed-to-the-nines childhood) while my mother played the piano and my brothers and I were asked to light the Advent candles (something I’d never heard of before). Sleeping with my mom on a couch in the ladies’ restroom while my brothers and dad slept on the floor in a nursery. Awakening on Christmas morning with no presents in sight…except the gift of more donated food and the laughter of new friends as a white-bearded fellow traveler in a long-sleeved red shirt handed out donated net stockings filled with candy and small toys to the smaller children. 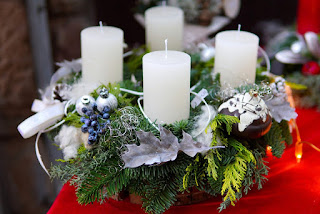 It was the heart of Christmas amid two feet of snow. And even though later that day we were able to continue our journey to my grandparents’ house, I’ve never forgotten the reminder that the home of Christmas is rooted in the celebration of Christ’s birth not our traditions or decorations.
Now, the giveaway. Actually, there are two. First, since Audra loved it so much, I’m letting you all download the recipe for Pumpkin Pecan Tea Bread https://candeefick.com/wp-content/uploads/2019/11/Pumpkin-Pecan-Tea-Bread-Recipe-1.pdf that I gave to all my newsletter subscribers. There are those who think pumpkin is a Thanksgiving flavor, but I find the mixture of pumpkin and cinnamon equally festive for Christmas.
And for one lucky random commenter, I’ve got an ebook copy of my next book that’s releasing on the 15th. (It’s on a pre-order special of just $.99 so grabbing it now would be a good idea.) https://www.amazon.com/dp/B081BB5RNF Home For Christmasis the final book in the Wardrobe Series and continues the plotline of a secondary character from Sing a New Song, so you might want to pick that one up too. https://www.amazon.com/dp/B07QHYNTJC/ 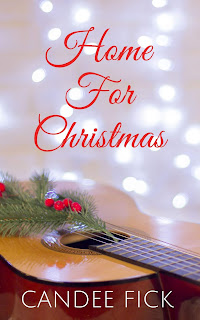 The blurb:
Grace Mitchell's dream of creating music derailed when she saw firsthand how fame could change a person. After choosing a more stable career, she's content to build her future in backwoods Missouri until the reminder of her broken heart walks in the door of her father's bait shop.
Tyler Sherwood left it all behind for a chance at the national spotlight, but a backstage revelation changed everything. Embarrassed to face his family after his failure, he retreats to a rustic cabin to regroup...and comes face to face with an intriguing young woman and an old guitar.
When sparks fly, will they leave her singing or singed? Can the message and the music reignite dormant dreams and bring him home for Christmas?
So, here’s the question for you. How would you celebrate if you were far from home at Christmas? And have you ever been stranded in a storm with strangers?
-----

BIO: Candee Fick is a romance editor for a small Christian press and a multipublished, award-winning author. She is the wife of a high school football coach and the mother of three children, including a daughter with a rare genetic syndrome. When not busy editing or writing, she can be found cheering on the home team at sporting events, exploring the great Colorado outdoors, indulging in dark chocolate, and savoring happily-ever-after endings through a good book.
You can find out more about her and sign up for her newsletter on her website  https://candeefick.com or head straight to Amazon to find all her books. https://www.amazon.com/Candee-Fick/e/B0056B94VE/
Source: seekerville.blogspot.com
37 Comments+ Sharelabels (2)Flag
AllAdvent 2019Candee Fick