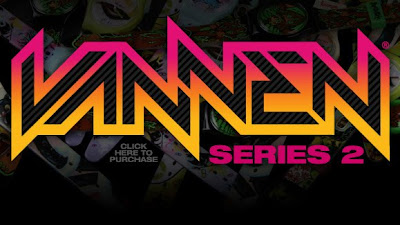 Created on the premise that this genre of wearable art would never get made otherwise, founder David Stowe and an amazing lineup of artists have come together to bring Vannen to life. Their impressive Series Two collection of limited edition Vannen Watches features designs by Bigfoot, Blaine Fontana, Thomas Han, Brian Ewing and Travis Lampe.

Vannen captures the electrifying worlds of art, fashion, and pop culture and infuses them into every limited edition timepiece they produce. Featuring exceptional, highly collectible, limited edition, quality driven timepieces at affordable prices. Constructing wearable art that is both functional and accessible - but still exclusive - Vannen gives the public a new way to showcase their taste in art, fashion and style without breaking the bank.

Bigfoot "100,000 Years"
limited edition of 500
Originally from New Jersey, young Bigfoot fled to California to be closer to the big trees. Disassociated from art school and human society, in 1994 he started writing "Bigfoot" in the streets of San Francisco with relentless fury. Often working with house paint and wooden panels, his work depicts the conflict between the respect for nature held by the artist's cast of Bigfoot characters and the destructive agenda of mankind. Despite the artists reclusive nature, Bigfoot has managed to stay active in society with art shows in America and Japan and by also designing skateboard graphics, toys, limited edition art prints, footwear and apparel... which most recently included collaborations with The North Face and Hurley International. His eponymous character and his love of heavy metal - and especially the masked rock group KISS - play a major role in his studio work as well as his highly recognized street art.

Bigfoot at work and samples of his artwork (below) 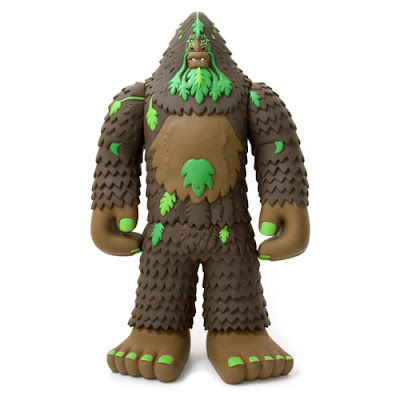 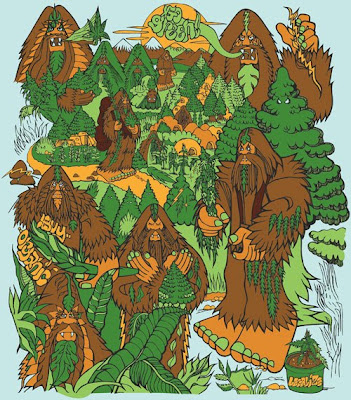 Travis Lampe "Songs for Baby Hydras"
limited edition of 500
Travis Lampe grew up in a small town in rural Kansas. His older brother and his friends never let him play “Dungeons & Dragons,” not even as a dwarf, so he was forced to search for another creative outlet. After briefly considering vandalism, he discovered the strangeness of old-timey cartoons. In fact, he became enamored by them and began making elbow-less characters of his own. His toys and paintings tend toward an ironic take on sadness and angst, probably as a result of never getting to play “Dungeons & Dragons.” He has a level-one dwarf character ready to go in case his brother changes his mind. Travis currently lives and works in Chicago and shows all over the U.S. and internationally.

Samples of Travis Lampe's artwork (below) 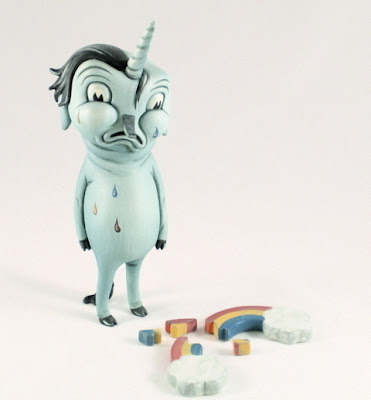 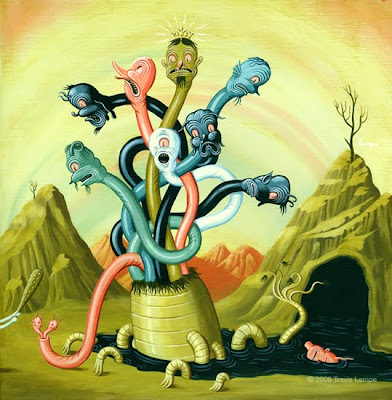 About the Artist: Thomas Han was born in 1979 in Taiwan, and he spent his formative years in San Francisco. He now resides in Los Angeles where he finds himself an oddball embraced by the evolving art scene. Han is known for his colorful, character-driven silk screens and paintings. He takes all the destruction and hedonism in today's world and channels it into his art. These highly original works are the culmination of a process he calls "Tradigital." Han believes his work can comfort people from the growing vices facing society. He is a walking, talking contradiction, yet he is also a hopeless believer. On the surface, his work appears cute, but seething just underneath are serious subjects like pain and addiction. Thomas' message of want, desire, addiction, and the curious world of exaggerated pop and color are all wrapped up into well-perfected imperfections of candy-coated pieces. 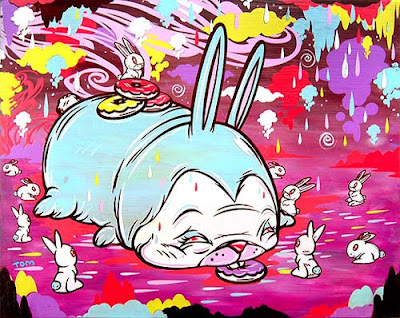 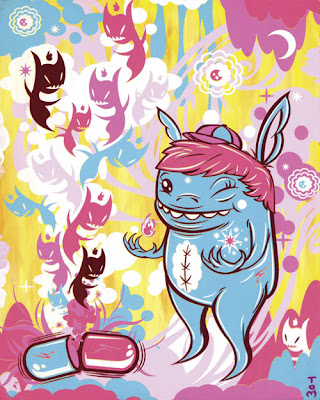 About the Artist: Born in the Pacific Northwest, Blaine Fontana began his interest in art at a young age. He was always encouraged to use his imagination throughout his art education. While attending and earning a BFA in Communication Art/Design from OTIS College of Art and Design in Los Angeles, he worked at becoming a graphic designer and art director for a cutting edge design firm, a fashion/lifestyle magazine, and a young men's apparel company. As Fontana began to focus on his fine arts career, he has designed, exhibited, and licensed his work with a variety of galleries and companies such as KFC intl., LeBasse Projects Gallery, SCION, Upper Playground, NIKE, Kidrobot and others. Between managing his design studio with creative partner and wife, Eugenie Jolivett, Fontana's time is still spent working on his "Urban Contemporary" paintings for galleries and private commissions. 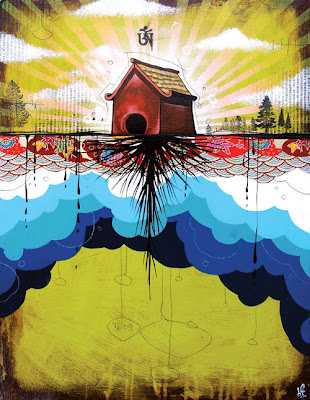 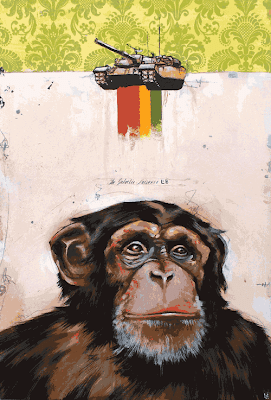 Brian Ewing "Black Curse"
limited edition of only 50
Sooner or later in life, someone's going to curse you. The only way to avoid such ugliness is to take control of your destiny and, essentially, curse yourself. Teamed up with New York-based poster artist and designer Brian Ewing to bring you the Black Curse watch. Brian's mark is visible all over the black, red and gold palette. Snakes, skulls and skeleton keys--all familiar graphics from his arsenal--cover the band, faceplate and packaging with curses.

This Black Curse watch is limited to 50 pieces worldwide and comes with extras! - a signed and numbered 8"x10" giclee print (on acid free velvet cotton rag with archival inks) designed specifically for this release and available nowhere else. You can see the print below... 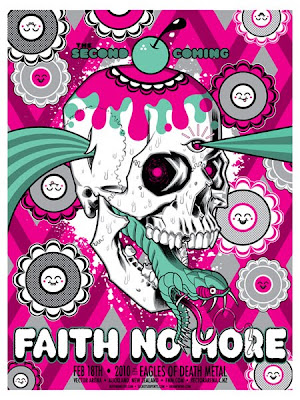 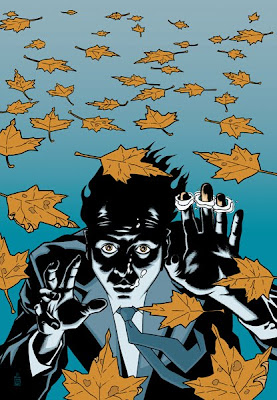 Individually inspected, assembled and packaged by hand in Los Angeles, every watch is treated like a true piece of art. Designed by some of the world's most exciting multidisciplinary artists, Vannen creates wearable art that appeals to forward-thinking, style-savvy individuals while honoring the distinctive vision of our team of cutting edge artists. Every Vannen watch is a collaboration, from the design and packaging to the bonuses that have become a cornerstone of the Vannen experience. There is no single Vannen aesthetic. You just know a Vannen watch when you see one.

Based loosely around the Swedish word for friend, Vannen Watches takes a pro-artist stance and strives to build a global community of friends united by art. When you collect Vannen, you can feel good about your purchase. Your investment is felt directly by the artists, and you become part of the cycle of friends supporting friends. Each collection of watches bolsters the art scene by bringing awareness to emerging artists and inviting the world to experience something new.

Vannen is for the artists, the shops, the galleries, the collectors...and most importantly you. 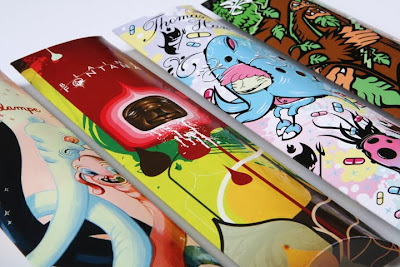 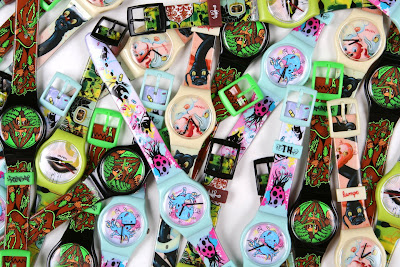