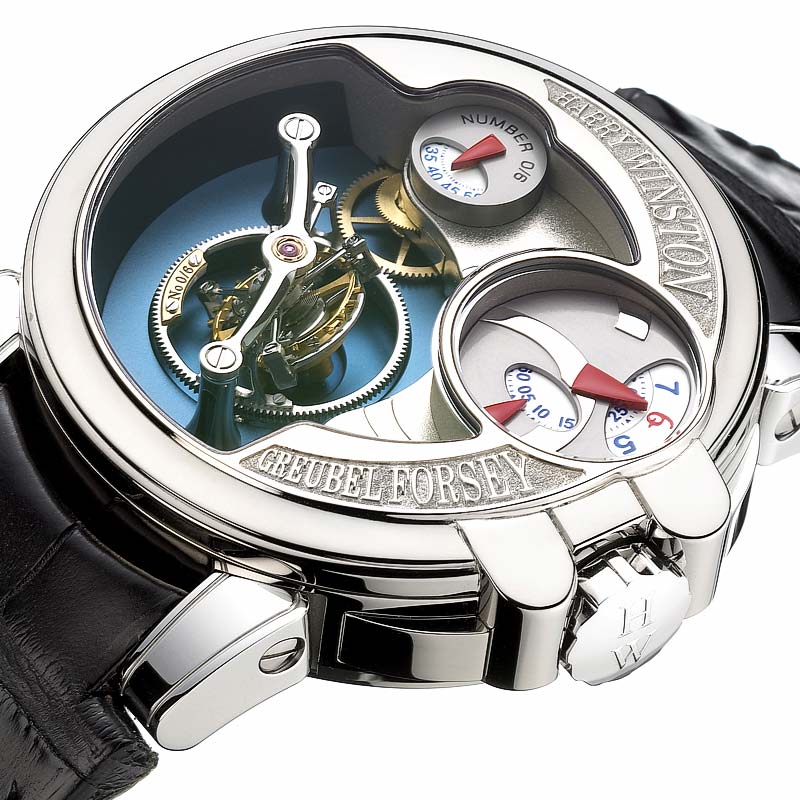 The Opus series for Harry Winston has produced some of the most phenomenal timepieces in history. Designed and built by "mechanical architects" Robert Greubel & Stephen Forsey, the sixth in a series of collaborations with independent watchmakers taking complications to a new level of complicated.

Greubel & Forsey (Opus 6) along with previous designers Vianney Halter (Opus 3), Felix Baumgartner and Martin Frei (Opus 5) have all been creating new inventions of timekeeping, new mechanics of time making and new aesthetics of time viewing. It also may require new methods of moneymaking.