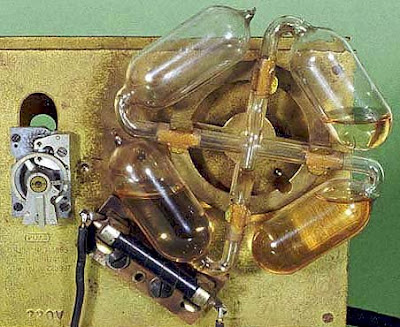 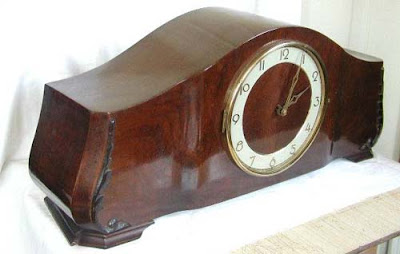 Now look inside and see the thermo-pneumatic tube movement! 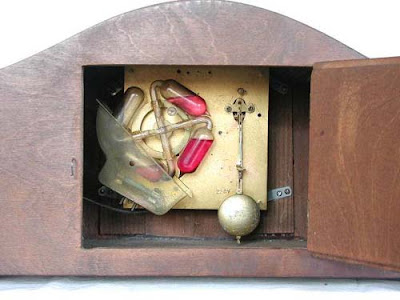 "At the lower left, shielded by a translucent housing, is a carbon rod resistance that heats the colored alcohol in the glass vessel just above it. This causes some of the alcohol to vaporize, the pressure pushing the liquid up the connecting pipe to the vessel at top right. As the latter gets heavier the wheel bearing the four vessels experiences a torque that rewinds a remontoire spring driving a conventional gear train and escapement. This clock has a pendulum-controlled escapement, but models with balance wheel escapements also existed."

The firm of Jauch and Schmid was registered in 1930. 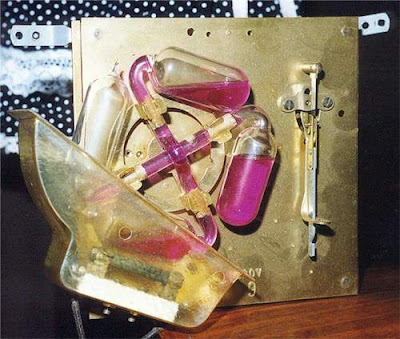 The back of a Puja clock from German firm of Jauch and Schmid. 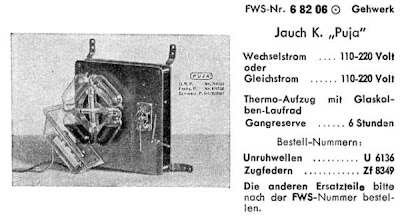 Original advertisement for a 1940 Puja Clock In addition to the knife watch from Sicura, strangulation watch from James Bond and the self-Defenseband, this antique novelty lighter watch is the perfect gift for that murderous paranoid arsonist in your family!

"Wrist Lighter is the latest novelty for the smoker. Strapped on the wrist, and outwardly resembling a watch, it lights when the cover is flicked back, as demonstrated above. It is being marketed by Samuel Jones, Ltd., London."

Published:
Tired of circular and rectangular shaped cases? Me too! So then, here is a varied collection of triangular watches over the decades... 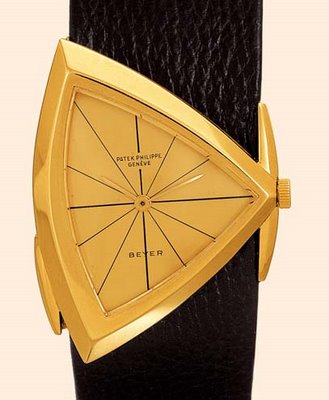 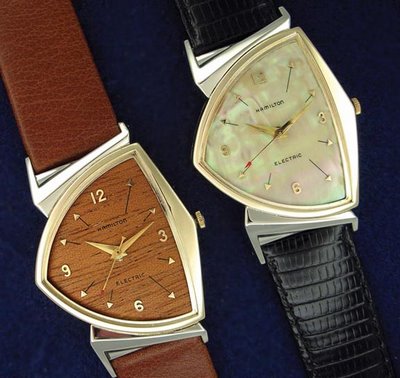 1961 Prototype Hamilton Electric Ventura
Mahogany & Mother-of-Pearl Pacer Prototypes
And there can't be any definitive triangular retrospective without the mysterious world of Masonic watches... Photos via Antiquorum and Rene Rondeau And a 1950 platinum and diamond Cartier "Gouvernail Ronde Squelette" could reach over $200,000-->Link