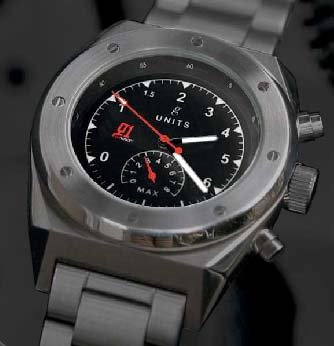 On-Motion of Finland has just developed the first ever g-force wristwatch, the G1. It's acceleration sensor for both existing forces and maximum g's have been integrated with a Swiss Quartz movement.

People can withstand up to 5 g's without special equipment, a pilot in a g-suit can handle up to 10 g's. Appropriately, they have teamed up with Finnish extreme flying champion Sami Kontio.

I'd be happy to measure the Coney Island Cyclone for them.