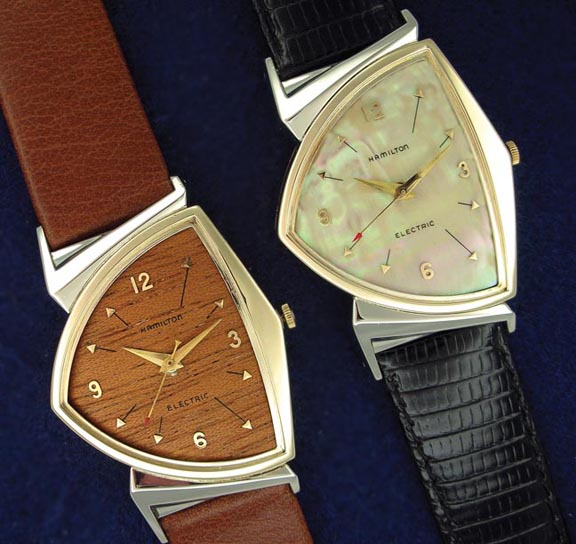 1961 Mahogany & Mother-of-Pearl Pacer Prototypes
Featured in the recent expanded & revised edition of Rene Rondeau's essential Hamilton Electric book, "The Watch of the Future", are these very rare prototype mahogany and mother-of-pearl dial Hamilton Electrics. Although shown here in the Pacer and Flight cases, they were part of an experiment in the Sherwood wood-dialed series (shown on bottom). 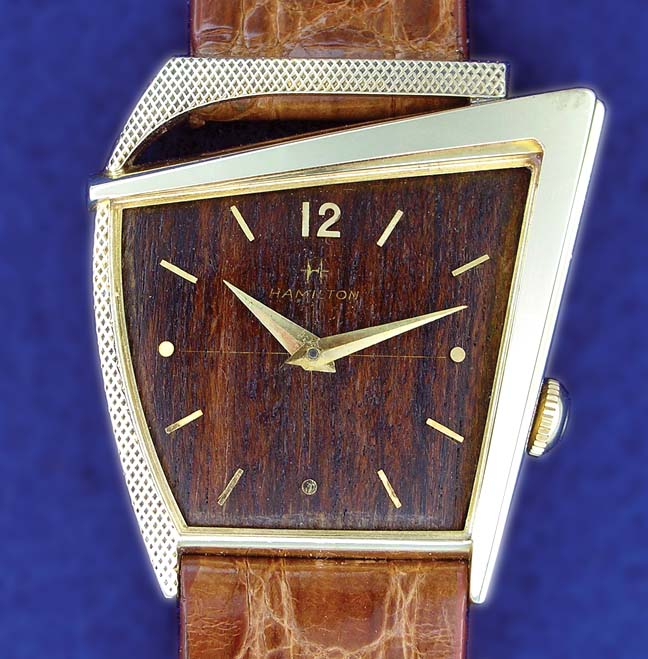 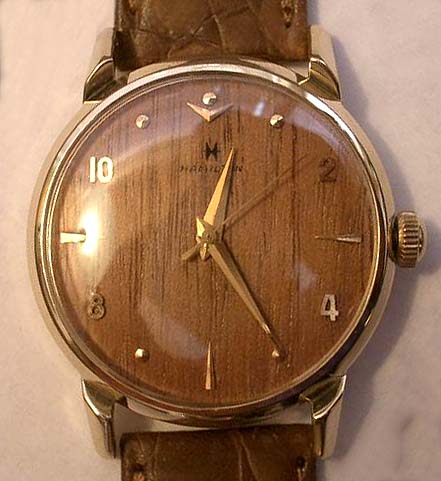