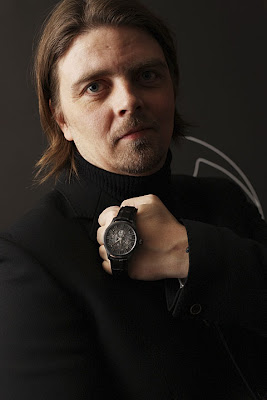 Black Moon Rising
by Alex Doak for The Watchismo Times

Stepan Sarpaneva's coolness factor continues to ascend. Probably the only watchmaker I know to attend Baselworld in jeans and t-shirt, he’s always deflected the stuffy purists with a bulletproof CV: complications watchmaker at Parmigiani, Vianney Halter and Christophe Claret…? Getouttahere! 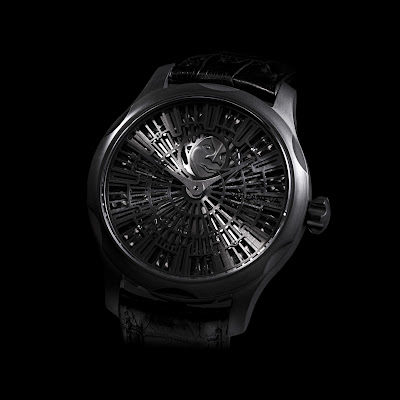 It’s no wonder he’s made it alone since 2004, with an eponymous brand of watches defined by his homeland’s brutal winters and a lifelong passion for heavy metal and motorbikes. (I told you he was cool!) As with its motorsport champions, Finland turns out a disproportionately high number of talented watchmakers – 38 per year to be precise – thanks to the Kelloseppä Koulu watchmaking school, but they all tend to migrate to repair shops or Swiss brands – even Kari Voutilainen, who defected years ago. Stepan therefore enjoys the rare privilege of being the only mechanical watch brand in Finland. As Stepan puts it himself: “I am on my own. This is the Finnish way; the melancholy; the loneliness…” 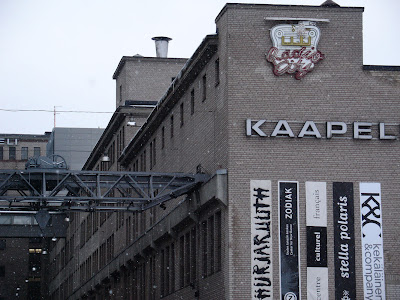 It was to Stepan’s workshop in Nokia’s old cable factory in Helsinki – now an über-hip commune of cool arty types – that a select bunch of journalists and friends gravitated in late January. Gesturing across the vast industrial plot, he declares, “One day, all this will be mine!” before we board a rickety elevator and creep down a squeaky-clean corridor. Through an anonymous door, we find Stepan’s prodigal recruits from Kelloseppä, Hanna and Jarmo, beavering away on ranks of Korona watches – an ultra-cool feat of skeletonization first leaked on these pages. 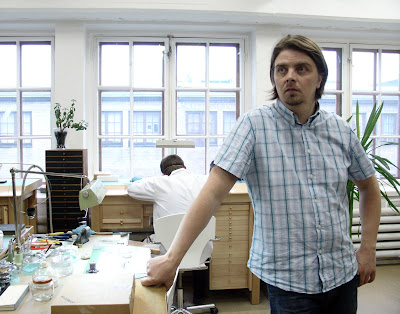 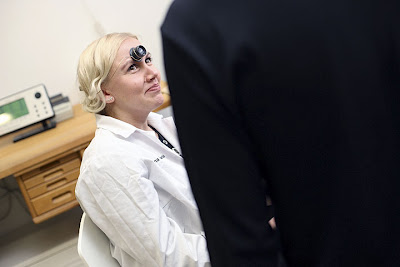 The eagle-eyed were pleased to spot several clues to Stepan’s pedigree dotted around the workshop: besides the obligatory framed portrait of Breguet, a littala vase (Stepan’s uncle Timo Sarpaneva designed the iconic “i” logo in 1956), a poster of his mother modeling latticework jewelery by his designer father Pentti, a hand sculpture by Pentti holding Stepan’s original Harley Davidson kick-start-pinion pocket watch… and, er, a stack of Monster Magnet CDs. 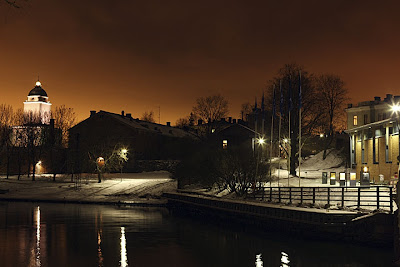 It was then to the ferry terminal, where we were conveyed to Helsinki’s beautiful UNESCO world heritage site, the Sea Fortress. Deep within the metre-thick bunker walls, by the flickering light of rusty candelabra, the purpose of our visit was finally unveiled: the Black Moon. It's a moonphase Korona K3, but, in a world-first, shows the New Moon rather than the Full Moon. It’s named after the opposite astrological event to a Blue Moon: when two New Moons occur within a single lunar cycle. What's more, Stepan has teamed up with a local illustrator and an aspiring poet to spin a Gothic fairytale around the whole thing, based on the legend of Lilith, the temptress demon who preys on unwitting men by night, as an owl. I know what you’re thinking, but, it all holds together well! Unfortunately you’ll have to buy the watch (€12,500) to see for yourself as the book of eight illustrations and the poem will only accompany the 20 editions. 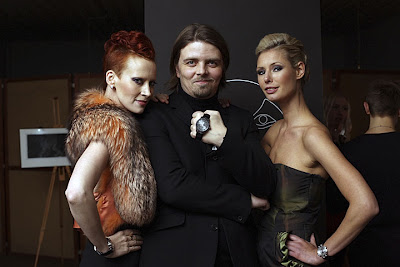 Ultimately, this Black Moon triptych answers a singular brief posed to his artistic collaborators by Stepan from the very start: to evoke the unique melancholy of Finland's relentless winter: “While I make the watches, you make the story!” It’s all terribly brooding and morbid, but it’s done in a terribly hip, black turtleneck type of way. Another slice of predictable cool from the scruffy Finn. 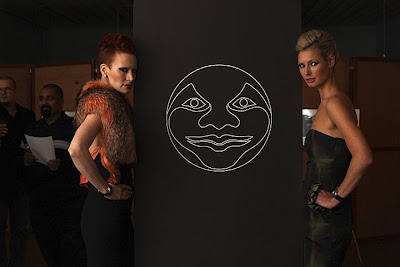 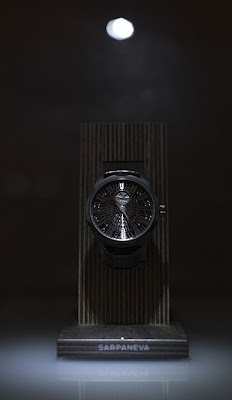