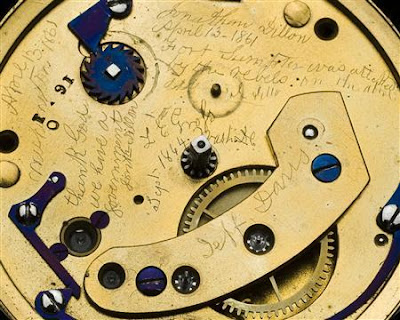 For nearly 150 years, Abraham Lincoln's pocket watch has been rumored to carry a secret message, supposedly written by an Irish immigrant and watchmaker named Jonathan Dillon.

Dillon, working in a D.C. watch repair shop in 1861, told family members that he -- by incredible happenstance -- had been repairing Lincoln's watch when news came that Fort Sumter had been attacked in South Carolina. It was the opening salvo of what became the Civil War. 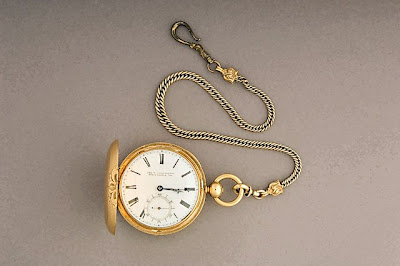 Dillon told his children (and, half a century later, a reporter for the New York Times) that he opened the watch's inner workings and scrawled his name, the date and a message for the ages: "The first gun is fired. Slavery is dead. Thank God we have a President who at least will try."

He then closed it up and sent it back to the White House. Lincoln never knew of the message. Dillon died in 1907.

The watch, meanwhile, was handed down and eventually given to the Smithsonian Institution in 1958. It didn't run anymore. No one had pried open the inner workings in ages. The old watchmaker's tale was just that.

And then Douglas Stiles, Dillon's great-great grandson, alerted Smithsonian officials to the family legend last month. He was a real-estate attorney in Waukegan, Ill., he explained. He'd heard the legend around the dinner table as a kid, but had just discovered a New York Times article from 1906, quoting Dillon as telling the story himself.

This morning, in a small conference room on the first floor of Smithsonian's National Museum of American History, officials decided to find out. Expert watchmaker George Thomas used a series of delicate instruments -- tweezers, tiny pliers -- to pull apart Lincoln's timepiece. He put on a visor with a magnifying lens and talked as he worked. Some of the pins were nearly stuck, he explained. The hands of the watch were original with a case made in America and the workings from Liverpool. The Illinois rail-splitter had splurged: The watch, Thomas said, would be the equivalent to a timepiece costing "$5,000 or more" today. 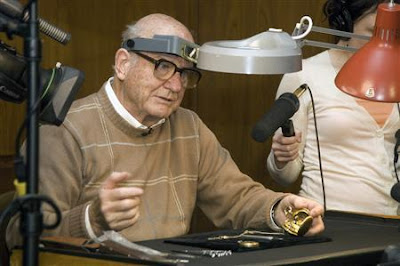 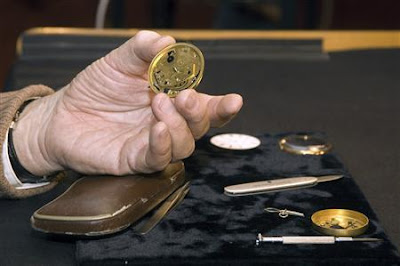 And then he pried off the watch's face, pulled off the hands, and turned it over to see the brass underside of the movement.

The audience, watching on a monitor, gasped.

Split into three different sections to get around the tiny gears, was this razor-thin etching: "Jonathan Dillon April 13, 1861. Fort Sumter was attacked by the rebels on the above date. Thank God we have a government."

The old man's memory had not been exact. He had not forecast the end of slavery, or Lincoln's critical role in its demise.

But it was there, a little bit of history that had been resting on Lincoln's hip, unseen during those tumultuous days of war and rebellion, the Emancipation Proclamation and the rest, and then resting, unseen, for more than a century and a half.

Stiles was delighted. "That's Lincoln's watch," he said after putting it down, "and my ancestor wrote graffiti on it!"

via The Washington Post and The National Museum of American History