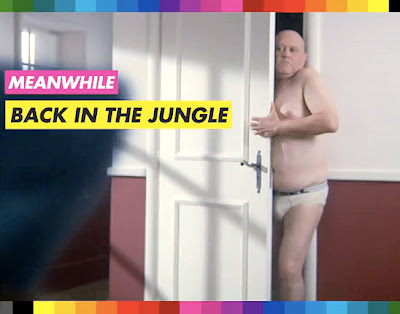 Japanese Oddvertisements of Seiko in the Early Eighties

A memoriam of dead rock stars and seiko watches...very strange indeed, especially when they show a pool for Brian Jones. I was totally expecting to see a toilet for Elvis. Their point? Maybe if they wore a Seiko, their time wouldn't have run out?? Video-->Link

A group of three commercials that include Mary Lou Retton creeping out a Doberman, A supercool car with hydrolic watch storage and lastly a commercial that can only be seen, not described. Video-->Link

This Baume & Mercier Commercial Made Me Pee

Now I understand the real reason I get weird looks at the urinals...
Video-->Link

Press play above or go to video-->Link

And a few more vintage spots below including a live dolphin licking/ticking test and hidden at the end of this reel (the spot after the Heinz pickles ad) is...well, I'll just say one very scary word. Mimes.

Press play or go to video-->Link

Published:
I'm struggling to find some more interesting vintage watch commercials, here's a few new ones. You can see a collection of the rest at the links below...
1970's Rotary LED watch commercial-->Link

All past vintage watch commercial posts; From the Edge of Time--From the Depths of the Earth!

So glad the future is over.