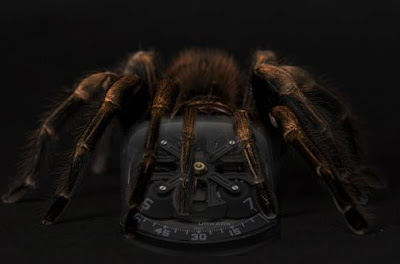 The Urwerk Tarantula, a brand new design from the Lennon and McCartney of the watch world - actually.. correction, the Jagger and Richards since Time is on Their Side. Watchmaker Felix Baumgartner and designer Martin Frei are appropriately at the Let It Bleed of their career. 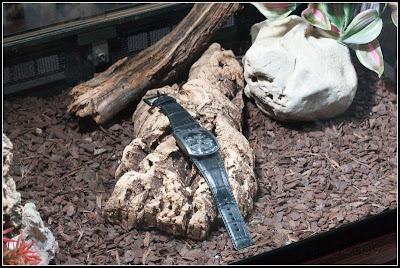 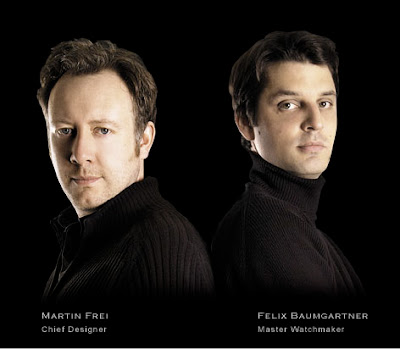 The ‘T’ in the 103T is at first a mystery, but only until the first look down through the massive sapphire crystal into the mechanism below. There you will sense a shape before you see it. A form slowly emerges from the orbital cross and stretches its mesmerising legs: ‘T’ for Tarantula. URWERK’s latest addition to the UR103 collection has a few genetic codes borrowed from one of the most famous members of the world of arachnids.

In the UR103T, the titanium cross has been replaced by a completely redesigned structure in ARCAP, a very stable copper/nickel alloy. The dark ARCAP wraps around the hour satellites in a protective embrace. This new configuration ensures that the numbers on the hour satellites can only be seen when they are required to tell the time while passing the arc of the minutes. The actual mechanism for rotating the satellites has been completely modified on the UR103T. With this model the satellites rotate simultaneously behind the scenes in multiple stages, in preparation for their turn to indicate the time. They actually perform a four-beat 480° pirouette. Each satellite turns four 120° turns in the period between leaving the minute arc and arriving again with a new numeral displaying. The orbital satellite complication is over 300 times heavier than traditional hands, a factor that requires absolute precision in the manufacture of its minuscule components, and in assembling, balancing and regulating the complication to obtain an excellent chronometric performance. 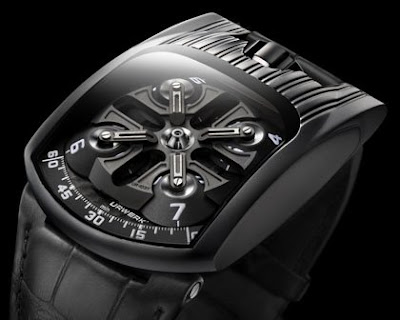 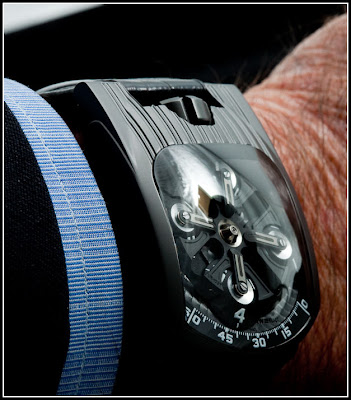 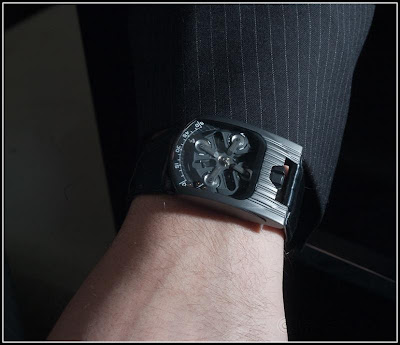 You can almost see the blood dripping from the wound 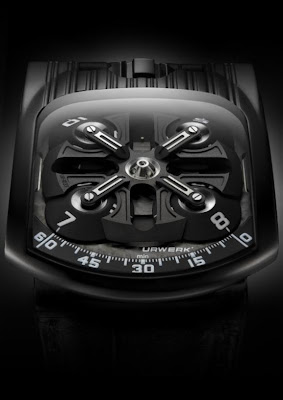 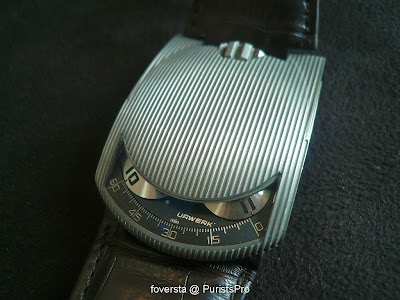 An early Urwerk with covered case, cool as %$#@! 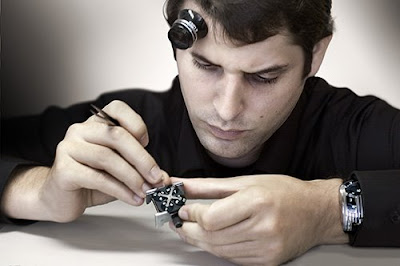 The Purists have posted some pretty amazing shots of the Jaeger LeCoultre Reverso Gyrotourbillon 2 as well as some brain busting technical information. Debuting in April 2008 at SIHH in Geneva, Jaeger LeCoultre will be introducing another mindblowing Gyrotourbillon movement but this time as part of the Reverso collection. The Gyrotourbillon features a spherical tourbillon with two carriages spinning on two axes freeing the regulating organ from effects of gravity in all positions. Reverso watches can be flipped over for alternative displays. The 2006 Reverso a Triptyque, one of the most complicated watches ever made and also the world's first three faced watch. The Gyrotourbillon 1 (above), first introduced in 2006 features a double cage tourbillon with equation of time and perpetual calendar and the Master Minute Repeater that produces tones at 55 decibels or double the volume of the world’s next loudest minute repeater.

To really appreciate the Gyrotourbillon, you must see it in action as shown on the video below;
Video-->Link
History of the Reverso - In 1931 British Polo Players in India requested a watch that could be worn during the hard charging clashes on the field. Responding to this Jacques-David LeCoultre and the Societe Jaeger turned to the most capable design engineer of the time, Rene-Alfred Chauvot. Chauvot’s solution was to make a watch that was a case inside a case. The inner case contained the movement and could be pivoted within the outer case (or carriage) that comprised essentially of a skeleton and watch lugs. Once the case was pivoted or reversed, the crystal was completely protected from blows. In 1991, Jaeger-LeCoultre’s CEO Gunther Blumlein unveiled the Reverso remade into a modern high complication with the Reverso 60eme. This was followed by a Reverso tourbillon in 1993 and a Reverso minute repeater in 1993. This year to celebrate the 75th anniversary of the Reverso, Jaeger-LeCoultre has exploited the unique architecture of the Reverso case to create the world’s first three faced watch. Fittingly this marvel dubbed the Reverso a Tryptique offers up a golden harvest of haute de gamme complication. (via Horomundi/Revolution)