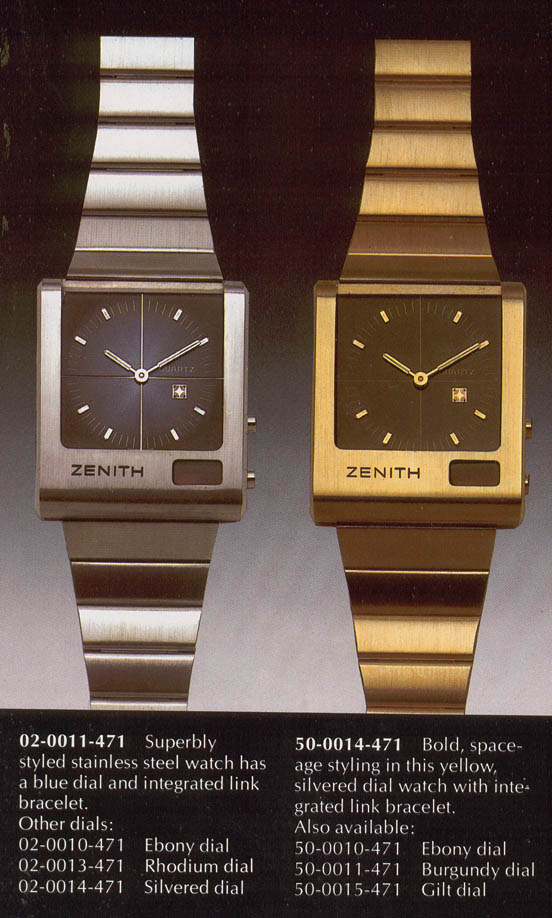 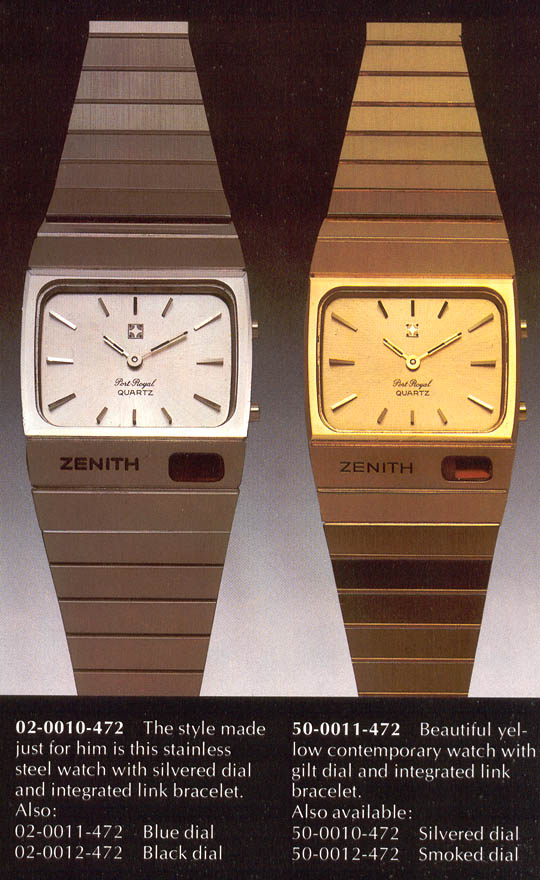 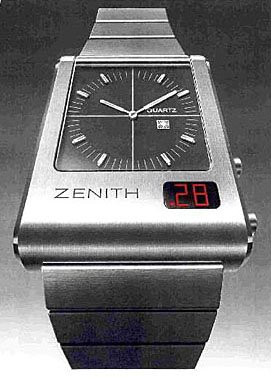 1976 Advertisement
Very few Swiss watch companies truly ventured into the digital age but Zenith found a happy medium with their 'Time Command' or 'Futur' and 'Defy Quartz' ana-digi wristwatches. The latest Quartz analog display with the only watch of it's kind to diplay am/pm, date and/or seconds with a tiny LED window. But the most spectacular angle of this design is the curved crystal cascading over the top of the case allowing an uncommon three-dimensional view of the dial and hands. 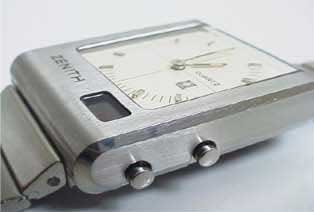 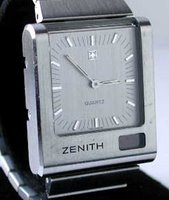 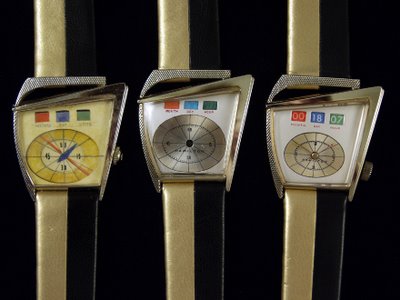 A day on Mars is 24 hours and 39 minutes long. Dealing with the needs to align the team to Mar's solar day, they contacted a local watchmaker to create the very first Martian Watch. Due to his inability to produce only a few digital timepieces with the extra 39 minutes for a reasonable cost, he experimented by manipulating a traditional mechanical watch by slowing the watch down with weights.

It seems a missed opportunity by what could have been a much more interesting design in the end. I think the JPL should approach an appropriate watch company (or vice versa, they're busy!) to produce a mutually beneficial and aesthetically desirable timepiece for dual Earth-Martian time. I'm sure there are enough geeks out there who'd buy one. At the same time, there is more charm to this story as told in the article and video below. A bit more of the NASA spirit. What am I talking about? God, blogs are silly.

Odyssey for the Hamilton Odyssey X-01 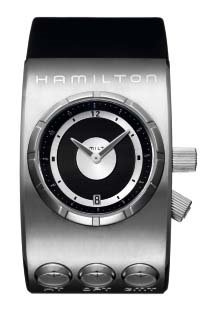 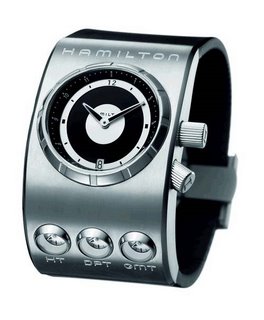 1966, Stanley Kubrick and Arthur C. Clarke commission a variety of companies to imagine & design futuristic products for the year 2001. Oh, yeah, and to be featured in the film, "2001 A Space Odyssey."

1968, the movie is released and Hamilton release an entirely different but beautiful watch to the public, the "Odyssee 2001," spelled differently for apparent copyright issues.

Today, forty years later, Hamilton is issuing the "X-01" a limited edition reinterpretation of the original movie watch for $1195. Only 2001 will be made, cast from Titanium, Quartz movements, sapphire crystal and three sideview registers for Home Time, Dream Time, and GMT. Unfortunately they are now analog unlike the digital display from the original. But that is remedied by an old school trick, the small registers are set using a magnet that's hidden in the clasp - A feature of the first Pulsar LEDs.

An odyssey worth taking in my opinion.