Watch The Watch - President Bush Gets Swiped by Albanian Gypsies I know they are denying this happened but watch the video and come to your own conclusion. Probably just some Casio anyway, can't imagine this guy wearing anything of interest.

It's a horological mystery...

Published:
A scene from Terry Giliam's great film of time-travelling midgets, Time Bandits. A short clip where Satan discusses the key to enlightenment which begins with understanding digital watches.

And for those of you who love the horological genre of Time Travel, here are some other good ones; Any other good ones? Email me Before John DeLorean's death in 2005, he tried to create a watch brand named 'DeLorean Time'. It was less about a timepiece and more about raising funds for his final unrealized sportscar, the DMC2. As the order form details above, a purchase of the $3495 wristwatch was an informal contract/certificate that would entitle you to the first DMC2 cars produced. Sadly, the watch design was pretty uninspired but appropriately made of metal injected/molded stainless steel just like his original iconic 1981 DeLorean DMC12. It was to be manufactured by Tech Time Ltd., a division of Seiko Epson. The watch was to be a fully automatic motion-activated quartz movement not requiring batteries. Powered by a titanium lithium capacitor - not to be confused with the 'Flux Capacitor' that made time travel possible in a DeLorean in the Back To The Future films. No watches appear to have been produced or delivered to customers.

Too bad he couldn't develop a wristwatch based on his claim to fame Pontiac GTO's. Especially the 1968 GTO with hood mounted tachometer-->Link DeLorean talking about the watch concept-->Link Front view with hidden dial
Anyone with a photo of the dial? Email me!

DeLorean described the DMC2 concept as a GTO inspired high performance sportscar that young people could afford. A lightweight gull-wing car made of structural composites with no metal frame, a 250-275 horsepower engine and priced under $30,000. The original DMC12 and commercial-->Link Conquer By The Clock

The infamous watch scene from Pulp Fiction. It pushed the bar way up (and in) for family heirlooms.

No Words. Just Watch This... I guess they could have been the pendulum... Time of your Life with Mr. Jones Watches 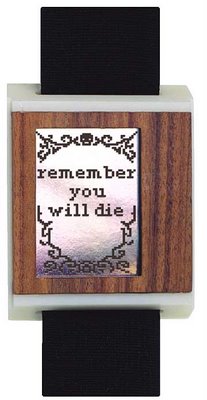 Summissus
If time is relative, Mr. Jones is your creepy Uncle Bob.
'Mr Jones Watches' are a line of seven conceptual yet functional timepieces designed and built by UK Critical Designer Crispin Jones. Created to explore new cultural expressions, technologies of timekeeping and how they relate to contemporary life. The creations are most hauntingly documented in each model's promo video. The 'Summissus' watch (above), symbolic of the Memento Mori, a philosophical expression preaching humility and the mortal timeframe is reduced to a mirror-finished dial (for self-awareness) and LCD display (for the real time). 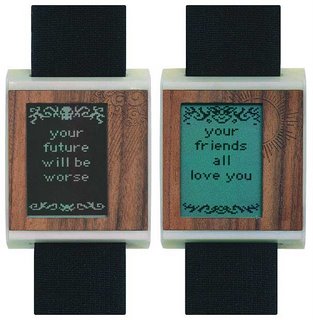 Adsiduus
Auto-suggestive 'Adsiduus', with repetitive displays of positive or negative mantras with each time display, intended to produce personality change of the wearer.

The 'Fallax' quoting Mr. Jones himself, "projects the wearer’s status to the people around them. Whilst many watches aim to project a sense of the wearer’s wealth and style, Fallax projects the wearer’s honesty. The watch contains a lie-detector which is attached via a pair of finger straps. If the watch detects a lie then the display flashes up the word “LIES”. 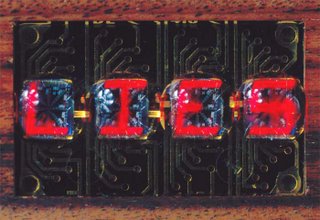 Docilis
Made up of skeletal material, the 'Docilis' is intended to train the wearer to internalize the time with regular intervals of electric shocks. 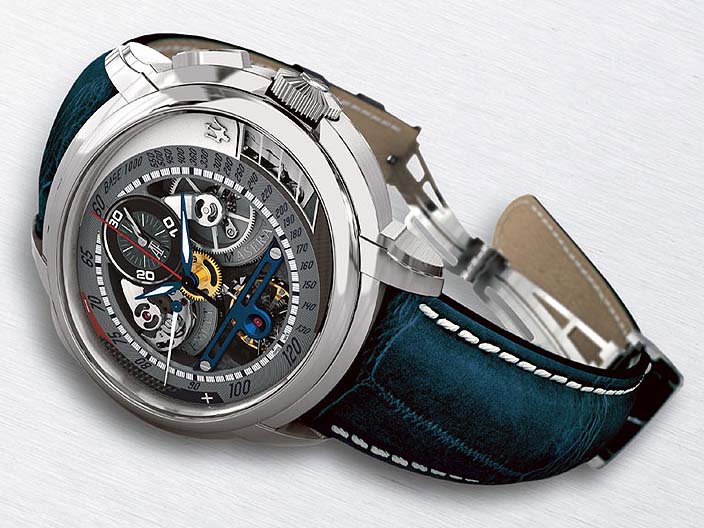 Cars are often an extension of a man's you-know-what. How better to extend that reach when away from your automobile than with this dashboard-esque Maserati watch by Audemars Piguet.

Limited to 150 models in platinum 950, Audemars Piguet has created a watch celebrating the Maserati MC12 racing car. The watch design is inspired by the Maserati engine, dashboard and high-tech materials used such as eloxed aluminium for the bridges and ultra-light carbon for the movement mainplate. 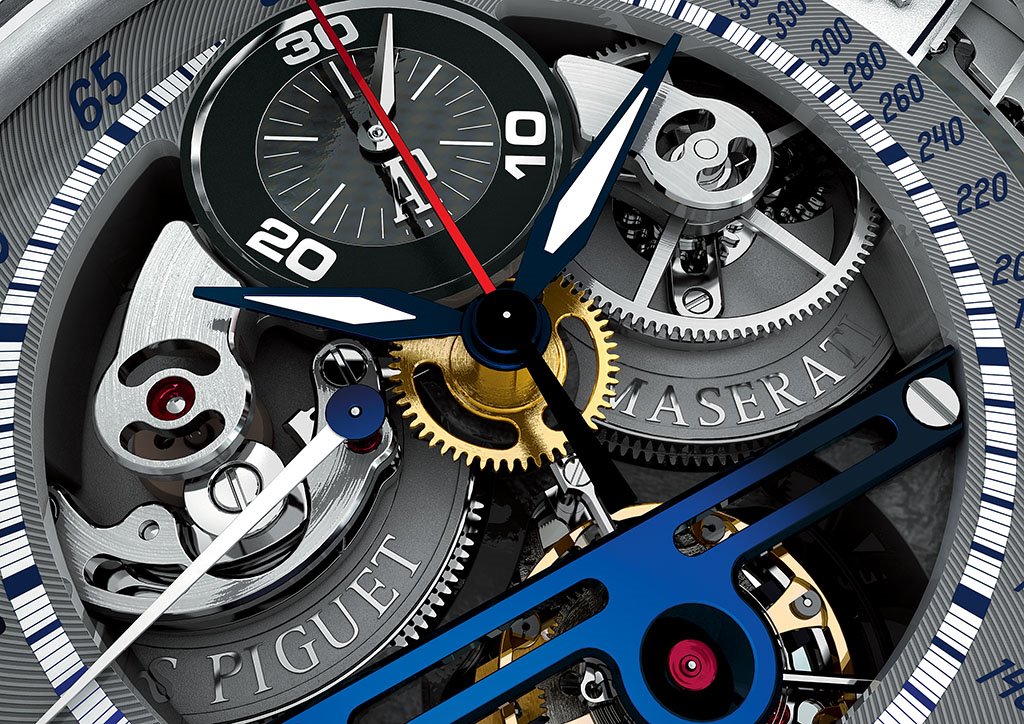