VA - If You're Ready! The Best of Dunwich Records, Vol. 2

VA - If You're Ready! The Best of Dunwich Records, Vol. 2 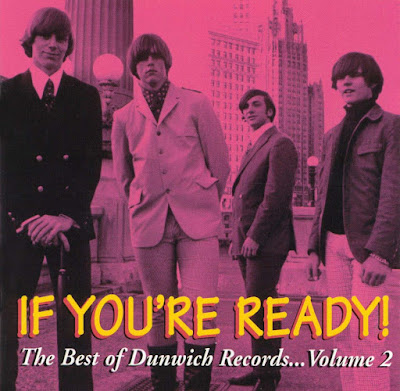 This second volume investigating the history of Chicago's best -- and most influential -- teen band label of the mid-'60s comes up with 28 tracks of classic Windy City garage band genius with more emphasis on rarities and unissued material than its initial volume, Oh Yeah! Dunwich was a small concern, run by three jazz heads, who nonetheless managed to tap into Chicago's fertile teen scene of the mid-'60s and get the very best groups down on tape at the city's best studio, Universal. Although "Gloria" by the Shadows of Knight was their only major national hit, they were one of the few labels that steadily catered to this kind of teenage racket; the quality of their releases was very high and many of them have reached legendary status. The Pride and Joy (actually the Del-Vetts) kick things off with the title track and rare Dunwich 45s from the Shadows of Knight ("I'm Gonna Make You Mine," which starts out with a four-chord guitar blast dripping with reverb, distortion, and rock & roll), Things to Come, the Luv'd Ones, Saturday's Children ("You Don't Know Better"), the Rovin' Kind (great covers of "Girl" and John Sebastian's "Didn't Want to Have to Do It"), and the Wanderin' Kind all keeping the disc stuck in high gear. Seven of the tracks here are previously unissued masters, and these, along with radio spots by H.P. Lovecraft and the American Breed -- one of them for Ban deodorant! -- and a rare alternate session take of the Shadows of Knight creaming "I Got My Mojo Working" (originally released on a vinyl album of Dunwich outtakes in the '70s called Early Chicago) make this fine collection a worthwhile addition to anyone's '60s garage band collection. This one literally screams of teen clubs, Rickenbacker guitars, and fake IDs. 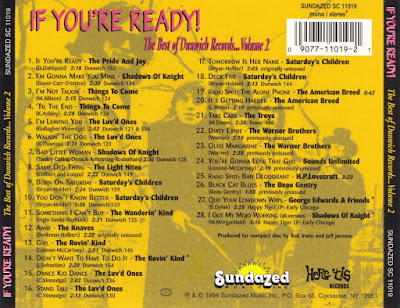