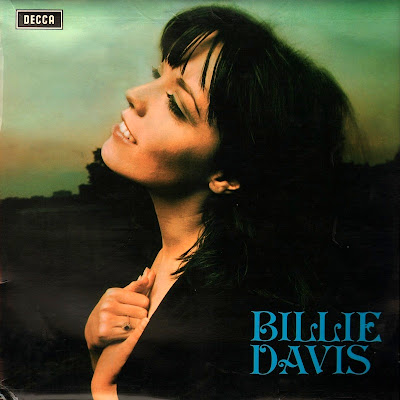 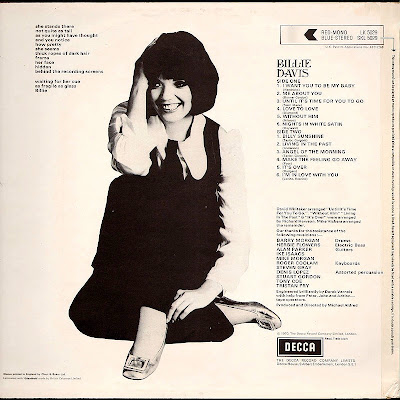 Half-a-dozen of the 13 tracks on Billie Davis' sole LP were actually mostly taken from previously released singles, including her small 1968 U.K. hit "I Want You to Be My Baby" and big 1963 British smash cover of "Tell Him" (which, while not bad, is the only track here pre-dating 1967, and thus stylistically ill-fitting). While it was thus (in common with many albums of the period) kind of slapped together, it was still a pretty good representation of a worthwhile reedy singer with an affinity for both soul and pop, even if it was a little heavy on familiar cover versions. One of those covers, "Angel of the Morning," was actually released before the more famous Merrilee Rush version became a hit, and the same songwriting team responsible for that song (Chip Taylor and Al Gorgoni) also wrote one of the LP-only cuts here, the brassily upbeat "Billy Sunshine." Elsewhere, this has got to have the best (only?) pop-oriented cover of Jethro Tull's "Living in the Past" ever attempted. While the interpretations of the Turtles' "Me About You," Buffy Sainte-Marie's "Until It's Time for You to Go," the Moody Blues' "Nights in White Satin," and Nilsson's "Without Him" are only adequate, they're still pleasant, and her version of Neil Diamond's "Love to Love" swings along nicely. Nine of the tracks (including all of the best ones) appear on the 2005 CD compilation Tell Him: The Decca Years, and all 13 of the LP's songs are on the more obscure CD anthology Her Best: 1963-1970, which also adds 14 non-LP cuts from 1963-1970 singles.
****
Source: allmusic-wingsofdream.blogspot.com
+ ShareFlag
All