Wonderland - The Best Of

Wonderland - The Best Of 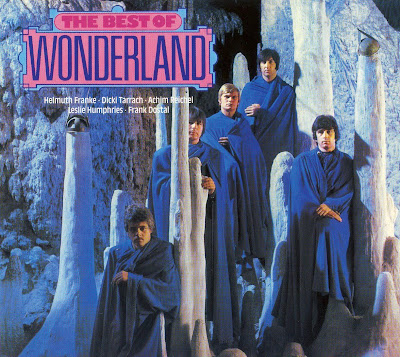 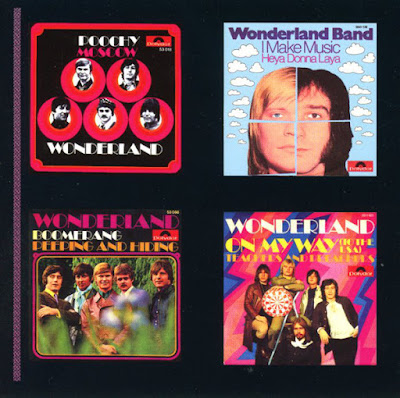 This was a beat band formed at the beginning of 1968. Reichel and Tarrach had previously been members of the most famous German beat band: The Rattles. Wonderland recorded three singles before Humphries and Franke quit at the end of 1969, to be replaced by Kalle Trapp and Claus-Robert Kruse. One year and a single later the band ceased its activities, with Reichel and Dostal teaming up for the Wonderland Band album, to which Franke, Tarrach, Trapp and Kruse all contributed. All Wonderland singles and four tracks for a projected album were collected in 1973 on a Karusell sampler.WONDERLAND BAND - One of Achim Reichel's strangest projects occurred in l97l, after the demise of Wonderland. His long time collaborator Frank Dostal followed him from this band. Together they recorded as Frankie Dymon .as well as the very different Wonderland Band, whose album was an ambitious production featuring 25 guest musicians, among them Clauk-Robert Kruse (guitar, organ, vocals, arrangements), Helmut Franke (guitar), Ladi Geissler (guitar), Hans-Uwe Remers (piano, arrangements), Benny Bendorf (bass), Hans Hartmann (bass), Kalle Trapp (bass), Joe Nay (drums), Barry Reeves (drums) and Dicky Tarrach (drums, chimes, trumpets and trombones). The results sounded close to the eclectic solo album Die Grune Reise, but Reichel's echo guitars were in this case replaced by solid doses of brass! Wonderland Band's No. 1 was equally weird with boogie rock, vintage glitter rock and folky ballads spiced with incredibly strange brass arrangements. It was hardly a great success (however, there are highlights!) and proved to be a one-off, although a 1972 single featured two unreleased tracks: "Rock'n'Roll People" coupled with "King Of America". 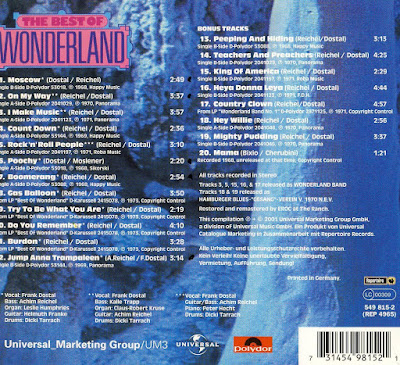 4 Comments on Old Melodies ...: Wonderland - The Best Of

Report "Wonderland - The Best Of"