- Eddie Eckstein: vocals, drums-
Paul Ditchfield: vocals, keyboards, guitars, bass
- Barry Jarman: guitar, trumpet, bass
- Jimmy Dunning: guitar
Dubbed South Africa's answer to the Beatles, the pop group The Bats was formed in October 1964 and consisted of group members Eddie Eckstein (drums/vocals), Barry Jarman (guitar/trumpet/concertina), Jimmy Dunning (guitar) and Paul Ditchfield (keyboard/guitar/bass/vocals). Paul, Barry and Eddie knew each other well and had wanted to form a group for a long time, but had been prevented from doing so by their respective contracts with various bands. Barry suggested they form a beat trio with the express purpose of making records. Jimmy Dunning, who had played with them before, was unanimously nominated to fill the gap of lead guitarist. After finally getting together, they arranged an audition with Matt Mann, then A & R Manager at G.R.C. (and later owner of RPM Record Company), who signed them to the CBS label and produced their first single, All I Got. The group were quibbling with each other about an appropriate name. In an attempt to restore order, Matt Mann yelled "You're All Bats!" and so "The Bats" was born... Read more...
ALSO : (The Bats- All I Got ; A Shabby Little Hut (1964-65)

David Garriock - vocals
Ronnie Martin - guitars, vocals (1964-1966)
Andy Bell - drums (1964-1966)
Dave Bell - guitars, vocals (1964-1965)
Pete Mason - bass, vocals (1964-1966)
Mick Rothwell - guitars, vocals (1965-1969)
Howie Gee - drums, vocals (1965; 1966-1969)
Mick Malony - drums (1966-1969)
Stevie McGee - guitars, vocals (1966)
Dennis Hastings - bass, vocals (1966-1969)
Jahn Teigen - guitars, vocals (1966-1969)
http://www.redsquares.com/biography.html
http://nkbooking.dk/?IId=403
The streets of London and most of the rest of the Sceptered Isle may have seemed as though they were paved with gold, at least to outsiders, but by 1964 there were literally thousands of bands competing for the attention of club owners, record company executives, et al. A number of British bands, recognizing that there was demand for their sound and a living to be made outside of England, took the plunge — the Rokes went off to Italy, the Liverpool Five headed for Asia and then the United States, and the Red Squares took off for Denmark. Formed in Boston, England, in 1964, the Red Squares were almost a retro outfit, emphasizing harmony vocals along the lines of the early Beach Boys, the Four Seasons, and the Tokens, with falsetto leads and a strong emphasis on covers of early-'60s material. Dave "Geordie" Garriock was the lead singer, but lead guitarist Ronnie Martin also handled harmonies, as did bassist Pete Mason, while Mick Rothwell (guitar) and Michael "Rik" Maloney (drums) were the non-singing members of the quintet. Finding the competition in England a little too steep — what with better established groups like the Fortunes already laying claim to the audience for that brand of harmony vocal-based pop/rock — the group pulled up stakes and headed for Denmark in early 1966, where there was a good deal of demand for British bands, and where early-'60s American sounds weren't considered as out-of-step as they were in England. They became stars there, hitting number one with their cover of the Four Seasons' "Sherry" and cutting an entire LP. By the middle of the year, they'd also begun experimenting with harder sounds in the instrumental department. Casting an eye back toward London, they generated a single worthy of the Who in the guise of "You Can Be My Baby" (co-authored by Ronnie Martin), which sounded as majestically overamplified and punkishly chaotic as anything coming from Mssrs. Townshend, Entwistle, Daltrey, and Moon; significantly, and perhaps not coincidentally, the Who (and particularly Keith Moon) also counted the Beach Boys and Jan & Dean among their favorite bands, so perhaps this single wasn't as much of a stretch as it might seem at first glance (or listen). In any case, this one foray into proto-psychedelic garage punk got the Red Squares a berth on Rhino Records' Nuggets II in the summer of 2001, and the biggest exposure they ever got in the United States or anywhere else much farther than the borders of Denmark.
01. Red Squares - Sherry
02. Red Squares - Pity Me
03. Red Squares - People Get Ready
04. Red Squares - Big Girls Don't Cry
05. Red Squares - Turning Around
06. Red Squares - Bye Bye Baby
07. Red Squares - I'm So Happy
08. Red Squares - Lollipop
09. Red Squares - Mr. Lonely
10. Red Squares - I Get Around
11. Red Squares - Rag Doll
12. Red Squares - Any Other Girl
13. Red Squares - Walk Like A Man
14. Red Squares - I Love You
15. Red Squares - Never
16. Red Squares - Stay
17. Red Squares - All My Crying
18. Red Squares - Kiss Her Goodbye
19. Red Squares - Down And Out
20. Red Squares - When I Grow Up
21. Red Squares - Five Times I've Said Goodbye
22. Red Squares - Good News
23. Red Squares - Don't Laugh If I Cry
24. Red Squares - Sing C'est La Vie
25. Red Squares - Dancing In The Street
text
Source: allmusic-wingsofdream.blogspot.com
0 Comments+ Sharelabels (6)Flag
All60'sBeatPopRockThe Red SquaresUK 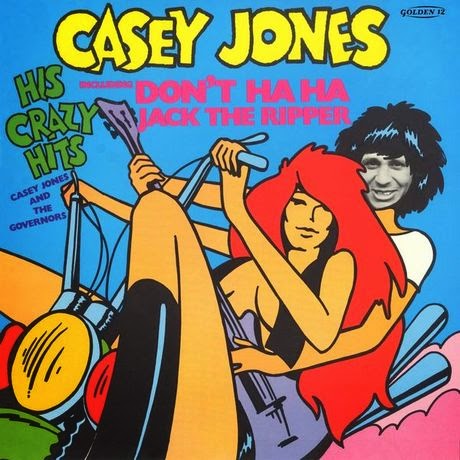 One of best 60's groups from South Africa, blends beat, pop, mod, surf, Liverpool sound, "Colette" and "Monkey Jump" are mod thumpers, then there's killer "Surfin' South Coast" and great Beatles cover "Do you want to know a secret" and others. 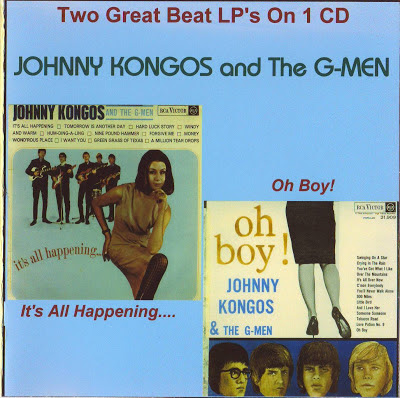 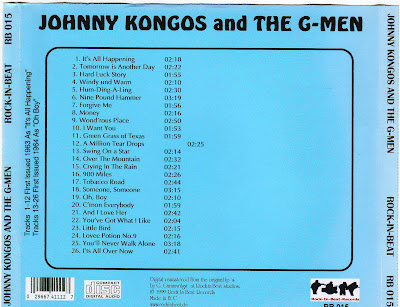 Jerry Williams & The Violents At The Star-Club HH 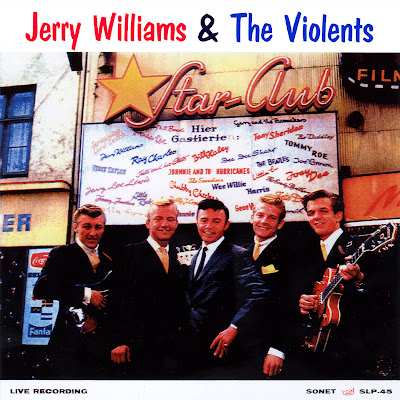 FROM  JANCY
The Swedish King Of Rock'n'Roll
allmusic-wingsofdream.blogspot.com
Back in the pre-Abba days when Eurovision meant Elvis Presley singing in German it was somewhat rare to find a band treading the boards that were from ANY other European country apart from the UK but Williams & his rather punkish-sounding Violents were from the same land that spawned Agnetha, Benny, Bjorn and .....whoever the other one was. There are several references to this band on the internet but there does not appear to be a definitive history for a singer who has not only been performing for over 40 years but who appears to be regarded as a pioneer of Swedish popular music, influencing countless musicians along the way (That's Swedish musicians incidentally.) According to one less-than-informative biography, Williams was christened Erik Sven Fernström in 1942 in Solna, Stockholm and was born on his parents sofa - an insightful piece of information I'm sure you will agree. Williams started his career in 1957 and joined forces with the instrumental band The Violents sometime between 1960 & 1962 after the group had decided to augment their line-up with a vocalist. Sometimes known as "Mr.Dynamite" (a nickname stolen from James Brown) Williams outgrew his original employers as his star rose with the The Violents eventually becoming mere backing musicians to the enigmatic vocalist (it says here). "When Jerry Williams gets going you can compare it to a box of dynamite going off. He jumps, struts, twists and exhausts himself completely. His hair flies, sweat pours. Nobody can stand still when he goes for it. Mods and rockers, everybody likes Jerry" says Stora from Sweden. Thank you Stora! We do know that Williams & The Violents played The Star Club in Germany during the same period as the Fab Four and that Williams enjoyed 5 Top 10 hits in his native country during the 60's but had to wait until 1969 before obtaining his first No.1. He appears to have had an extensive discography and apart from being a "rock n'roller" had his own "Jerry Williams Talk Show" on Swedish TV in 1968. He also appeared in the films “G - som i gemenskap” and “Lilla Jönssonligan och Cornflakeskuppen” (What, an entire film about a breakfast cereal?). One Swedish fan sums up the singer by offering the following crucial information; " When the Beatles hit Sweden in 1964 he refused to compromise. I gave no hits but he still could make his living playing. In 1965 Bildjournalen, the teenage paper wrote an biography comparing him to other Swedish rock kings. They had all been forced to go back to their normal jobs." So that clears that up then.
01 - Theme / Sweet Little 16