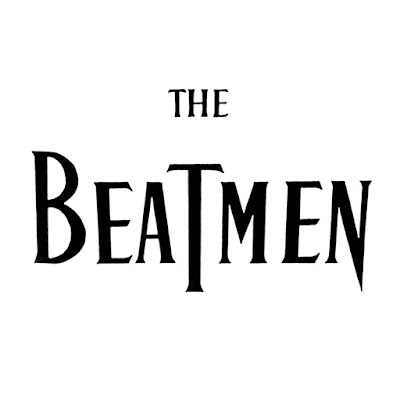 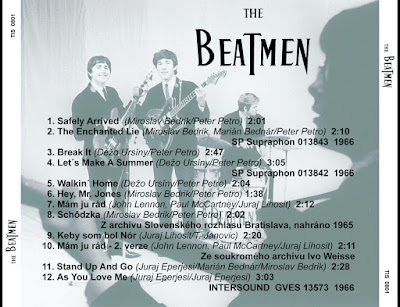 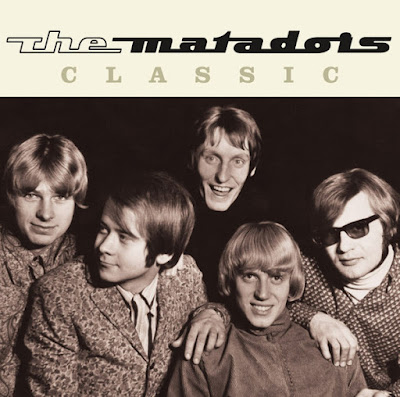 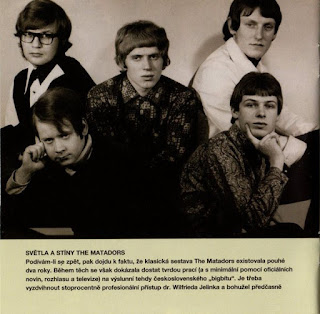 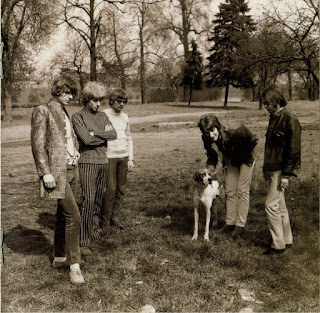 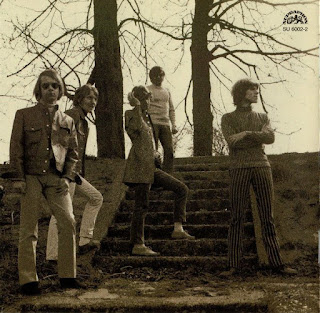 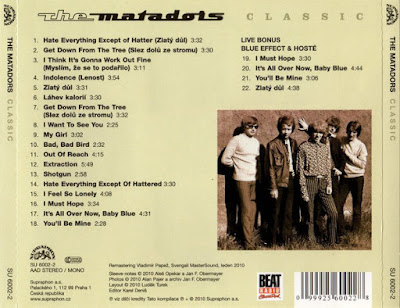 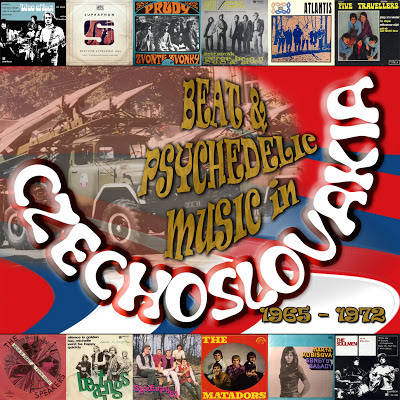 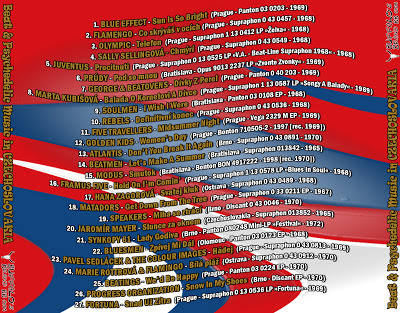 However, during the sessions for debut album, Misik suddenly left, to be replaced only in 1971 by Lesek Semelka (vocals, organ). Departure of Misik enabled Hladik to take dominant position within the band. His ambition was to find common ground for jazz and rock, fulfilled with next two Blue Effect albums, both recorded with famous Czech jazz musicians, and appearances at Prague Jazz festivals in 1971 and 72.

In forthcoming years more personnel changes followed. Kozel was next to leave in 1974, to be replaced by Josef Kustka (bass, violin), who, in turn, was replaced three years later by Fedor Fresko (bass, mandolin). Oldrich Vesely replaced Semelka in 1977.

Mp3 320\90 Mb
*************
One of the finest R&B bands ever to emerge from Eastern Europe, The Matadors initially were a brainchild of Otto Bezloja, a bass player and veteran of one of the first East European rock’n’roll combos - The Comets. He shared last days of The Comets (1964) with Radim Hladik, a young talented classically trained musician and a future national guitar hero. Together they founded a new venture – The Fontanas. Next one to join was bassist Jan ‘Farmer’ Obermajer, formerly an accountant in ‘Artia’, The Matadors’ future record label. Tony Black, a self-taught drummer and veteran of another early 60s Czech rock’n’roll outfit The Hell’s Devils, completed the line-up in autumn 1965. Shortly before that, the band, still known as The Fontanas, embarked on East German tour. Apart from some radio sessions, the result of the tour was a new set of equipment supplied by ‘Matador’. The band quickly changed it’s name after the trademark - The Matadors.
In December 1966 in came Viktor Sodoma, not only a good singer, but a frontman in full sense of a word, a model for youngsters to follow. He and Hladik (at the time often playing with his teeth!) gave The Matadors a stunning stage act and won residency at the Prague premier venue - ‘Olympic Club’. Tours of Belgium and Switzerland followed.

Mp3 192\56 Mb
***************
On request
Olympic-Czechoslovakia. Remarkable psychodelic fate. 68-th. Behind a window tanks, the Soviet armies have entered Prague, and they write down a surprising, light album " Ptak Rosomak "...
The story of Olympic is long so I'll tell it some other time. In short, they were likely the most important Czech group of the 1960s. Initially they played rock'n'roll and they worked as a backing combo for various pop singers. Two years later, in 1965 they were possibly the first rock band that began to compose, play and record exclusively their own material sung in Czech language instead of the ubiquitous English covers. And of course they were also the first rock group to have a full blown long play album, the legendary Želva (The Tortoise), released by Supraphon in 1968. Well, Želva was okay, but their second album from 1969 was even better: Pták Rosomák (The Wolverine Bird). Fuzz guitars, psychedelic soundscapes, sitars, freakbeats and a couple of timeless songs - an album that still sounds fresh 38 years later. The classic line-up consisted of Pacák on drums, the lyricist Pavel Chrastina on bass, Miroslav Berka on keyboards, the rhythm guitarist Ladislav Klein as well as the band leader, composer and lead singer Petr Janda.... read more...
****************
1. Krasna neznama 2. Ikarus blues 3. Bajeene misto 4. Everybody 5. O pulnoci 6. Ptak Rosomak 7. Tve neklidne svidomi 8. Eekam na zazrak 9. Z bile eernou 10. Pohoeb sve vlastni duse 11. Kamenozrout zeleny 12. Svatojansky happening
*************
LINK
Source: allmusic-wingsofdream.blogspot.com
0 Comments+ Sharelabels (2)Flag
AllCzechoslovakiaEastern

Mp3 192\71 Mb
******************
Olympic - The most popular band in the Czech rock'n'roll history. Started in 1962, active with some breaks by now (though the only member of the original group is Petr Janda). From genuine rock'n'roll beginnings in 60's they had a hard-rock period in 70's (avoiding jazz rock played by almost everybody in early 70's), fluently coming to pop-rock with ambitions to achieve top positions in the pop charts and earn a lot of money. That is why their music sounds exactly the same in the last 10 years, saying nothing new and stealing musical ideas from themselves.
Olympic - Zelva (1968)
One of the most prolific bands that came out of Czechoslovakia. This Prague group started out as a singles band in the early sixties and are still active. Their debut album "Zelva" was released by Supraphon in 1968 and it mixes R&B, Beat and at times Psychedelic. The whole LP is pretty strong throughout and they keep the standard on their followup "Ptak Rosomoak", where they continue to explore the psychedelic world. In the seventies their sound heading towards the progressive genre. Supraphon reissued a CD version of "Zelva" with seven bonus tracks (Supraphon SU 5534-2 / 2004).
1- Zelva
2- Vzpominka pliziva
3- Linej skaut- Dam zejtra zas flam
4- Modrave mameni
5- Nikdo neotvira
6- Nebezpecna postava
7- Snad jsem to zavinil ja
8- Dedeckuv duch
9- Jen Buh vi
10- Telefon
11- Psychiatricky prase
[bonus tracks]
12- Mary (I Must Play)
13- Smutne rano
14- Bloud kral
15 - Zahod lasku
16- Nejim a nespim
17- Dej mi na klin oci unaveny
18- Dej mi vic sve lasky
**********
LINK
Source: allmusic-wingsofdream.blogspot.com
0 Comments+ Sharelabels (1)Flag
AllCzechoslovakia