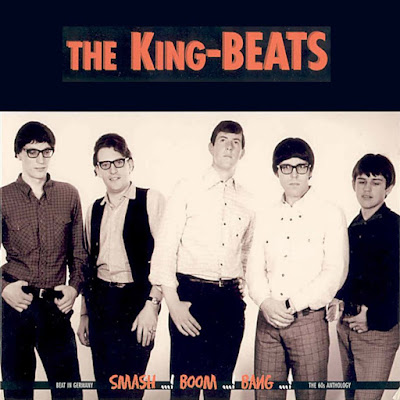 The King-Beats were a German-based quintet that specialized in Anglo-American style rock & roll ranging from light pop/rock to bluesier sounds ("Hear What I Say") with a couple of near-ludicrous variations on classic rock & roll ("Too Much Language Business") in between. They actually did some first-rate songs that could have competed with the real British and American article on their home turf, including "Same Way, Every Day," "I Know You Need Me," and "Make Up Your Mind," a lot of it resembling the work of the early Beatles circa Please Please Me. The group's principal lineup consisted of Elmar Marz (keyboards, bass, vocals), Ehrhard Marz (guitar, vocals), Klaus Kieswald (drums), Rainer Marz (guitar, vocals), and Richard Ungerath (guitar), although several members, including keyboardist Hans Werner Heine and drummer Joachim Franz, passed through the group around the core of the Marz brothers. In addition to their work as the King-Beats, the group also released singles, EPs, and albums under several pseudonyms -- the most bizarre was a 1966 single credited to Malepartus II, a German-language adaptation of "Wild Thing" entitled "Lisbeth" with a B-side of "Ichglaab, die Hole Mich ab, Ha-haaa," an adaptation of "They're Coming to Take Me Away, Ha-Haaa!"; their live recordings, credited to the Ad-Libs (not to be confused with the Ad Libs, the American vocal group), are first-rate covers of songs associated with the Beatles, the Searchers, the Animals, Tom Jones, the Hollies, and others. None of these are as slavishly devoted to the originals as, say, the Beatles Revival Band, but they are performed with a lot of love and passion. The three Marz brothers had previously worked together in numerous rock aggregations, including the Strangers, throughout the 1960s, but the King-Beats marked their lasting contribution to music. In 2001, Bear Family Records released an 80-minute CD of the group's complete released recordings in their various guises as part of its Smash! Boom! Bang! series devoted to the 1960s German beat boom. 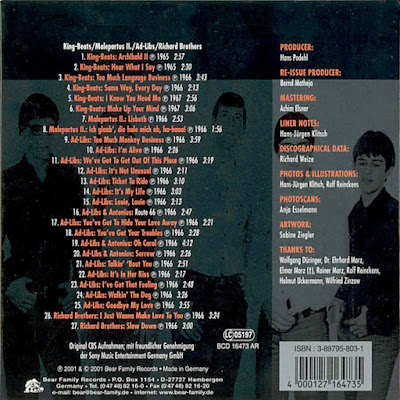 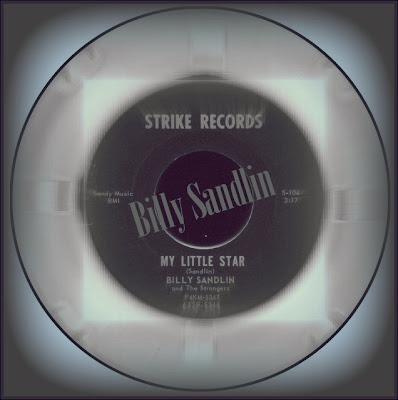 45' rarities Billy Sandlin
Hans-Jьrgen Klitsch in "Shakin' All Over" on The King-Beats:
" Early on, when they accompanied Dutchman Robert Williams on his German Philips-single, the band sported some studio-experience since in spring ’63 the boys had recorded some tracks with Billy Sandlin from the US. “Billy Sandlin was a GI….One evening, this colossus with his natural blond short crop climbed te stage urging us to let him sing what we graciously allowed him. Later on, he asked us if we’d like to be his backing band in the recording-studio – everything would be paid by him. So we recorded a few songs, he sent the tapes to some American record company, and the next – and last – thing we would hear from this session was in a box full of single-plays."
Now, after a long research in the USA, these singles have finally turned up.
http://www.rocky-52.net/chanteurss/sandlin_billy.htm
http://rcs-discography.com/rcs/artist.php?key=sand4300 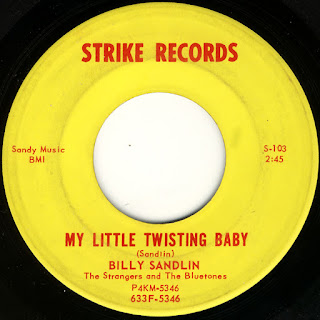 01 - My Little Twisting Baby / Billy Sandlin, The Strangers (aka The King-Beats) & The Bluetones  - Germany) 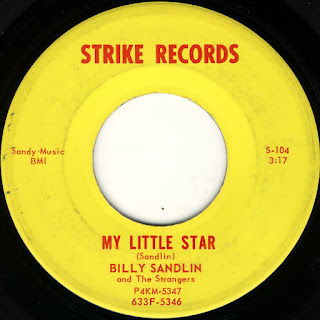 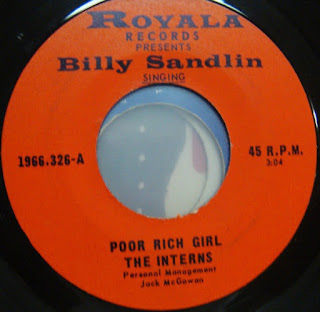 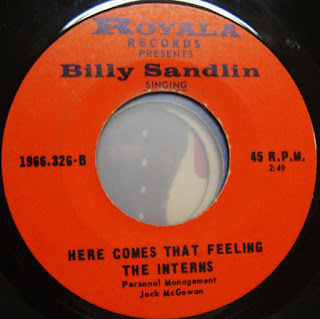