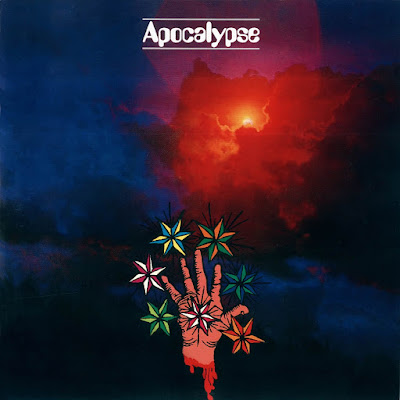 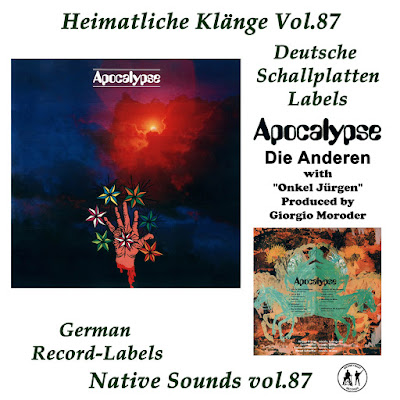 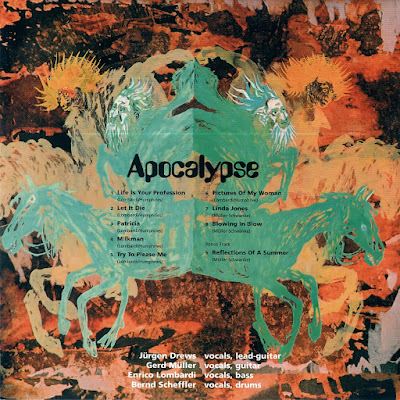 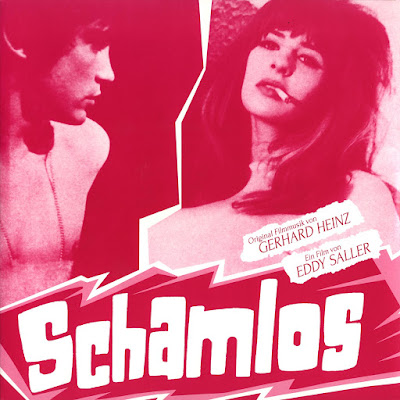 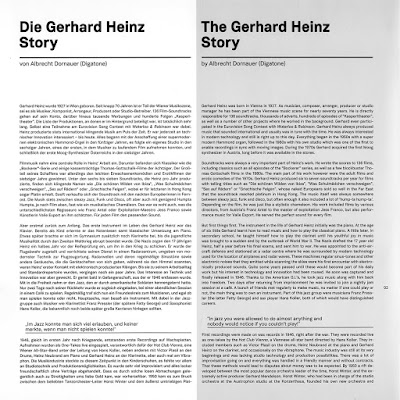 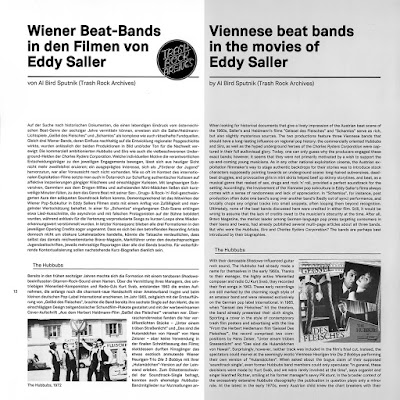 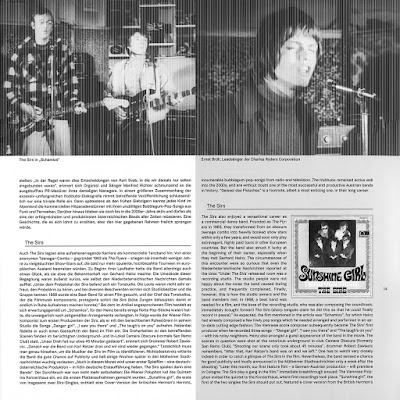 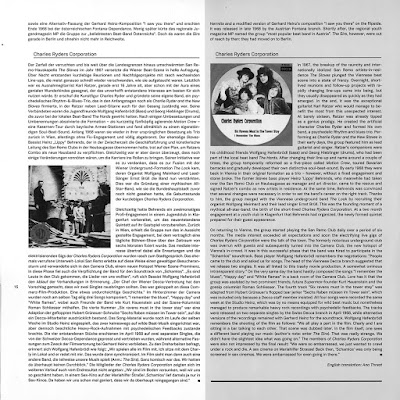 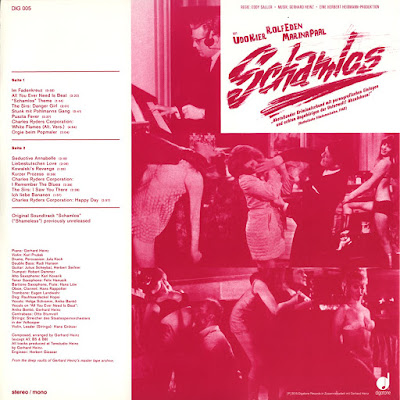 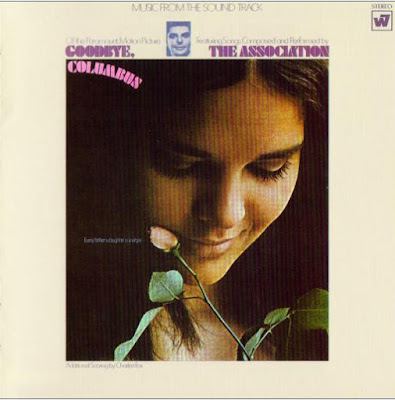 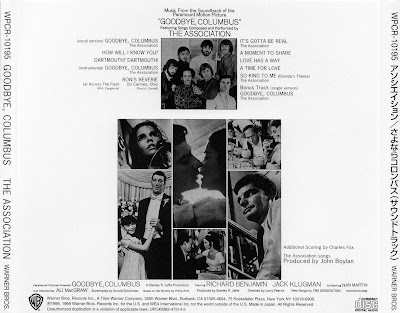 The soundtrack to the motion picture Goodbye, Columbus is a peripheral title in the Association's catalog, with only the title track (a good song but minor hit for the band) being of particular interest. Only three other cuts involve the Association, one of which is an instrumental version of "Goodbye, Columbus" with wordless vocals. "It's Gotta Be Real" is pleasant but unspectacular, and "So Kind to Me (Brenda's Theme)" is a long, tedious piece with dated lyrics. The remaining album tracks are devoted to Charles Fox's instrumental film score, which consists of pseudo-psychedelic organ-driven pop ("Dartmouth? Dartmouth!") to pretty background passages that will bore anyone not obsessed with the movie. "Ron's Reverie" is a strange bit of audio from the film that is used to fill up the end of side one. Since the song "Goodbye, Columbus" is available on anthologies of the Association, this soundtrack is superfluous to all but completists.
***
Source: allmusic-wingsofdream.blogspot.com
0 Comments+ Sharelabels (2)Flag
AllOSTThe Association 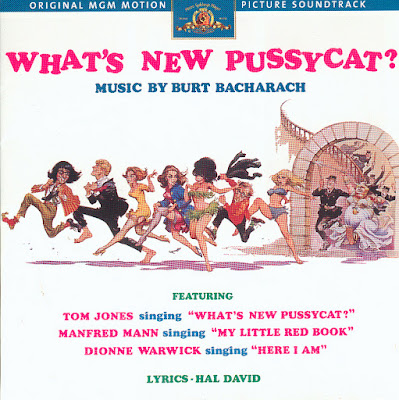 https://en.wikipedia.org/wiki/What%27s_New_Pussycat%3F_(song)
https://en.wikipedia.org/wiki/Burt_Bacharach
---------------------------------------------------
Burt Bacharach ‎– What's New Pussycat ? (1965)
Burt Bacharach's soundtrack to the silly 1965 comedy was highlighted by three familiar songs, cut as singles by stars: Tom Jones' athletic attack on the theme (which was a big hit), Dionne Warwick's "Here I Am" (which was a small hit), and Manfred Mann's "My Little Red Book" (which was an even smaller hit, although Love had a bigger one with their cover). The rest of the album is occupied by instrumental background filler, and while this is much better than another Bacharach mid-'60s soundtrack (After the Fox) -- "High Temperature, Low Resistance," "Downhill and Shady," and "Stripping Isn't Really Sexy, Is It?" have a swinging, bachelor-pad feel -- it's not nearly as good as the actual tunes with vocals and lyrics. Most fans of Jones, Warwick, and Manfred Mann (and indeed most big '60s rock fans in general) will have the three best cuts on easily available reissue compilations, so this disc is only recommended to serious Bacharach/soundtrack collectors. [Some reissues add a neat bonus track: Manfred Mann's "film version" of "My Little Red Book," although this isn't hugely different from (or as good as) the familiar take used on their single.] 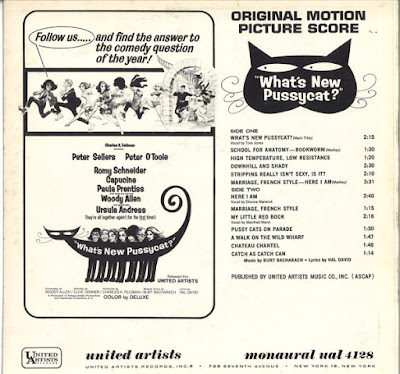 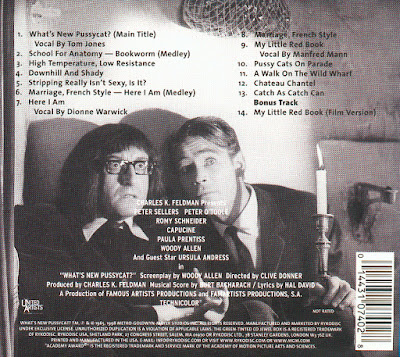 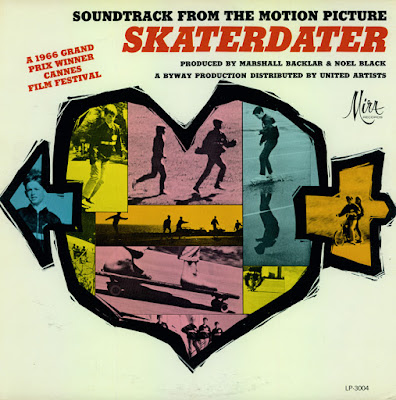 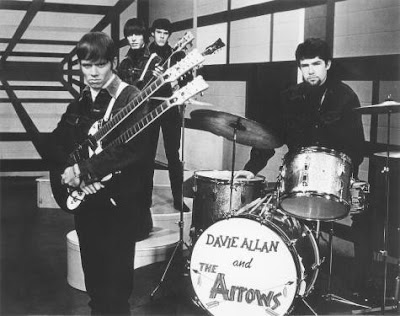 Based in Los Angeles, USA, this quartet, Davie Allan (lead guitar), Paul Johnson (rhythm guitar), Steve Pugh (bass) and Larry Brown (drums), arrived in the wake of fellow instrumental stylists Dick Dale and the Ventures. Allan’s distinctive, ‘heavy fuzz’ sound was already prominent on ‘Apache ’65’, a feature that remained constant despite a fluctuating Arrows line-up. This exciting single was a regional hit, prompting a hurriedly recorded album of the same name. The set was produced by Mike Curb, who was well known for supplying soundtrack music for the numerous movies emerging from the AIP film studio. Allan contributed to several subsequent Curb-instigated albums, usually as a member of the many pseudo-groups Curb organized around Hollywood-based session musicians. However, the guitarist received full credit for ‘Blue’s Theme’ culled from the 1966 film The Wild Angels. Allan and the Arrows were rewarded with their sole US Top 40 entry when this track was issued as a single. The Cycle-delic Sounds Of Davie Allan And The Arrows captured the group at a creative peak, blending hard riffs and tight melodies with a dash of acid rock. By the end of the 60s Allan’s sound had become passé, but he remains one of the decade’s finest exponents of the guitar instrumental.
Soundtrack From The Motion Picture Skaterdater
Skaterdater is a 1965 film produced by Marshal Backlar, written / directed by Noel Black and distributed by United Artists. It was the Palme d'Or winner for Best Short Film at the 1966 Cannes Film Festival and was nominated for an Academy Award in the Best Short Subject category. It also won first prizes in international film festivals in Moscow and Venice and was the first film on skateboarding.
Skaterdater has had lasting cultural relevance in the film industry. It has been the subject of scholarly articles on cinematography and The Huffington Post included it in a list of 15 films every entrepreneur must see. David O'Russell, award-winning director of Silver Linings Playbook, American Hustle and The Fighter, has credited Skaterdater as a reason for his initial interest in Film. The Academy Film Archive preserved Skaterdater in 2010.
The film tells a story with no dialogue about a group of skaters who are suddenly at a turning point after one of them sees a young girl and becomes interested in her causing a rift within the group. The skaters were members of the neighborhood Imperial Skateboard Club from Torrance, California and included Gary Hill, Gregg Carroll, Mike Mel, Bill McKaig, Gary Jennings, Bruce McKaig and Rick Anderson.
The surf rock-esque soundtrack was composed by Mike Curb and Nick Venet.
Mike Curb The Sidewalk Sounds
https://en.wikipedia.org/wiki/Mike_Curb#Albums
Davie Allan & The Arrows
https://www.discogs.com/Davie-Allan-The-Arrows-Soundtrack-From-The-Motion-Picture-Skaterdater/release/13803519 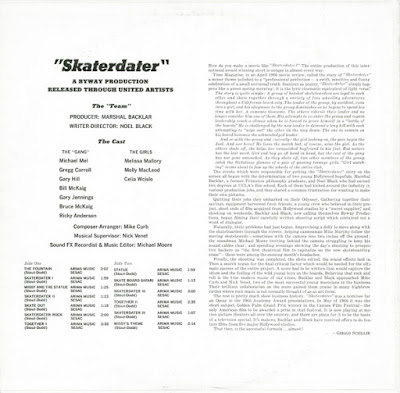 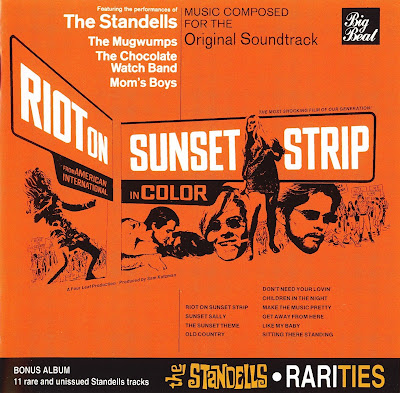 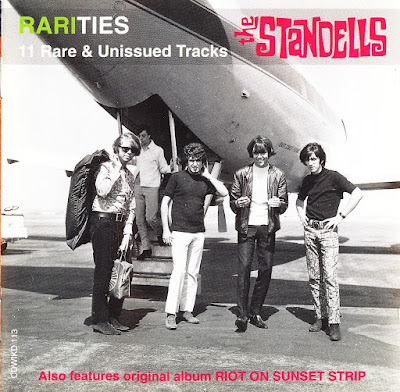 For this volume in their series of Standells two-fers, label of reissue Big Beat wisely paired two subsidiary releases, the soundtrack of the 1967 film Riot on Sunset Strip (to which the band contributed two songs) and a brief rarities compilation. The first leads off with the title track, one of the Standells' brightest moments, then proceeds through nine tracks of low-grade yet occasionally intriguing teen-exploitation fare from a cast including the the Chocolate Watchband and the Sidewalk Sounds, plus a band named the Mugwumps that has nothing to do with the Cass Elliot-affiliated conglomeration. The rarities disc has a few interesting moments from the Standells, including the time-signature shifts of "Love Me" and the Dylanesque ambiguities of "Our Candidate," but as expected, doesn't contribute much to their discography. Definitely a collector's release, but general garage fans will want to hear it simply for the period sound and styles. 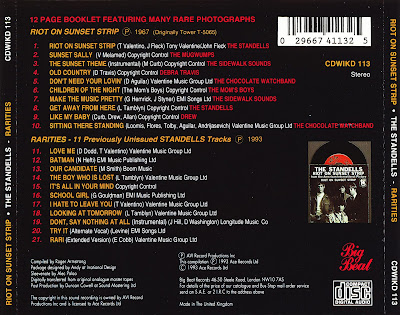 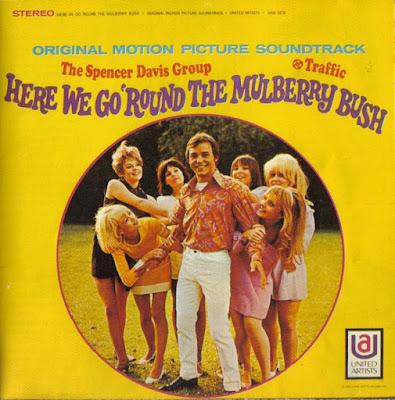 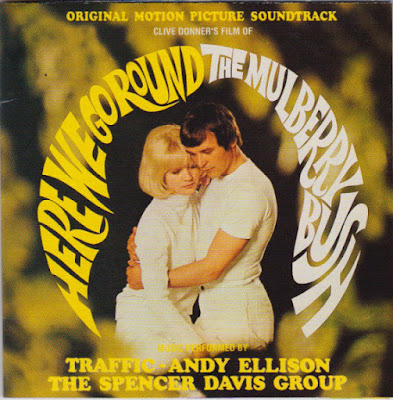 Review by Richie Unterberger
Although not a proper Spencer Davis Group album, eight of the fourteen songs on the soundtrack to this silly late-'60s British flick were by the group (most done, alas, just after the departure of Stevie Winwood). There were also three tunes from Traffic, and a nice orchestral-psychedelic oddity from Andy Ellison (lead singer of John's Children). Heard in isolation from the movie, the album tends to highlight just how important Winwood was to the Spencer Davis Group, whose numbers are pleasant, almost stereotypically late-'60s London pop throwaways. "Waltz for Caroline," which does feature Winwood, is an organ-dominated instrumental that is identical to the cut titled "Waltz for Lumumba" on other SDG releases; "Picture of Her" is a ringer for the kind of songs Jack Bruce and Peter Brown wrote for Cream. Better are Traffic's more soulful contributions, especially the title track. The CD reissue has liner notes by scriptwriter (and authorized Beatles biographer) Hunter Davies. 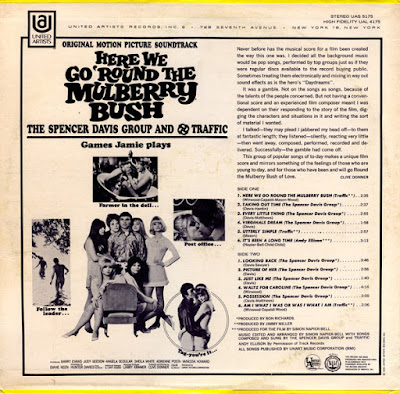 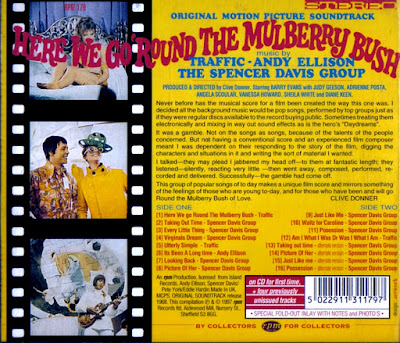 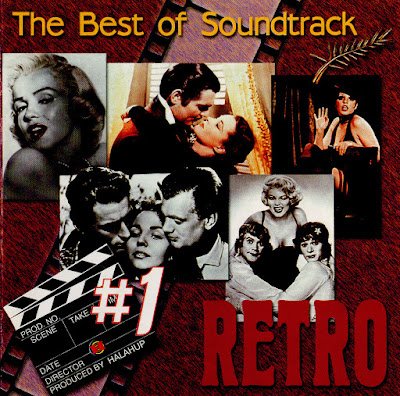 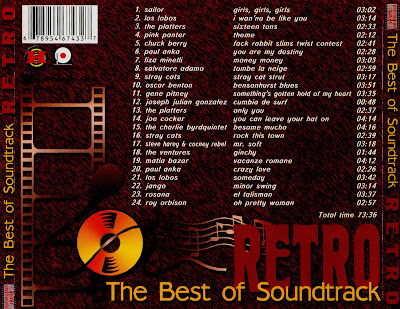 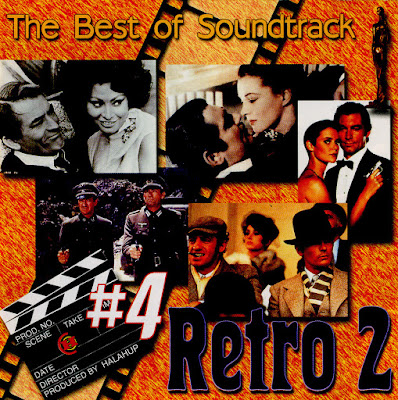 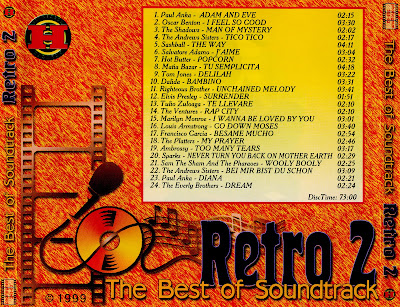 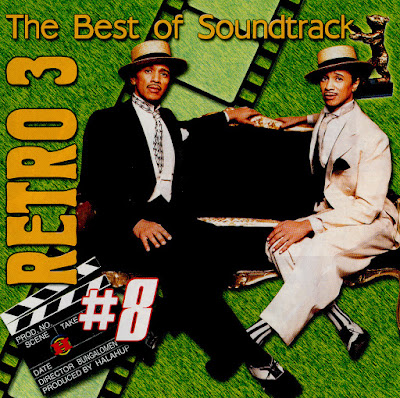 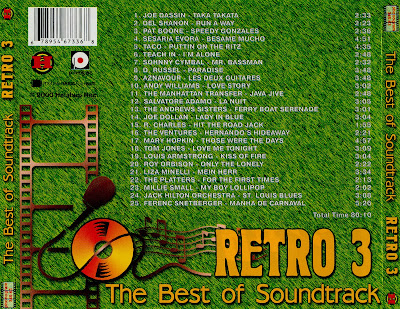