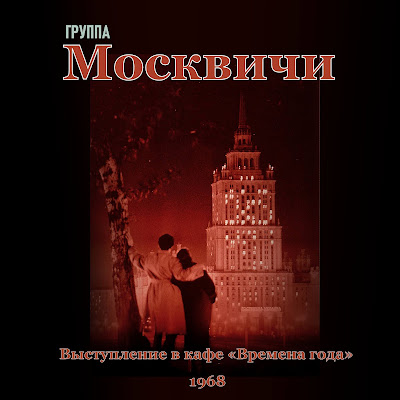 Talking about rock 'n' roll Moscow, one cannot but recall the beat-group "Moskvichi", which was born in the house number 6 on Universitetsky Prospect, in the apartment where the Shapovalov brothers lived: Victor, Vladimir and Valery...
https://zen.yandex.ru//geroi-russkogo-bigbita-gruppa-moskvichi
Members : 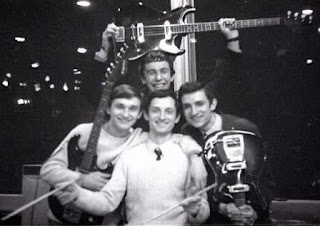 Viktor SHapovalov - drums
Vladimir SHapovalov - rhythm guitar
Valerij SHapovalov - solo guitar
Aleksej Cejtlin - bass guitars
Auto-translate article "VALEROCK: ТИПО МОЯ «ЖИЗНЬ В ИСКУССТВЕ».
The original is here -  https://specialradio.ru/art/id272/
"  It became impossible to rehearse with drums at home and we had to find a base. As a result, the club * "Krasnaya Roza" at the Moscow textile factory, which is on the street. Timur Frunze, became the base of our group, which we called "Moskvichi". Since 1965, we began to rehearse there, and for this we played free dances for the factory workers on holidays. The group consisted of us, three brothers Shapovalovs (Victor (drums), Valery (solo guitar) and Vladimir (rhythm guitar)), and Vladik played on the electric organ. After he left, we decided to play without organ at all. 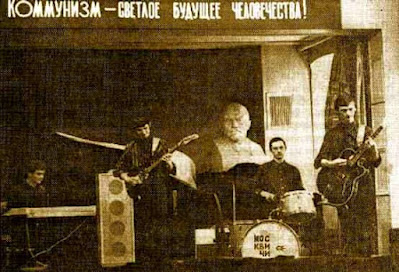 * "Red Rose" club
In our group, sometimes different individual singers sang, but still we gravitated towards instrumental music ...
I recently visited the Central Park of Culture and Leisure. Gorky and stood for a little while at the two-storey building of the ** Vremena Goda cafe. Today everything looks like after the atomic bombing, but earlier, in the late 60s, this was the only place in Moscow where a beat group played every day. And this was our group “Moskvichi" 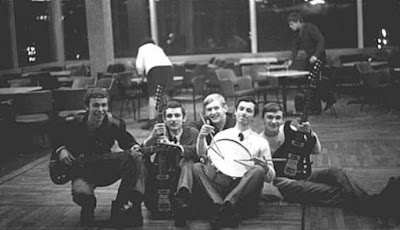 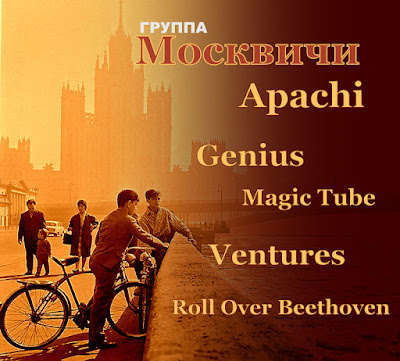 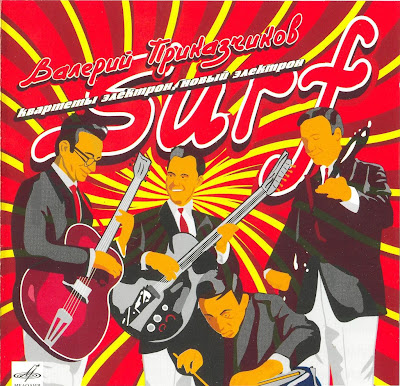 In 1963, the Yunost radio station introduced the audience to a young pop group - the Electron quartet. “We decided to call our ensemble that way,” wrote the lider  of “Electron” Valery Prikazchikov, “not only because it is based on power tools. Electron "to some extent expresses these aspirations of ours."  "Electron" was  be  one of the most popular pop group, successfully performing in many cities of the country with solo programs and with famous pop artists. True, its composition has changed over the years, hence the other name - "New Electron". Its artistic director is still Valery Prikazchikov (electric guitar), the rest of the participants - V. Gerkulenko (organ), V. Pankratov (drums), V. Zaikin (bass guitar). The main thing in the repertoire of the "New Electron" is pop and dance... 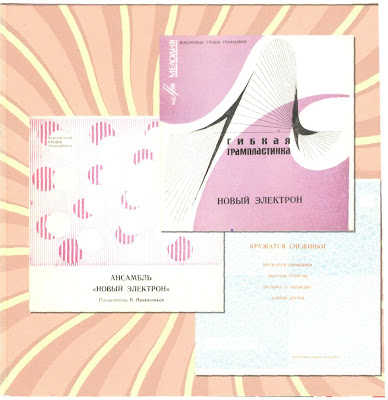 Bravo - At the Crossroads of spring

Mp3\12Mb
*****
The Falcon" - from this groups is accepted count out the history of the russian fate, since exactly "SOKOL" corepaired the first rocksong in russian language. This was a song "Where that edge?" First performance on public is dated 1965.
****
**Formed in 1964, Sokol (The Falcons) belonged to the earliest generation of rock music in the Soviet Union. Only one other band came before them, Estonia's Revengers, formed in Riga in 1961. With the possible exception of the Polish student band Tarakani (The Roaches), also from 1964, or their own earlier incarnation as The Brothers, Sokol was the very first rock group in Moscow. They most definitely were the first to play original compositions and the first to write a popular rock hit in Russian, "Solnce Nad Nami" ("The Sun Above Us"). The band took their name from the Sokol station of the Moscow Metro, which was their home turf. They were a true underground legend, an uncompromising rock group at a time of total censorship and oppression. Renowned for the virtuosity of their lead guitarist, Yuri Ermakov, Sokol pioneered the big beat sound and were tremendously popular in their day. Their original songs inspired many Russian musicians to start writing rock music in their native tongue, while their spirited covers of Western hits by The Yardbirds, The Animals, The Rolling Stones and The Shadows were a breath of fresh air at a time when these recordings were banned and could not be bought in the USSR. MORE :
******
1.Gde tot kray ? (Where that country ?)
2.Solntse nad nami (The Sun Above Us)
3. Film,Film,Film...(song from cartoon Film, Film, Film" )
*****
LINK
Source: allmusic-wingsofdream.blogspot.com
0 Comments+ Sharelabels (2)Flag
AllRussiaUSSR