Sandy Nelson - Golden Hits & The Best Of The Beats

Sandy Nelson was the biggest -- and one of the few -- star drummers of the late '50s and early '60s era in which instrumental rock was at its peak. He landed two Top Ten hits, "Teen Beat" (1959) and "Let There Be Drums" (1961), which surrounded his Gene Krupa-inspired solos with cool, mean guitar licks that were forerunners of the surf sound. Nelson had only one other Top 40 hit, "Drums Are My Beat" (1962). He ground out a quick series of instrumental albums in the early '60s -- eight within 18 months, as a matter of fact -- with several other top Hollywood rock and pop session musicians. Nelson was not that great a drummer, although he was good. His principal importance is that he found a place for drum rock solos in hit instrumental singles, and the more reckless elements of his style no doubt influenced other musicians, such as surf drummers and, later, Keith Moon.

Nelson started to play rock & roll as a teenager in Los Angeles in the 1950s, forming a group that included Jan Berry, Dean Torrence, and Bruce Johnston, all of whom would be important to the surf and hot rod scenes a few years down the line. By the late '50s he was playing sessions, including drums on the Teddy Bears' chart-topper "To Know Him Is to Love Him." After his "Teen Beat" became a hit for Original Sound in 1959, he signed with Imperial as a solo artist, and continued to work as a session musician. For instance, he's heard on Gene Vincent records of the time, as well as the Hollywood Argyles' big hit "Alley Oop," on which he also did some screams. Nelson's numerous solo albums, despite the assistance of top fellow sessioneers like Steve Douglas (sax), Ernie Freeman (piano), and Rene Hall (guitar), had a lot of basic and unimaginative instrumental rock, whether original material or covers of well-known hits of the day. As with Duane Eddy's recordings, however, these simple albums might have helped inspire aspiring musicians as things to play along and learn with, if nothing else.

Near the end of 1963, Nelson was involved in a serious motorcycle accident that necessitated amputation of his right foot and part of his leg. Nonetheless, he managed to resume his drumming career and continued to churn out albums, as well as some singles, of which "Casbah" (1965) is the highlight, with its wild splashing drums and frenetic Middle Eastern/surf guita

Golden Hits & The Best Of The Beats (1997)
Although their titles seem to suggest best-of compilations, both Golden Hits and Best of the Beats are simply two more entries in a long line of Sandy Nelson records cut in response to the chart blockbusters of the moment. These LPs live or die on their relative compatibility with Nelson's strengths and sensibilities, and each of these 12-song efforts is a significant cut above average thanks to the inclusion of several R&B classics that afford the drummer the chance to cut loose. (Their similarities also make them more compatible than many of the pairings on See for Miles' other Sandy Nelson two-fers.) Nelson clearly savors the verve and creativity of Golden Hits covers like Wilbert Harrison's "Kansas City," Bill Doggett's "Honky Tonk," and Fats Domino's "Walking to New Orleans," and his drum solos exhibit an unusual finesse, complementing the melodies instead of overpowering them. The Best of the Beats is even better. The loosey-goosey energy of the New Orleans party classics "Ooh Poo Pah Doo" and "Mother-in-Law" proves particularly well matched to the chaotic abandon of Nelson's rhythms, and he also captures the Latin-flavored verve of the Ritchie Valens hits "Let's Go" and "La Bamba." Best of all are the back-to-back Elvis Presley covers "All Shook Up" and "Don't Be Cruel," which pay implicit homage to D.J. Fontana, the King's longtime sideman and arguably the first truly great rock & roll drummer. 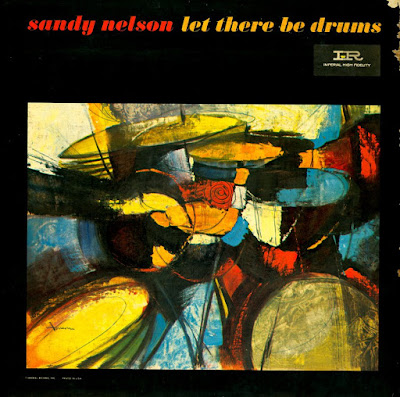 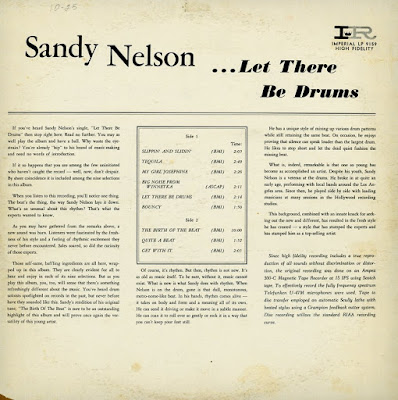 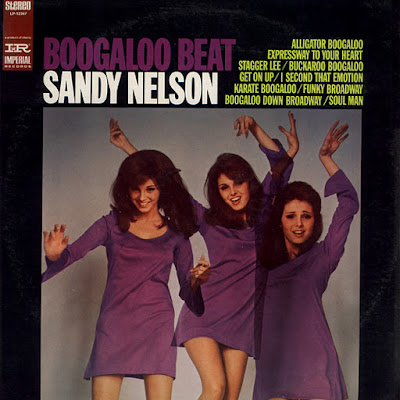 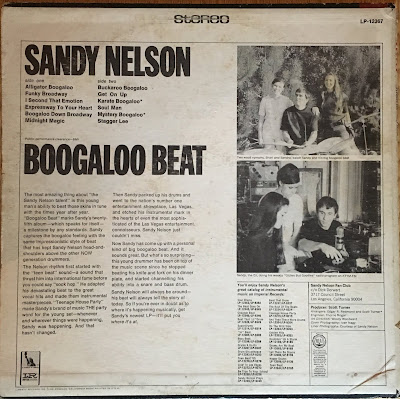 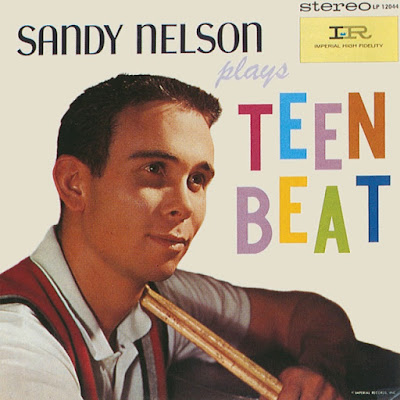 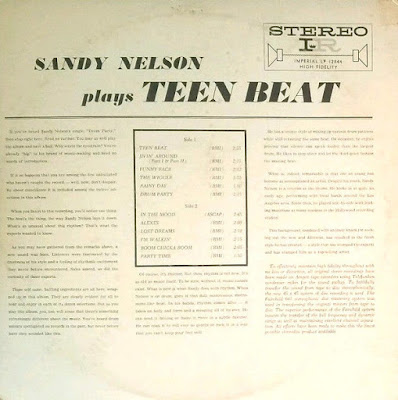