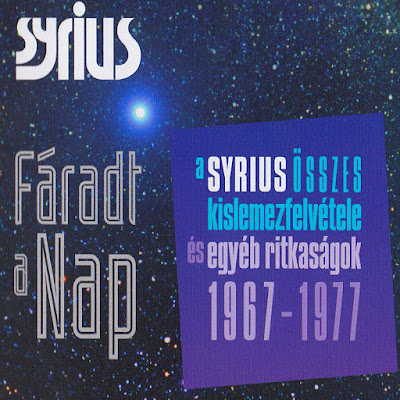 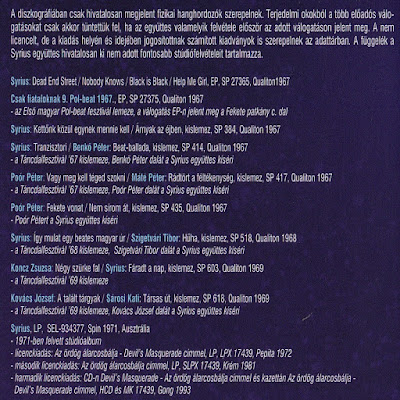 From Beatman:
Sirius - English Singles (1967-1970)
Sirius - Hungarian rock band, operating in the 60's and 70's.
Syrius was founded in 1962 by Zsolt Baronits.
At first they played dance and beat music, then in 1968 the band broke up, some of the members formed 'The Juventus' band. Baronits started to reorganize the band, - after the breakup and reorganization
they began to play typical jazz rock and prog rock. But that is another story...
Here presented rock'n'beat records of 'Sirius' in English language from SP-EP of 1967-1970:
Black Is Black, Nobody Knows, Help Me Girl, Dead End Street, I've Been This Down Before...
mp3-320kbps
music
Source: allmusic-wingsofdream.blogspot.com
2 Comments+ Sharelabels (4)Flag
All60'sHungaryRockSirius