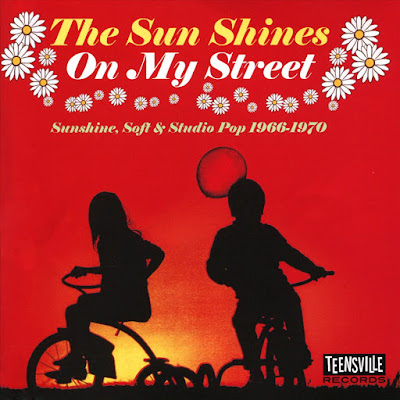 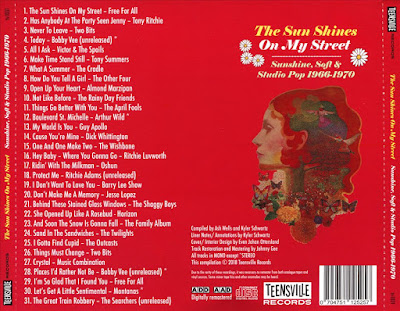 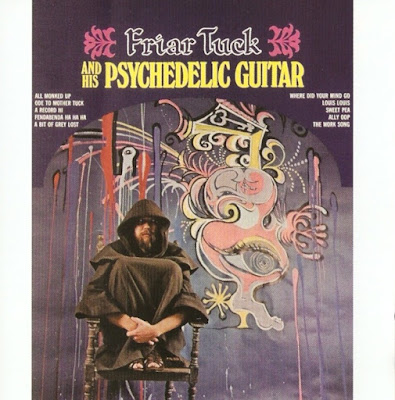 It would be all too easy to simply write this off as a mere exploitation knock-off designed to catch naive hippies. It certainly is that, but it also has the hand (and voice) of Curt Boettcher all over it, and it features Mike Deasy, heavy L.A. session cat and sometime-member of Phil Spector's Wrecking Crew on guitar, musical arrangements and producing. Consisting of about half covers and half originals, the album could hardly be considered truly psychedelic (mostly thanks to the Boettcher vocals) but it is quite interesting in its own way. Deasy's arrangements are strange and wonderful with some hot guitar playing and liberal use of the echoplex. He gives "Louie Louie," the quintessential simple rock & roll tune, a wildly elaborate arrangement, virtually re-creating the tune entirely. He gives Nat Adderly and Oscar Brown, Jr.'s "Work Song" an echoplex and guitar intro, inserts a bit of twang then goes into a classical sounding passage and back. Oddly enough, it also sounds reminiscent of the Count Five's "Psychotic Reaction"! Deasy's ultra-stoned sounding vocals on "Alley Oop" are hilarious. The originals can't be called instrumentals due to Boettcher and company's ever present wordless vocals, which get really bizarre on "Fendabenda Ha Ha Ha" and "Where Did Your Mind Go?." [These tracks are a really odd combination of gonzo guitar soloing and the Living Voices on acid. The bonus tracks by the Flower Pot have actual lyrics and are less elaborately arranged than the Friar Tuck album, and have quite a different feel to them. "Black Moto" and "Wantin' Ain't Gettin" even have some sitar. Originally issued as 45 rpms, they're a nice addition and it makes sense to gather Deasy's originals all in one place. All in all, Friar Tuck & His Psychedelic Guitar is a thoroughly entertaining curiosity. [This album was reissued in 2007 with four bonus tracks from the Flower Pot.]
http://psychedelic-delicatessens.blogspot.com/2013/07/friar-tuck-friar-tuck-and-his.html 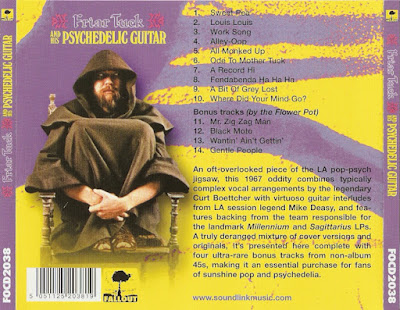 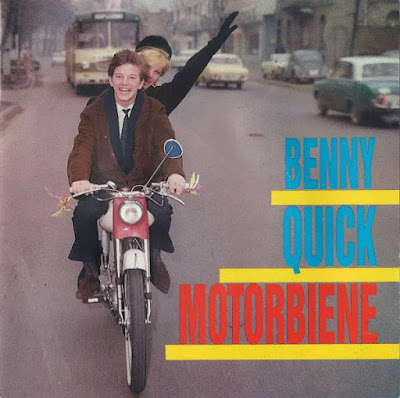 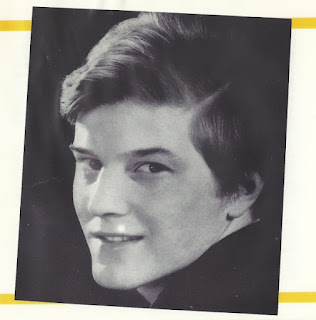 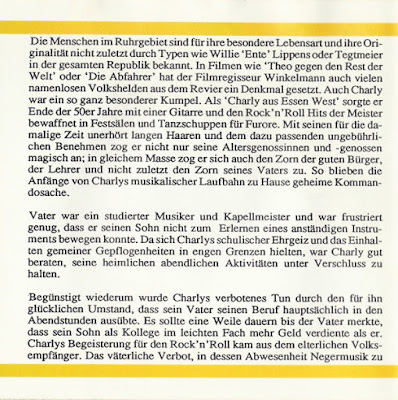 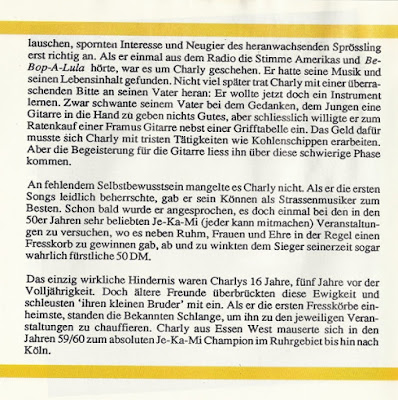 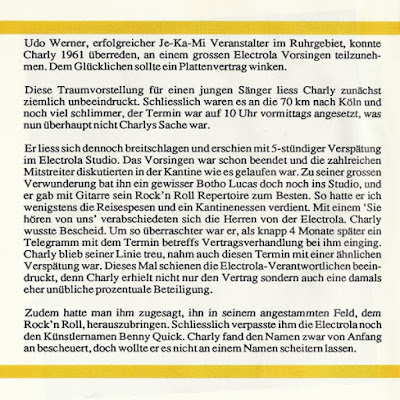 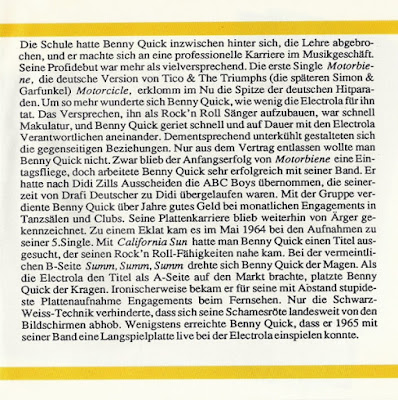 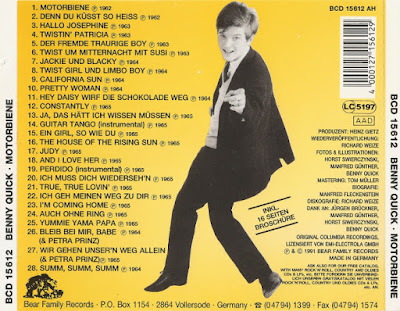 VA - My World of Make Believe 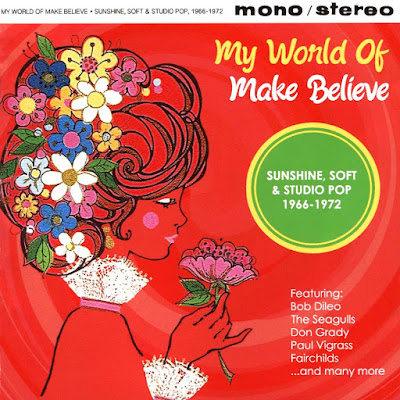 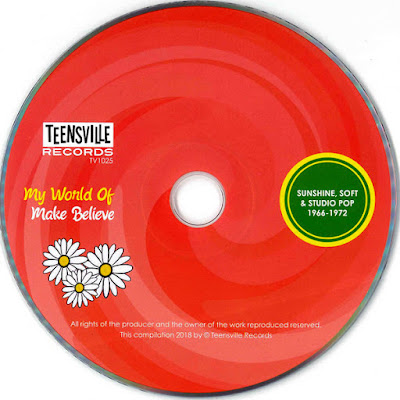 Sunshine pop from deep in the 60s underground – not the overplayed hits you'd know from oldies stations, but instead the kind of well-produced by totally obscure gems that drive the true collectors of the style! These tunes are amazing – really well-written and recorded, often with harmonies on the vocals, mixed with some psych instrumentation and sometimes set to larger arrangements – the kind of top-shelf work you'd know from big sunshine pop classics on labels like Capitol, Uni, or Warner Brothers – but much less familiar! The set's maybe the best we've seen so far on the Teensville label, and features a whopping 32 tracks in all – with titles that include "Sing To Me" by Bob Dileo, "My World Of Make Believe" by Barry Darvel, "Thinkin Bout Me" by Fairchilds, "Twiggs" by The Seagulls, "Don't Let Me Catch You In His Arms" by The Razor's Edge, "Shine A Little Light" by Bat McGrath & D Harvey Potter, "I Can't Get Nowhere With You" by Kris Jensen, "Let It Happen" by Don Grady, "I Just Haven't Got What It Takes" by Toni Scotti, "Loving Two" by Peter Courtney, "Like It Never Was" by Peter Vigrass, "It's Waiting There For You" by The Furnacemen, and "Don't Look At Me" by Frank Lyndon. ( © 1996-2018, Dusty Groove, Inc.) 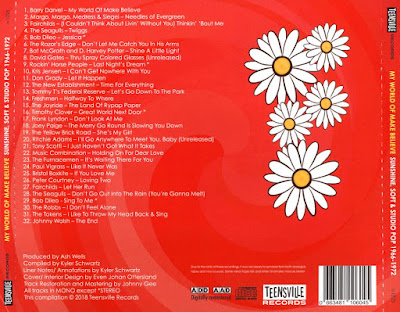 Thanks Robert for this...
***
Source: allmusic-wingsofdream.blogspot.com
8 Comments+ Sharelabels (4)Flag
AllPopSoftSunshineVA 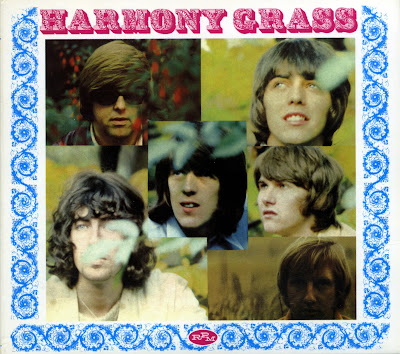 Harmony Grass was a British sunshine pop group briefly active in the late 1960s.
The group was formed in Essex by previous members of Tony Rivers & the Castaways, including Rivers himself. They signed to RCA Records about a year after they formed, and their single "Move in a Little Closer" hit No. 24 on the UK Singles Chart in January 1969. They released one album, This Is Us, in 1969, on the RCA label, and performed in the UK, including at London's Marquee Club, but had broken up by 1970. 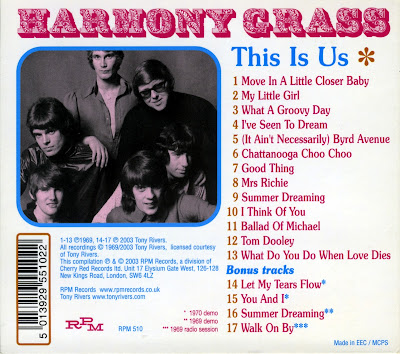 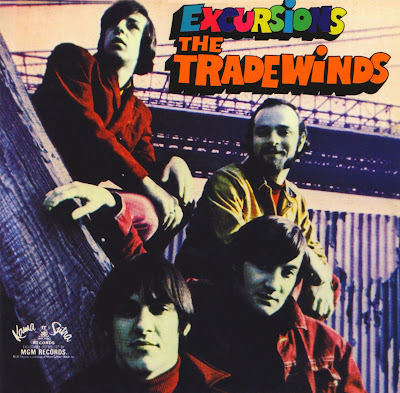 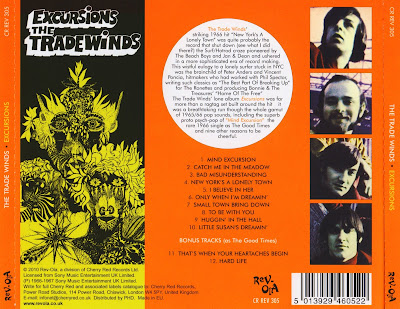 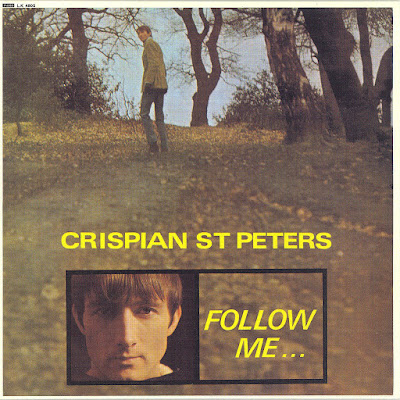 
He was born Robin Peter Smith in Swanley, Kent and attended Swanley Secondary Modern School. He learned guitar and left school in 1954 to become an assistant cinema projectionist. As a young man, he performed in several relatively unknown bands in England. In 1956, he gave his first live performance, as a member of The Hard Travellers. Through the late 1950s and early 1960s, as well as undertaking National Service, he was a member of The Country Gentlemen, Beat Formula Three, and Peter & The Wolves.

Decca label
While a member of Beat Formula Three in 1963, he was heard by David Nicolson, an EMI publicist who became his manager. Nicholson suggested he use a stage name, initially Crispin Blacke and subsequently Crispian St. Peters, and deducted five years from his client's age for publicity purposes. In 1964, as a member of Peter & The Wolves, St. Peters made his first commercial recording. He was persuaded to turn solo by Nicolson, and was signed to Decca Records in 1965. His first two singles on this record label, "No No No" and "At This Moment", proved unsuccessful on the charts.[1] He made two television UK appearances in February of that year, featuring in the shows Scene At 6.30 and Ready Steady Go!

In 1966, St. Peters' career finally yielded a Top 10 hit in the UK Singles Chart, with "You Were on My Mind," a song first recorded in 1964 by the Canadian folk duo, Ian & Sylvia, and a hit in the United States for We Five in 1965. St. Peters' single eventually hit #2 in the UK and was then released in the US on the Philadelphia-based Jamie Records label. It did not chart in the US until after his fourth release, "The Pied Piper", became forever known as his signature song and a Top 10 hit on both sides of the Atlantic.

Under manager David Nicolson's tutelage the shy star was momentarily transformed into arrogance incarnate and astonished the conservative music press of the period by his suggestion that he had written 80 songs of better quality than those of The Beatles. Other stars were also waved aside as St. Peters announced that he was better than Elvis Presley: "I'm going to make Presley look like the Statue of Liberty . . . I am sexier than Dave Berry and more exciting than Tom Jones . . . and the Beatles are past it". Outraged readers denounced him in letters columns. However, St. Peters' comments were meant to be tongue-in-cheek as he explained in an interview by Douglas Antreassian entitled "Then and Now - Britain's Pied Piper Sets The Record Straight." "The Pied Piper" had been recorded in 1965 by its writers, Steve Duboff and Artie Kornfeld, as The Changin' Times, but it was St. Peters' version in 1966 that was the hit, reaching #4 on the Billboard Hot 100, and #5 in the UK. No subsequent release would ever match the success of "The Pied Piper," although its success helped boost "You Were on My Mind" into the US Top 40. Thereafter St. Peters was remembered more for his idle boasts than his music.

Although his next single, a version of Phil Ochs' song "Changes," also reached the charts in both the UK and US, it was much less successful. In 1967, St. Peters released his first LP, Follow Me, which included several of his own songs. One of them, "I'll Give You Love," was recorded by Marty Kristian in a version produced by St. Peters, and became a big hit in Australia. St. Peters' album was followed by his first EP, Almost Persuaded, yet by 1970, he was dropped by Decca.

"You Were on My Mind" was featured in the 1996 German film Jenseits Der Stille.

Crispian St. Peters never seemed to really find a style of his own, and his rather low-key career has seen him release light rockabilly, pure pop, country-rock, and folk-rock singles, one of which, 1966's "The Pied Piper," was an international hit and anchored Follow Me when it was originally released that same year. That entire album is included here, along with six period bonus tracks, including an interesting attempt from 1967 to make Phil Ochs' "Changes" into a folk-rock anthem, an attempt that probably came a year or two too late to really click with the public. Follow Me is a pleasant enough folk-pop album, with a few standout tracks like the Byrds-ish "So Long," the Buddy Holly-like "Jilly Honey," and St. Peters' cover of Sylvia Tyson's "You Were on My Mind" (a much bigger hit in a version by the We Five) achieving gentle grooves that work pretty much in the vein of "The Pied Piper." Nothing to crow about here (even with guitarist Jimmy Page on board), but it was to be St. Peters' high point, and in retrospect, deserves to be. 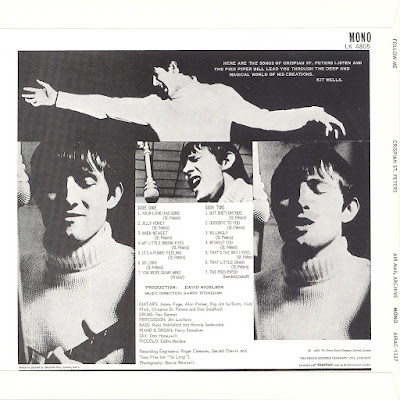 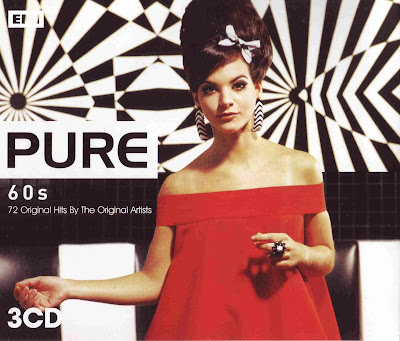 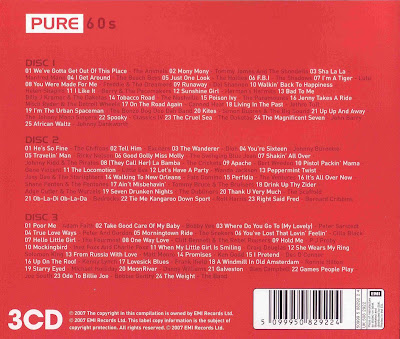