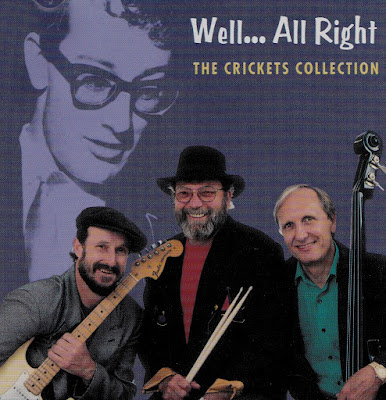 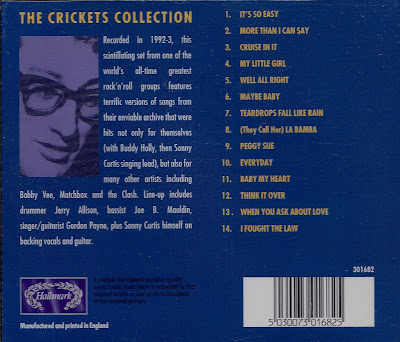 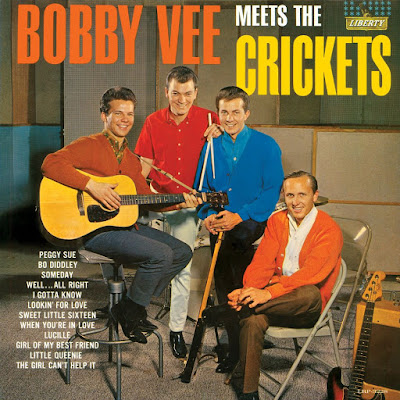 Launching his career as a fill-in for the recently deceased Buddy Holly, Bobby Vee scored several pop hits during the early '60s, that notorious period of popular music sandwiched between the birth of rock & roll and the rise of the British Invasion. Though a few of his singles -- "Rubber Ball," for one -- were as innocuous as anything else from the era, Vee had a knack for infectious Brill Building pop, thanks to his ebullient voice as well as the cadre of songwriters standing behind him.
Born in Fargo, North Dakota in 1943, Robert Thomas Velline was still in his teens when he formed his first combo, the Shadows, with his brother Bill and their friend Bob Korum. The trio were playing around the area when their big break came, at the expense of one of Bobby's musical idols; the Winter Dance Party package tour, with Buddy Holly, Ritchie Valens, and the Big Bopper were on their way to Fargo when their plane went down in Iowa, killing all three. The Shadows were scheduled to play the date instead of Holly, and several months later, producer Tommy "Snuff" Garrett supervised their first recording session and the release of the single "Suzie Baby" on Soma Records. Liberty/RCA picked up the single later in the year, and though it just barely scraped the pop charts, the label kept plugging with Vee as a solo act, recording him on Adam Faith's "What Do You Want?," which also failed to move.
With the collective might of the Brill Building behind him, though, Vee was guaranteed to make it; his third single, "Devil or Angel," hit the Top Ten in mid-1960, followed by "Rubber Ball" later that year. One year later, Vee's biggest hit, "Take Good Care of My Baby," spent three weeks at number one, followed by the number two "Run to Him." His fame appeared to wane after the 1962 Top Ten single "The Night Has a Thousand Eyes," due in large part to the success of the Beatles and other English acts. Vee appeared in several movies (Just for Fun, Play It Cool) and briefly tried to cash in on the British phenomenon -- with the disappointing Bobby Vee Sings the New Sound from England! -- but also recorded songs by his early influences, including Buddy Holly and the Crickets. Vee continued to chart throughout the '60s, and even hit the Top Ten again in 1967 with "Come Back When You Grow Up," but after a brief attempt at more serious recordings, he hit the rock & roll oldies circuit. He died in 2016 at the age of 73.
Bobby Vee Meets The Crickets is a cross-over rock and roll album that brings singer Bobby Vee together with the Crickets. It was Vee's 6th album and The Crickets' second release following the departure and subsequent death of their front man, Buddy Holly. The album contains new versions of three songs written by or recorded by Holly—Peggy Sue, Bo Diddley, and Well...All Right—and a host of cover versions of 1950s rock'n'roll songs by artists like Little Richard and Chuck Berry. Originally released as an LP record on July 14, 1962, the album was re-released on CD in 1991, with bonus tracks not featured on the original album.
https://en.wikipedia.org/wiki/Bobby_Vee_Meets_the_Crickets
Bobby Vee & The Crickets - Bobby Vee Meets The Crickets (1991) 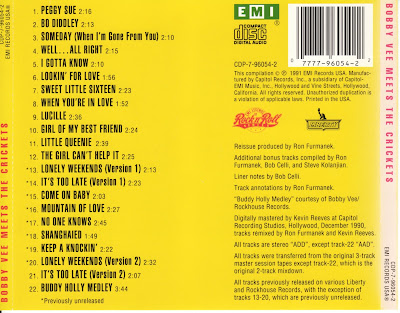 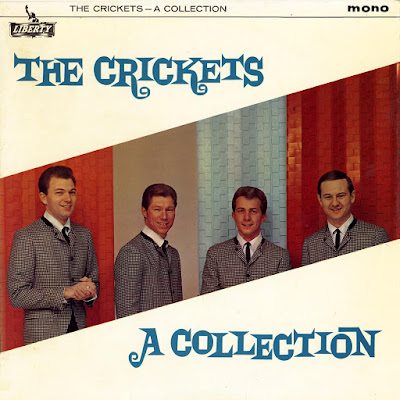 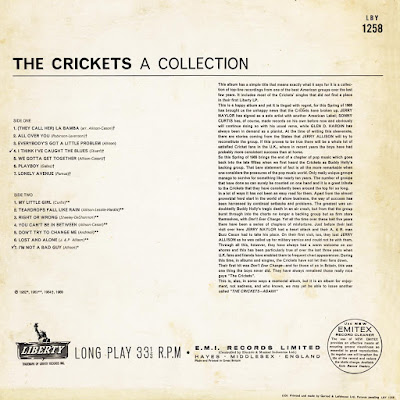 01 - La Bamba
02 - All Over You
03 - Everybody's Got A Little Problem
04 - I Think I've Caught The Blues
05 - We Gotta Get Together
06 - Playboy
07 - Lonely Avenue
08 - My Little Girl
09 - Teardrops Fall Like Rain
10 - Right Or Wrong
11 - You Can't Be In Between
12 - Don't Try To Change Me
13 - Lost And Alone
14 - I'm Not A Bad Guy
US American band, which started in the 1950s with members: Buddy Holly (real name: Charles Hardin Holley) (vocals/guitar), Jerry Allison (drums), Niki Sullivan (guitar) and Joe Mauldin (bass). Member Niki Sullivan left in 1958 and Buddy Holly died in 1959. Afterwards the band was kept alive by Jerry Allison, who still recorded and toured with various line-ups, including some with the early sixties personnel.
http://www.thecrickets.com/bios.html
***
Source: allmusic-wingsofdream.blogspot.com
0 Comments+ Sharelabels (1)Flag
AllThe Crickets 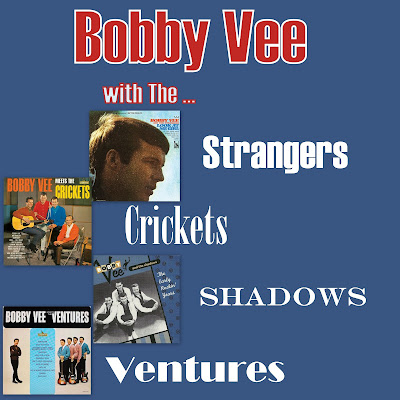 Bobby Vee With The...
Bobby Vee & The Strangers - Look At Me Girl (1966)
The Strangers studio group behind Bobby Vee on several recordings. 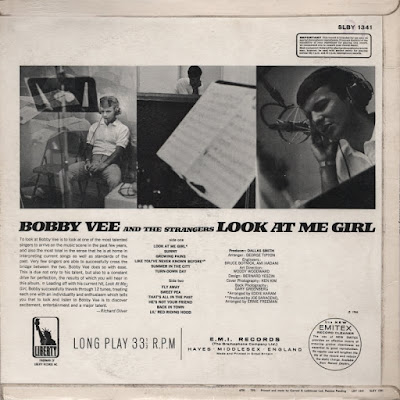 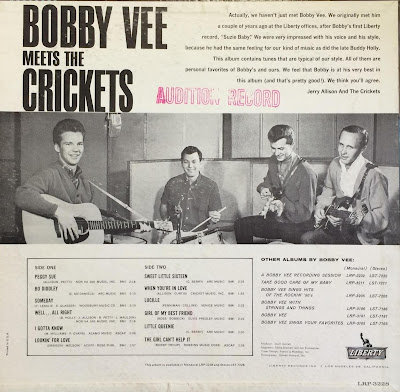 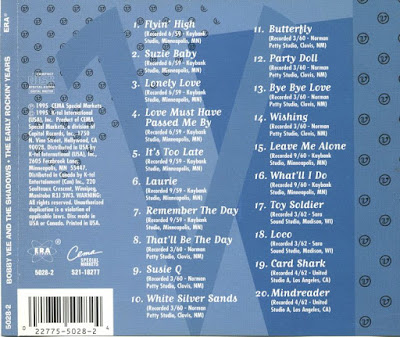 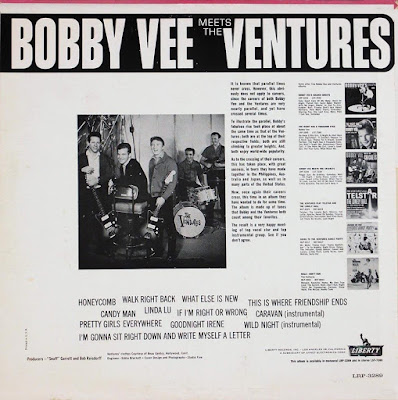 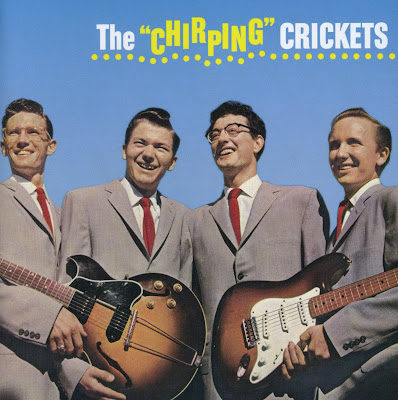 The debut album by the Crickets and the only one featuring Buddy Holly released during his lifetime, The "Chirping" Crickets contains the group's number one single "That'll Be the Day" and its Top Ten hit "Oh, Boy!." Other Crickets classics include "Not Fade Away," "Maybe Baby," and "I'm Looking for Someone to Love." The rest of the 12 tracks are not up to the standard set by those five, but those five are among the best rock & roll songs of the 1950s or ever, making this one of the most significant album debuts in rock & roll history, ranking with Elvis Presley and Meet the Beatles. 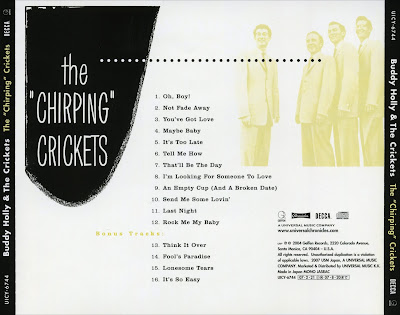 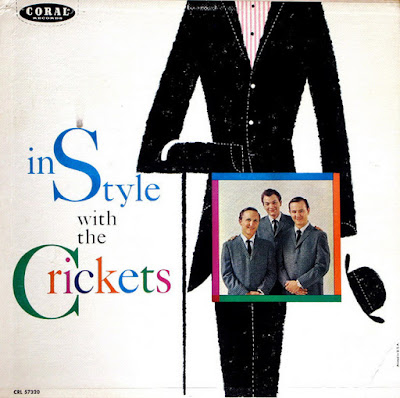 The sole album done by the Crickets without Buddy Holly and prior to their move to Liberty Records is superior to most of what they did for Liberty, and it's certainly closer in sound to Buddy Holly's late-1950s discs. It's not the same as hearing Buddy Holly: he's a singer/songwriter/guitarist that cannot be replaced. It is, nevertheless, good Tex-Mex rock, particularly on the tunes where Sonny Curtis had a hand in the songwriting. By far the most significant cut is the original version of "I Fought the Law," an arrangement pretty close to that of Bobby Fuller's classic 1966 hit version, but not as full and punchy, particularly in the backup vocals. This LP was definitely influential on the Bobby Fuller Four, as they covered no less than three of the songs: "I Fought the Law," Sonny Curtis' "Baby, My Heart," and "Love's Made a Fool of You," which made the Top 30 in the U.K. The other cuts are not as strong (particularly the covers of "Great Balls of Fire" and "Rockin' Pneumonia and the Boogie Woogie Flu"), but they're still honest and true -- something that can't be said of a lot of famous groups that have decided to keep on recording when the star of the show becomes unavailable. The sweet ballad "More Than I Can Say" would become a #2 hit for Leo Sayer in 1980. The German CD reissue on MCA adds six bonus cuts from non-LP singles and outtakes, which are definitely worth having and were otherwise only available on the German compilation Rare Items, 1959-60. These include the original version of "Someone, Someone," taken to #2 in the U.K. by Brian Poole and the Tremeloes in 1964, and "Don'Cha Know," covered by the Searchers. 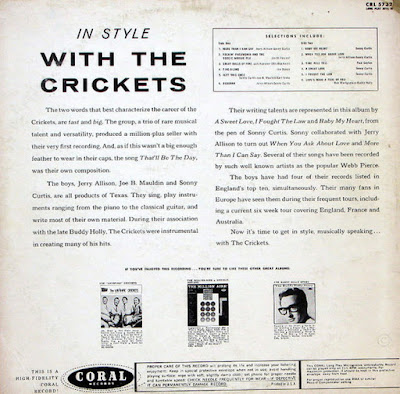 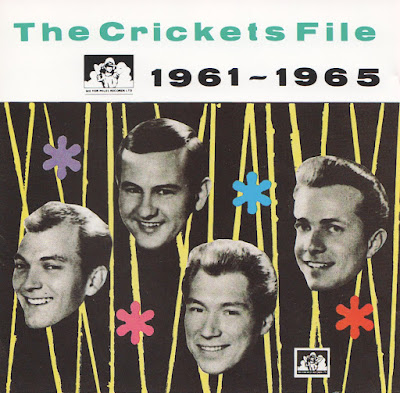 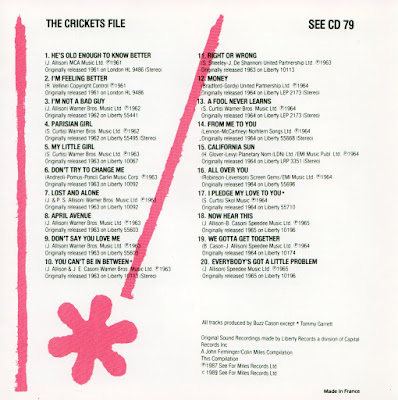 The Crickets - Still In Style 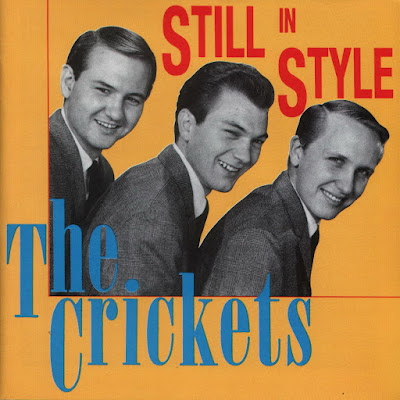 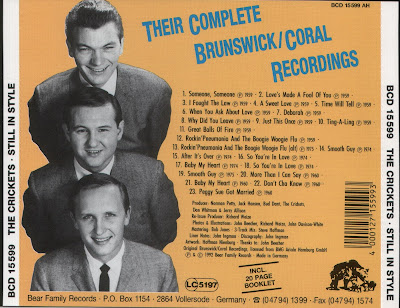 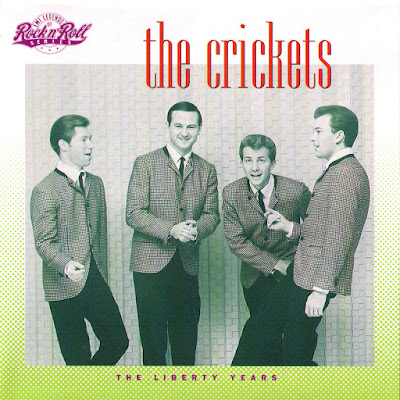 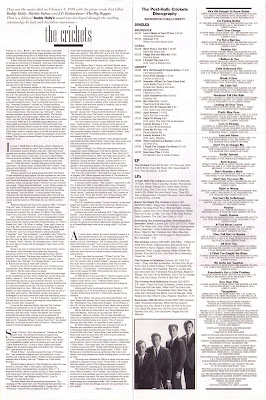 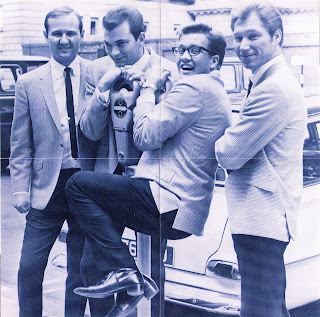 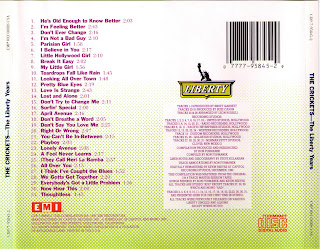 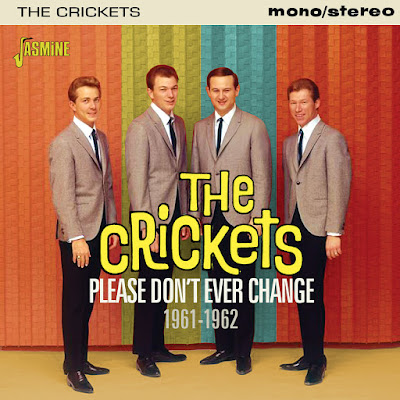 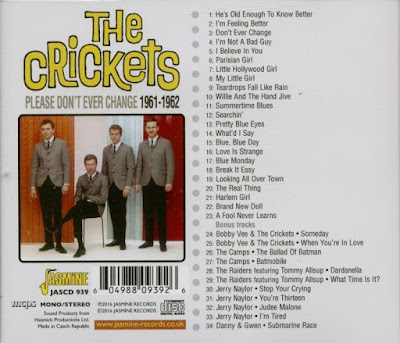