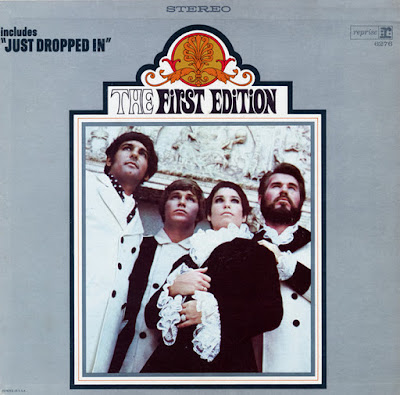 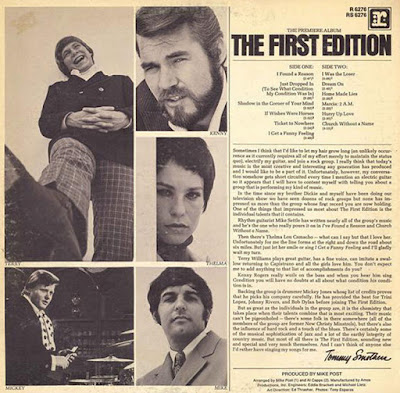 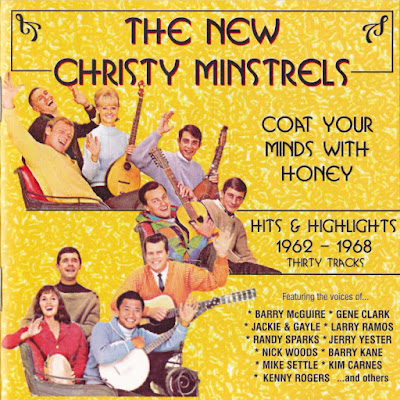 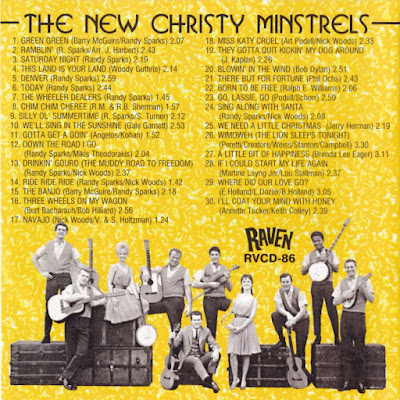 https://thenewchristyminstrels.com
This 30-song anthology from Australia actually complements the Collectors' Choice Definitive New Christy Minstrels just about perfectly, despite overlapping it for 13 songs. A full 17 songs here don't appear on the Collectors' Choice double CD, and while some of them are not representative of the group's best work or the most distinctive part of its history, they're almost all entertaining and, in many instances, are enlightening as well. And then there's the sound on this CD, which is very bright and clean, in keeping with Raven Records' usual standard. Where the material does overlap with The Definitive New Christy Minstrels, it's the songs one would expect: basically, the hits and the crowd-pleasers, plus obvious odd numbers such as the Burt Bacharach co-authored "Three Wheels on My Wagon." Coat Your Minds With Honey presents those songs in bright and crisp form (the stereo separation on "Green, Green" is a real treat), but mostly it's the songs unique to this set that justify the $18 list price, including some genuinely strange (for this group) numbers. Some of the later '60s recordings featured here will seem jarring heard within the folk music orientation of most of this CD. The notes by Chuck Miller present a different interpretation of the group's history than those by Tom Pickles on the Collectors' Choice set (which cuts off in 1965), also extending that history to the end of the '60s and beyond, and mentioning the contributions of latter-day members such as Kenny Rogers and Kim Carnes. (Australian import)
The New Christy Minstrels - Hits and Highlights 1962-1968 (Coat Your Mind in Honey) 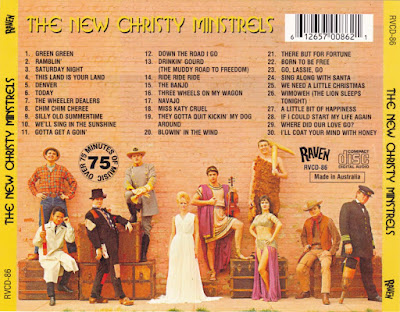 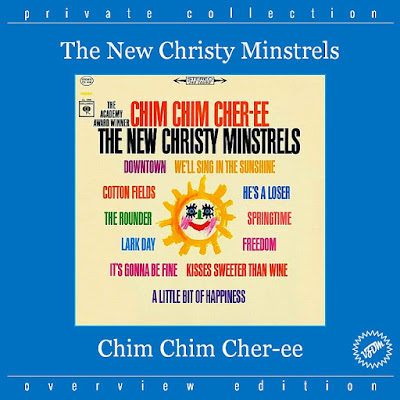 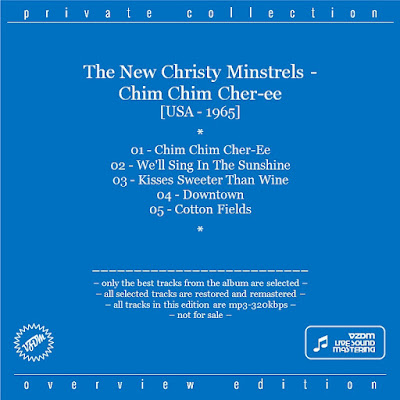 From Beatman:
The New Christy Minstrels - Chim Chim Cher-ee (1965)
Continuing the theme 'Private Collection - Overview Albums'...
This time it's an American folk band, founded by musician and songwriter Randy Sparks in 1961 at the University of California, Berkeley, on a wave of folk revival - and they all released more than 20 albums ... In the tenth album 'Chim Chim Cher-ee' they perform: a song from the movie 'Mary Poppins', hits of Gale Garnett, Jimmie Rodgers, Petula Clark, and "evergreen" Cotton Fields...
All selected tracks are restored and remastered for a good modern sound...