A D-Xirable Poem! James Patrick Kinney "The Cold Within"

Published:
Hello my wonderful and amazing loves!
I've been quite busy lately. I will post pictures up of my recent activities soon. In the meantime, I would like to share a post of one of my favorite poems from high school. The poem is called "The Cold Within" by James Patrick Kinney. Basically, it's a poem about selfishness. I hope you enjoy the poem and post!
"Every man must decide whether he will walk in the light of creative altruism or in the darkness of destructive selfishness."
~ Martin Luther King, Jr.
"Great achievement is usually born of great sacrifice, and is never the result of selfishness."
~ Napoleon Hill
"Selfishness is the greatest curse of the human race."
~ William E. Gladstone 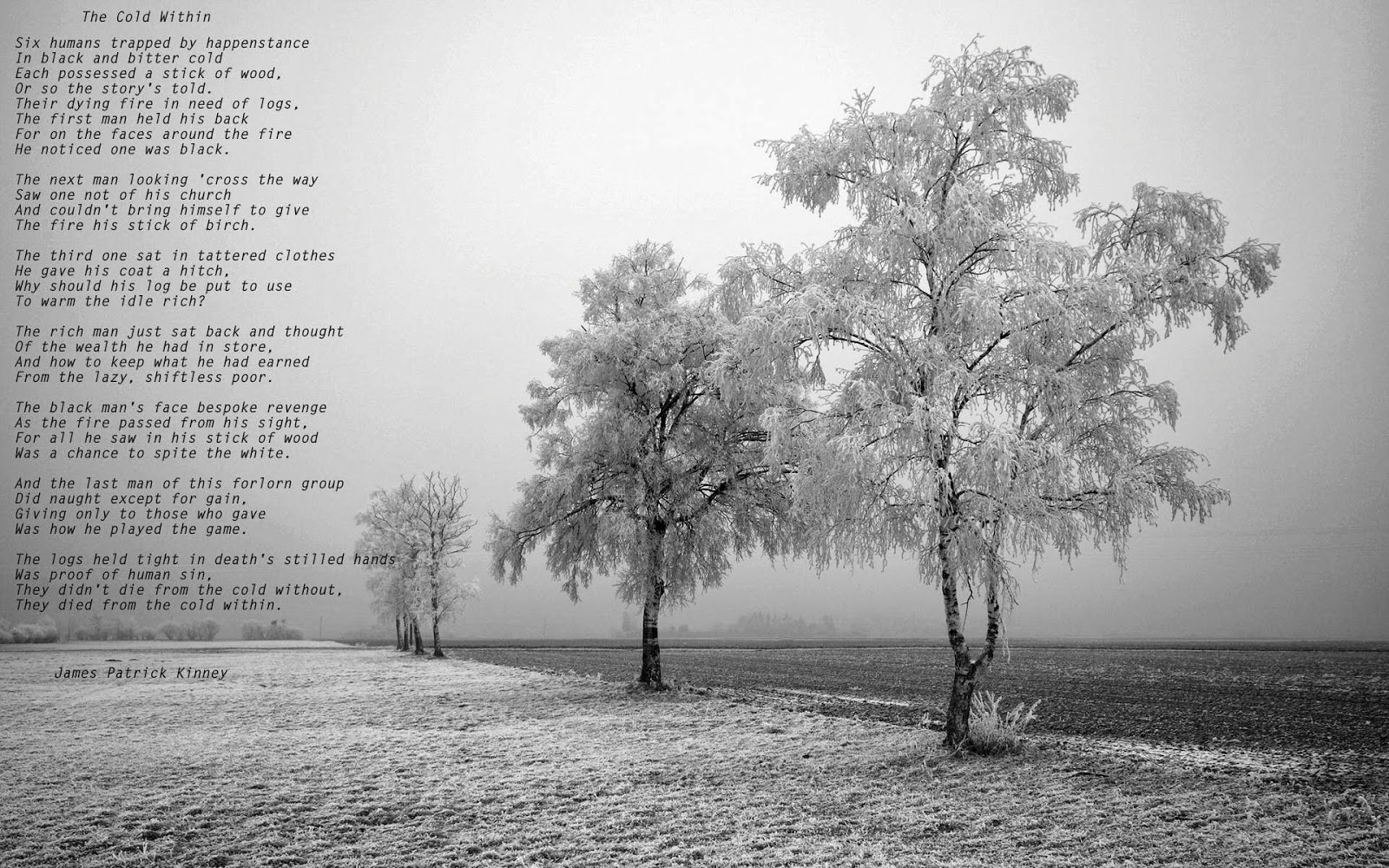 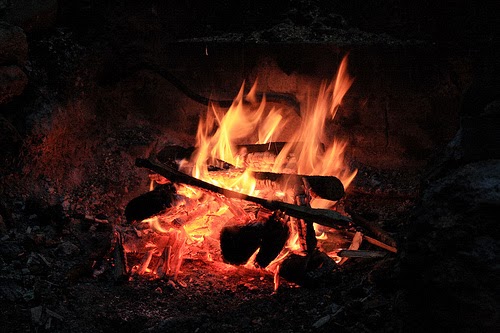 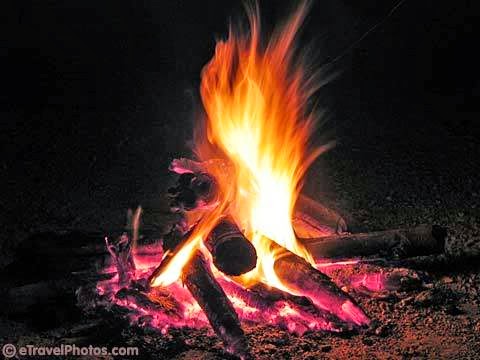 "THE COLD WITHIN"
by James Patrick Kinney
Six humans trapped in happenstance
In dark and bitter cold,
Each one possessed a stick of wood,
Or so the story's told.
Their dying fire in need of logs
The first woman held hers back,
For of the faces around the fire,
She noticed one was black.
The next man looking across the way
Saw not one of his church,
And couldn't bring himself to give
The fire his stick of birch.
The third one sat in tattered clothes
He gave his coat a hitch,
Why should his log be put to use,
To warm the idle rich?
The rich man just sat back and thought
Of the wealth he had in store,
And how to keep what he had earned,
From the lazy, shiftless poor.
The black man's face bespoke revenge
As the fire passed from sight,
For all he saw in his stick of wood
Was a chance to spite the white.
The last man of this forlorn group
Did naught except for gain,
Giving only to those who gave,
Was how he played the game.
The logs held tight in death's still hands
Was proof of human sin,
They didn't die from the cold without,
They died from the cold within. 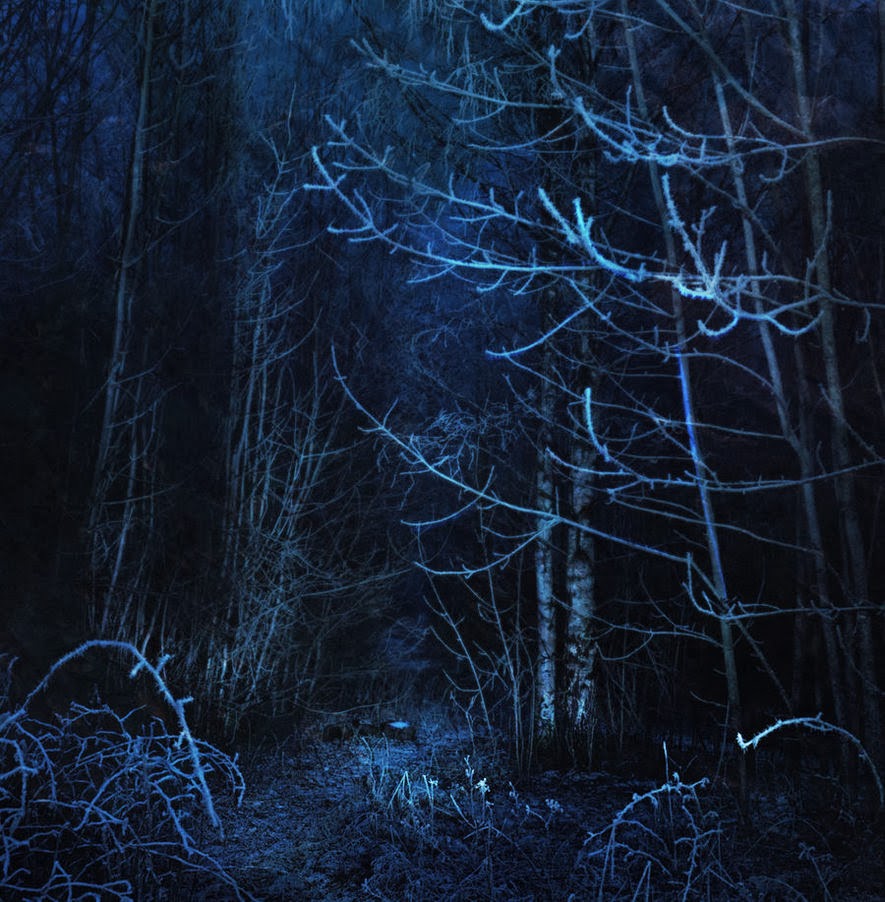 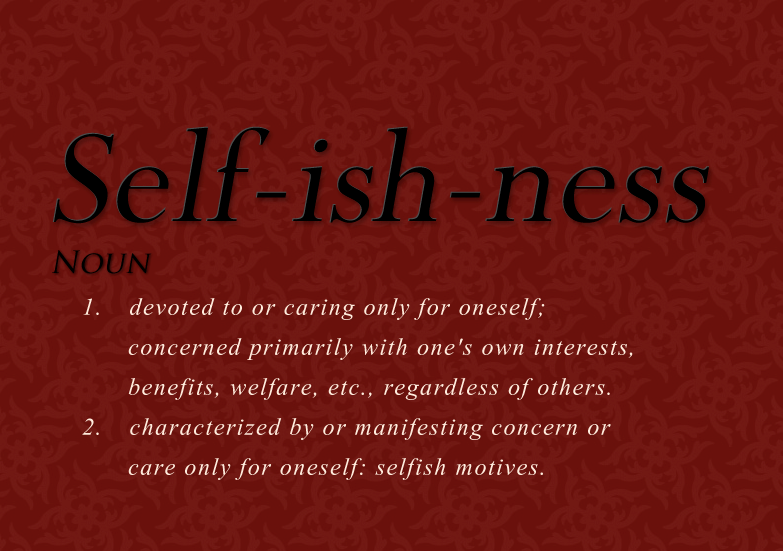