With her husband, Hugh Marsh, missing in the netherworld and presumed dead, Elle Chance loses herself in the task at hand: piloting the airship Water Lily on commissions across the globe. But as it turns out, her beloved is very much alive—the once-powerful warlock reduced to a wraith. When Water Lily is threatened by pirates, Elle will have to channel all her power as the Oracle—the keeper of the barrier between the two Realms—to try to save what she loves most. As the dark forces of Shadow converge around her, Elle must find a way to breach the curse that binds Marsh. But once released, will Marsh return to her—or is their love destined to die so that he can live?

Sword of the North
Grim Company 2
Roc, 2014
Hardcover and eBook 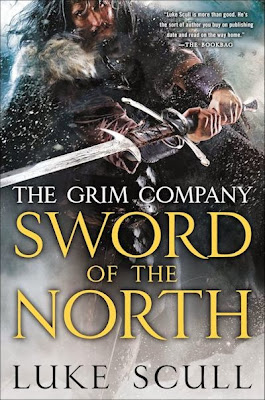 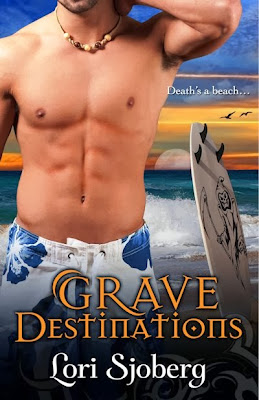 She’s sexy-fierce, resourceful—and will do anything to protect victims as innocent as she once was. But this kick-ass reaper never bargained on meeting her not-quite-human match…or putting their very souls on the line.

A luxury Caribbean cruise is Ruby Dawson’s idea of hell even under the best circumstances. Too many bad memories bubble up—especially of the wrenching injustice that made her a reaper. It doesn’t help that Jack Deverell is making this routine soul-collecting job twice as difficult with his devilish good looks and not-so-innocent questions. Now, as several unscheduled, unexplainable deaths throw passengers and crew into a panic, Jack becomes the prime suspect. The only way Ruby can save him is to challenge the decades-old curse threatening his soul. And as a malevolent unstoppable force turns their immortality into a fatal weakness, Ruby and Jack must risk their fragile humanity to save Fate’s delicate balance and their own unexpected destiny…

The House at the End of Hope Street
Penguin, March 25, 2014
Trade Paperback, 320 pages
Previously released in Hardcover and eBook, April 4, 2013 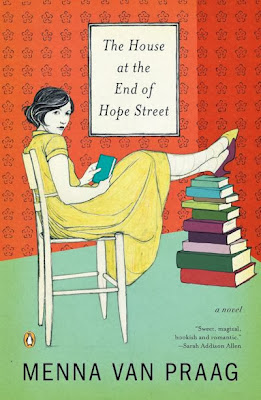 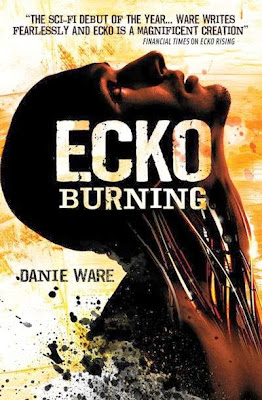 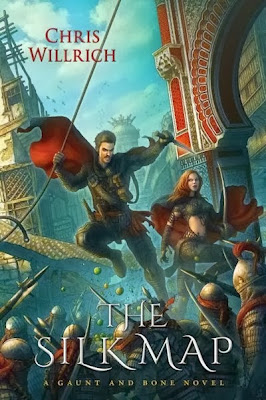 At the end of The Scroll of Years, the poet Persimmon Gaunt and her husband, the thief Imago Bone, had saved their child from evil forces at the price of trapping him within a pocket dimension. Now they will attempt what seems impossible; they will seek a way to recover their son. Allied with Snow Pine, a scrappy bandit who's also lost her child to the Scroll of Years, Gaunt and Bone awaken the Great Sage, a monkeylike demigod of the East, currently trapped by vaster powers beneath a mountain. The Sage knows of a way to reach the Scroll-but there is a price. The three must seek the world's greatest treasure and bring it back to him. They must find the worms of the alien Iron Moths, whose cocoons produce the wondrous material ironsilk.

And so the rogues join a grand contest waged along three thousand miles of dangerous and alluring trade routes between East and West. For many parties have simultaneously uncovered fragments of the Silk Map, a document pointing the way toward a nest of the Iron Moths. Our heroes tangle with Western treasure hunters, a blind mystic warrior and his homicidal magic carpet, a nomad princess determined to rebuild her father's empire, and a secret society obsessed with guarding the lost paradise where the Moths are found-even if paradise must be protected by murder. 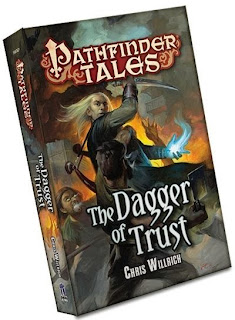 Gideon Gull leads a double life: one as a talented young bard at the Rhapsodic College, and the other as a student of the Shadow School, where Taldor’s infamous Lion Blades are trained to be master spies. When a magical fog starts turning ordinary people into murderous mobs along the border between Taldor and Andoran, it’s up to Gideon and a crew of his fellow performers to solve the mystery. But can a handful of entertainers really stop a brewing war?

From author Chris Willrich comes a new adventure of intrigue, espionage, and arcane mystery, set in the award-winning world of the Pathfinder Roleplaying Game.