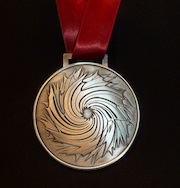 The Jury
The jurors for the 2017 award are Nancy Baker, Michel Basilières, Rebecca Bradley, Dominick Grace, and Sean Moreland.

Source: qwillery.blogspot.com
+ Sharelabels (3)Flag
All2017 Sunburst AwardShortlistSunburst Award for Excellence in Canadian Literature of the Fantastic