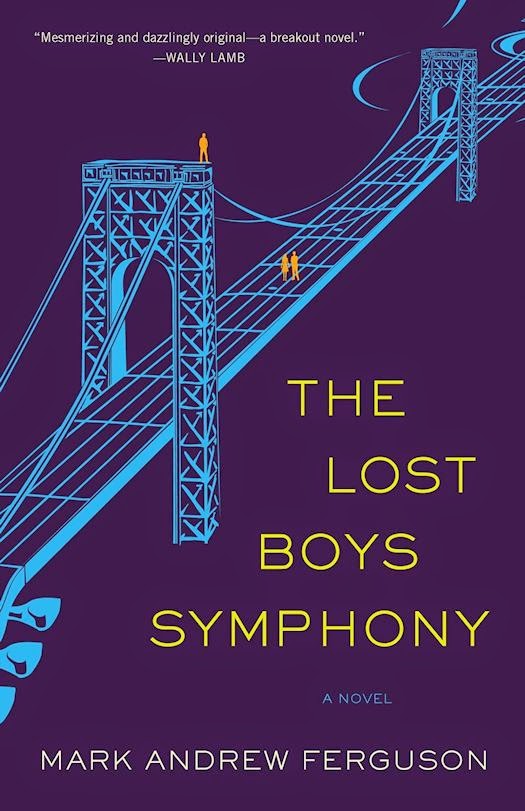 A STARTLINGLY ORIGINAL, GENRE-BENDING LITERARY DEBUT IN WHICH A LOVESICK COLLEGE STUDENT IS ABDUCTED BY HIS FUTURE SELVES.

After Henry's girlfriend Val leaves him and transfers to another school, his grief begins to manifest itself in bizarre and horrifying ways. Cause and effect, once so reliable, no longer appear to be related in any recognizable manner. Either he's hallucinating, or the strength of his heartbreak over Val has unhinged reality itself.

After weeks of sleepless nights and sick delusions, Henry decides to run away. If he can only find Val, he thinks, everything will make sense again. So he leaves his mother's home in the suburbs and marches toward the city and the woman who he thinks will save him. Once on the George Washington Bridge, however, a powerful hallucination knocks him out cold. When he awakens, he finds himself kidnapped by two strangers--one old, one middle-aged--who claim to be future versions of Henry himself. Val is the love of your life, they tell him. We've lost her, but you don't have to.

In the meantime, Henry's best friend Gabe is on the verge of breakdown of his own. Convinced he is somehow to blame for Henry's deterioration and eventual disappearance, Gabe is consumed by a potent mix of guilt and sadness. When he is approached by an enigmatic stranger who bears a striking resemblance to his lost friend, Gabe begins to fear for his own sanity. With nowhere else to turn, he reaches out to the only person who can possibly help him make sense of it all: Val.

The Lost Boys Symphony is a beautiful reminder of what it's like to be young, lost, and in and out of love for the very first time. By turns heartfelt and heartbreaking, Ferguson's debut novel boldly announces the arrival of a spellbinding new talent on the literary stage, in a master feat of empathy and multilayered storytelling that takes adventurous literary fiction to dizzying new heights.