What's Up for the Debut Author Challenge Authors? - Part 31

What's Up for the Debut Author Challenge Authors? - Part 31

Published:
This is the thirty-first in a series of updates about formerly featured Debut Author Challenge authors and their 2015 works published since the last update and any upcoming works for 2016. The year in parentheses after the author's name is the year she/he was featured in the Debut Author Challenge. 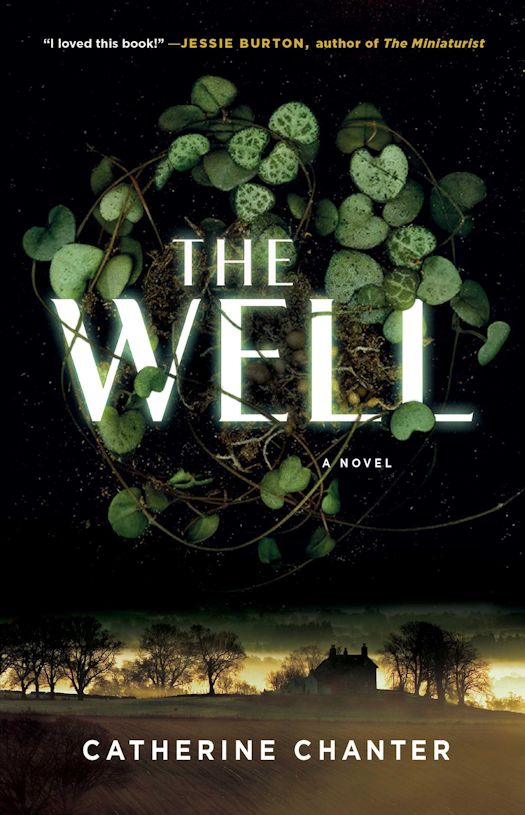 Set in a modern-day Britain where water is running out everywhere except at the farm of one seemingly ordinary family whose mysterious good fortune leads to a shocking act of violence, The Well is “extraordinary...a mesmerizing read…combining a gripping mystery, nuanced psychological drama, and striking prose” (Publishers Weekly, starred review).

When Ruth Ardingly and her family make that first long drive up from the city in their grime-encrusted car and view The Well, they are enchanted by a jewel of a farm that appears to offer everything they need: an opportunity for Ruth, an escape for her husband, and a home for their grandson. But when the drought begins, everything changes. Surrounded by thirty acres of lush greenery, the farm mysteriously thrives while the world outside crumbles under the longest dry spell in recorded history. No one, including the owners, understands why.

But The Well’s unique glory comes at a terrible price. From the envy of their neighbors to the mandates of the government, from the fanaticism of a religious order called the Sisters of the Rose to the everyday difficulties of staying close as husband and wife, grandmother and child—all these forces lead to a shocking crime. Accusations of witchcraft, wrongdoing, and murder envelop the family until their paradise becomes a prison.

A beautifully written debut novel that “channels Margaret Atwood and Gillian Flynn, creating a story that’s speculative and suspenseful” (Minneapolis Star Tribune), The Well is an utterly haunting meditation on the fragile nature of our relationships with each other and the places we call home. 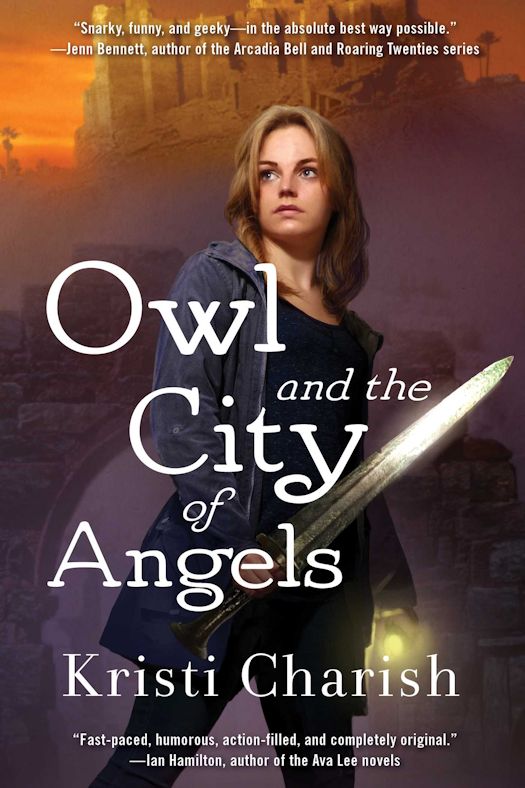 Alix Hiboux, better known as Owl, international antiquities thief for hire, is settling into her new contract job for Vegas mogul Mr. Kurosawa, a red dragon with a penchant for ancient, supernatural artifacts. And now he has his sights set on some treasures of the mysterious Syrian City of the Dead that are sitting in a recluse’s private collection.

There’s just one wrinkle. To stop the resurrection of an undead army that could wreak havoc on Los Angeles, Owl must break into a heavily guarded archaeological sight [sic] in one of the most volatile regions in the world. A detour through Libya and a run-in with Somali pirates sends the clock ticking hastily toward total paranormal disaster.

Meanwhile, Alexander and the Paris vampires have stopped stalking Owl’s apartment, but they have by no means forgotten their death grudge against her. To top everything off, Owl finds out the hard way that there is nothing heavenly about the City of Angels...

The International Archaeology Association (IAA) is responsible for keeping all things supernatural under wraps. They’re also responsible for ruining the promising archaeology career of Alix Hiboux, better known as Owl.

Needless to say, Owl’s still a little sore about that.

Just to keep Owl’s life lively, the IAA has opened a bounty on the two designers of World Quest, the online RPG that is much, much more than it seems. Owl needs to locate the notorious gaming duo before the other mercenaries do. But finding the gamers won’t be easy since every clue points to them hiding out in the legendary lost city of Shangri-La. Not to mention that the last time Owl and the game designers spoke, their conversation didn’t exactly end on the best note…

Meanwhile, undercurrents of supernatural politics are running amok in Tokyo, dragging Owl and her friends into a deadly game of wits with an opponent who calls himself the Electric Samurai. The cost of losing? All-out civil war between two powerful supernatural factions.

All in all, just another great day on the job. 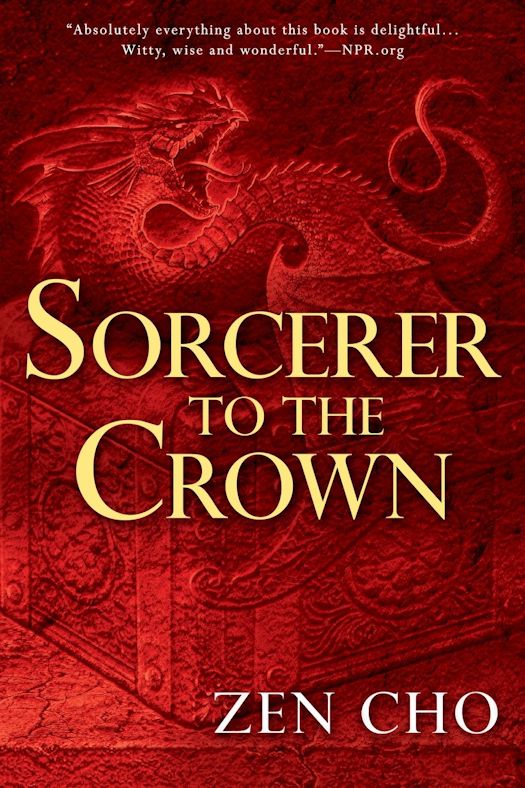 Magic and mayhem clash with the British elite in this whimsical and sparkling debut.

The Royal Society of Unnatural Philosophers maintains the magic within His Majesty’s lands. But lately, the once proper institute has fallen into disgrace, naming an altogether unsuitable gentleman as their Sorcerer Royal and allowing England’s stores of magic to bleed dry. At least they haven’t stooped so low as to allow women to practice what is obviously a man’s profession…

At his wit’s end, Zacharias Wythe, Sorcerer Royal of the Unnatural Philosophers, ventures to the border of Fairyland to discover why England’s magical stocks are drying up, an adventure that brings him in contact with Prunella Gentlewoman, a woman with immense power and an unfathomable gift, and sets him on a path which will alter the nature of sorcery in all of Britain—and the world at large…

The Strategist rules from the depths of See House, searching for the omnipotent Machinery that once chose the Overland’s rulers, to ensure it is broken beyond repair. Only then will the Prophecy be fulfilled. Only then will Ruin come for everyone.

But only the Dust Queen knows where the Machinery resides. She is the oldest creature in creation, and she bows to no one, especially not the Strategist. She has built an army of the dead, and she is heading north.

It was the Dust Queen who made the Prophecy, and she knows its true meaning. Before the Machinery is finally broken, the immortals will play their favourite game one last time. A game from darker days. A game in which mortals are nothing more than pawns.

And this time, the Dust Queen wants to play. 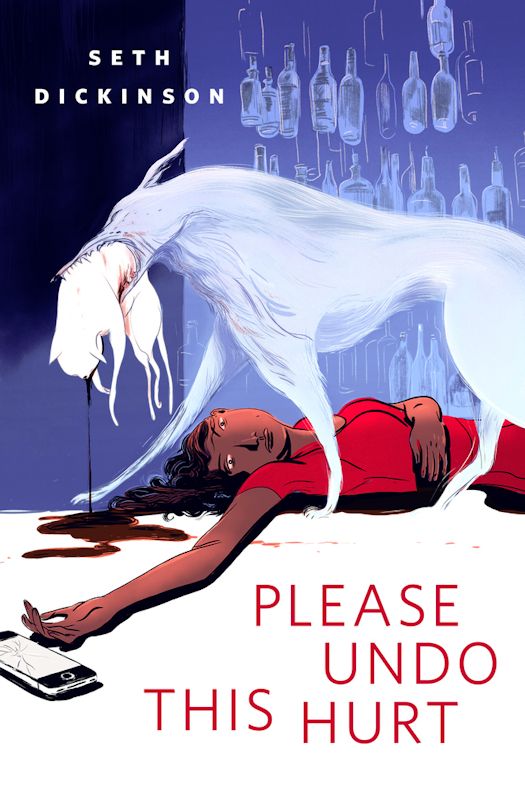 Ever feel like you care too much? After a breakup, after the funeral...it feels like the way to win at life is to care the least.

That's not an option for Dominga, an EMT who cares too much, or her drinking buddy Nico, who just lost his poor cat. Life hurts. They drink. They talk:

Nico's tired of hurting people. He wants out. Not suicide, not that - he'd just hurt everyone who loves him. But what if he could erase his whole life? Undo the fact of his birth? Wouldn't Dominga be having a better night, right now, if she didn't have to take care of him?

And when Dominga finds a way to do just that, when she is gifted or armed with a terrible cosmic mercy, she still cares enough to say:

Report "What's Up for the Debut Author Challenge Authors? - Part 31"