Interview with Joshua V. Scher, author of Here & There

Interview with Joshua V. Scher, author of Here & There

Published:
Please welcome Joshua V. Scher to The Qwillery as part of the 2015 Debut Author Challenge Interviews. Here & There was published on November 1st by 47North. 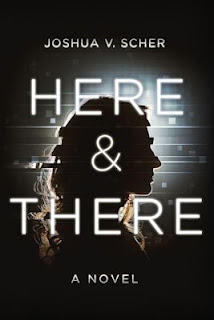 Joshua:  Second grade, my buddy, Pando Eder, and I would sneak into his mom’s study to use her typewriter and write Snoopy fan fiction. Why… I guess because I had these nagging ideas about what the Peanuts gang was up to when it wasn’t Halloween or Christmas.

TQ:  Are you a plotter, pantser or a hybrid?

Joshua:  I’m not quite sure what a pantser is (probably not what I’m imagining), but I’m definitely a plotter. At least in broad strokes. I like to know where I’m going. It can and often does change along the way, but I have a target in mind.

Joshua:  Overcoming that feeling every day that I’ve forgotten how to write. Also spelling. At one point, Microsoft Word actually issued an error message saying there were too many errors in Here & There and it could no longer continue spell checking.

TQ:  You are also a playwright. How has this affected (or not) your novel writing?

Joshua:  It made me keenly aware of dialogue, how it flows and sounds. As much as I like Faulkner, my characters don’t talk in 30 page monologues. Except to themselves. That’s been the fun part in delving into prose, being able to unshackle a characters chain of thoughts. On stage, you can only do that in very short bursts (see Hamlet).

Joshua:  I think most writers probably have a two-column list for this, a long-term one and a more current one. Long term: Borges, Nabokov, Hammett, Faulkner, Chandler, Pynchon, Vonnegut. Current: Murakami, Atwood, Elroy, Danielewsky, Kundera, the Coen brothers (yes I consider them literary).

TQ:  Tell us something about Here & There that is not found in the book description.

TQ:  What inspired you to write Here & There? What appeals to you about writing Science Fiction?

Joshua:  I came up with the idea while reading Murakami’s Hard-Boiled Wonderland and the End of the World. Science fiction is a fantastic way to unpack our humanity with What if scenarios. It provides the freedom to explore big questions about the human condition without the constraints of the mundane. I mean, Do Androids Dream of Electric Sheep isn’t about Replicants, it’s about us. Who are we? What makes us human? What defines a soul?

AND with Sci-Fi we also get to sort of run probability scenarios about where we’re headed. Almost all Sci-Fi is less about some future and more about what’s going on in our society now and where it will take us.

TQ:  What sort of research did you do for Here & There?

Joshua:  Oh my god, so much. I had to really get into quantum physics and all the real, current, impressive work being done with teleportation on a subatomic level. Quantum cryptography and “normal” cryptography too. I also had to brush up on my singularity knowledge and even get a little into string theory. All the physics that made it past the redaction filters is real and accurate (at least to the best of my knowledge at the time of writing it).

I dug into a bunch of philosophy as well, Hume, Heidegger, Kierkegaard...

Joshua:  Danny was the easiest. His wiseacre tone just kind of flowed. There’s a strong sarcasm gene in my family.

Eve was the hardest. She speaks French. I don’t.

TQ:  Which question about Here & There do you wish someone would ask? Ask it and answer it!

Joshua:  How close are we to achieving teleportation?

Well, just last week a bunch of physicists over at the National Institute of Standards and Technology destroyed the distance record for quantum teleportation, transferring quantum information over 100km.

But as shown in Here & There, they are still way behind Dr. Reidier’s achievements.

TQ:  Give us one or two of your favorite non-spoilery lines from Here & There.

Joshua:  In choosing between fact and fiction, it is the fiction that will always reveal more.
Men prefer myth to truth.

My bedroom ceiling fan is spreading rumors about me.

Joshua:  My film, I’m OK, a coming-of-age story in the post-apocalypse, will be released in 2016. 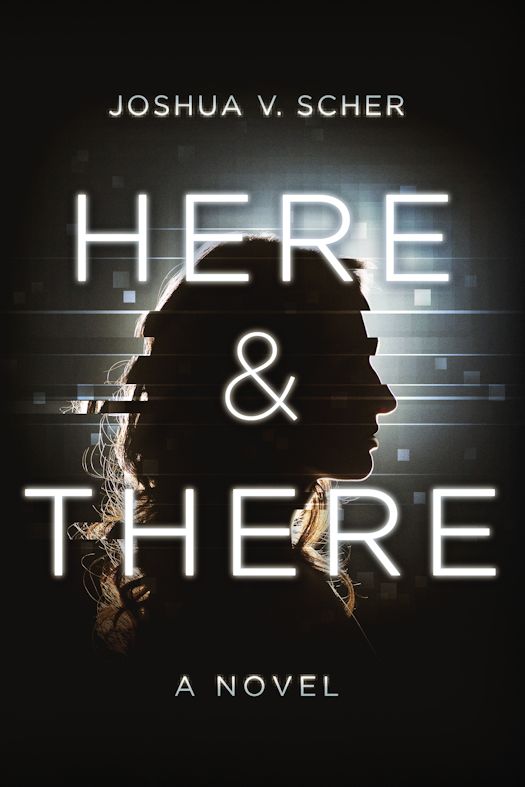 It was supposed to be a simple proof of concept. The physics were sound. Over one hundred teleportation experiments had already been successfully performed...

Debate rages over whether the Reidier Test’s disastrous outcome resulted from human error, government conspiracy, or sabotage. No one has actual knowledge of the truth. But hidden from the public eye, there exists a government report commissioned from criminal psychologist Dr. Hilary Kahn, chronicling the events that took place.

Dr. Kahn disappeared without a trace.

Now her son Danny has unearthed and revealed the report, fueling controversy over the details of Reidier’s quest to reforge the fabric of reality and hold his family together. Exposed with little chance of finding his mother, Danny goes underground to investigate. But nothing can prepare him for what he discovers.

In this thrilling saga, a paradigm-shattering feat may alter humanity’s future as quantum entanglement and teleportation collide. 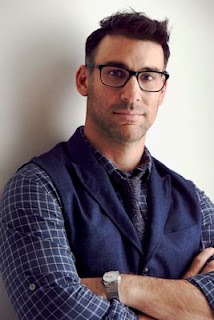 Joshua V. Scher is a recent transplant from New York City to the Hollywood hills, where he is continuing his transition from writing for the stage to the screen, both theatrical and television. His film, I’m OK, is in postproduction and slated for a festival run in 2016. The cinematic adaptation of his play The Footage was developed by Pressman Film. Scher collaborated with Joe Frazier and Penny Marshall’s Parkway Productions on the Joe Frazier biopic Behind the Smoke. He also worked with Danny Glover and Louverture Films on Scher’s original TV pilot, Jigsaw. His works for the stage include Marvel, Flushed, and Velvet Ropes, as well as the musical Triangle. He holds a bachelor’s degree with honors in creative writing from Brown University and a master of fine arts degree in playwriting from Yale University. This is his first novel.

Report "Interview with Joshua V. Scher, author of Here & There"