Published:
Please welcome Pierce Brown to The Qwillery as part of the 2014 Debut Author Challenge Interviews. Red Rising, Pierce's debut novel, will be on published on January 28, 2014 by Del Rey. 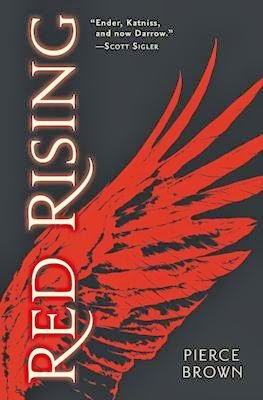 I tell stories for the same reason I love cooking food for friends at my house. I want to share. I want to go on trips. I want to embark upon a pilgrimage together and then discuss the places we’ve been, the wonders we’ve seen, and the new things we now believe.

Pierce:  Pantser, through and through. I aspire to be a plotter, yet time and again I fail. I suppose in the end, I find pantsing, despite the daily horror of being lost and confused as to where the story is going, much more natural a writing style. Imagine there are ten great epiphanies that go into those days when you outline. That’s wonderful! Ten! But when I write with only a vague notion of the end, I can have an epiphany every day. That’s one of the most rewarding parts about being a writer.

Pierce:  Deciding. Sometimes there are a thousand routes to take in the story and a hundred ways to present each route, and I have such indecision about which is the most meaningful, most impacting. I’m best when I write brashly, then come back with the spectacles on and say, “oh, well that’s just rubbish; we shall fix this, and this, and put this scene on a mountain top. But oh, however shall we get to the mountain top...”

Pierce:  Gene Wolfe, a master of fantasy and prose. Neil Gaiman, one of the best mood/world builders I’ve ever read. JK Rowling, who taught me so many things. Robert Heinlein, the man who perfected science fiction as social commentary. Bernard Cornwell, my favorite writer of historical fiction. George R. R. Martin, the godfather of modern epic fantasy.

Pierce:  Red Rising is the story of a young man’s journey to bring down the empire that kept his people in slavery and stole the woman he loved.

TQ:  What inspired you to write Red Rising? Why did you choose to write a Dystopian Adventure/Fantasy novel? Do you want to write in any other genres?

Pierce:  Red Rising was inspired by my relationship with bullies when I was younger. I moved seven times with my parents, so I was always breaking into new schools with new bullies. Some used words, some used money, others fists.

Another inspiration was the play Antigone, in which a young woman sacrifices herself to reveal a corrupt law when she is forbidden from burying her dead brother.

I want to write a great many things. Some stories are buried in the back of my head. Others are out there waiting to be discovered. It’s a thrill not knowing when inspiration will next rear its strange head.

TQ:  What sort of research did you do for Red Rising?

Pierce:  Very little. Much of it was drawn from things I liked as a boy—Roman and Greek mythology, planets, space travel, etc. What I did research was gravitational fields, future technology, anthropological studies of immigrants and slave groups throughout history.

Pierce:  Eo was the easiest because she was the point of the novel. In the end, Darrow has to go through trial and tribulation to understand what she knew at the very beginning—that there is more to life than what is given you.

I saw her so vividly in my head that I rarely found myself editing her lines or wondering if Eo would indeed say what I’d written. She really was a pleasure to write.

TQ:  Give us one of your favorite lines from Red Rising.

Pierce:  The very first: “I would have lived in peace. But my enemies brought me war.”

Pierce:  Book 2, which is nearing completion. Then Book 3. I think my editor would fly to LA and knock my door down if I said anything else!

Pierce:  Absolutely my pleasure. I hope to be back next year for book 2. 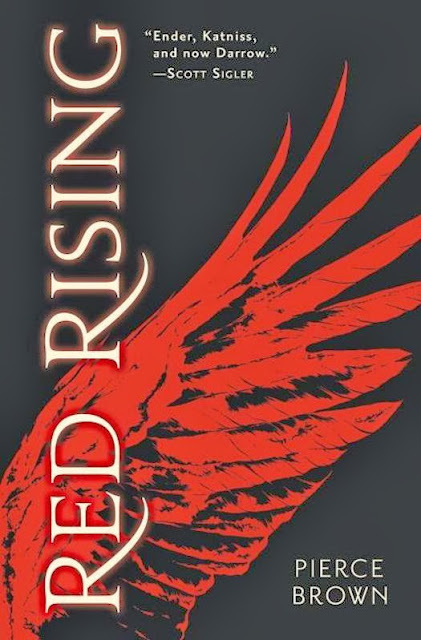 “I live for the dream that my children will be born free,” she says. “That they will be what they like. That they will own the land their father gave them.”

Eo kisses my cheek. “Then you must live for more.”

Darrow is a Red, a member of the lowest caste in the color-coded society of the future. Like his fellow Reds, he works all day, believing that he and his people are making the surface of Mars livable for future generations. Yet he spends his life willingly, knowing that his blood and sweat will one day result in a better world for his children.

But Darrow and his kind have been betrayed. Soon he discovers that humanity reached the surface generations ago. Vast cities and sprawling parks spread across the planet. Darrow—and Reds like him—are nothing more than slaves to a decadent ruling class.

Inspired by a longing for justice, and driven by the memory of lost love, Darrow sacrifices everything to infiltrate the legendary Institute, a proving ground for the dominant Gold caste, where the next generation of humanity’s overlords struggle for power. He will be forced to compete for his life and the very future of civilization against the best and most brutal of Society’s ruling class. There, he will stop at nothing to bring down his enemies . . . even if it means he has to become one of them to do so. 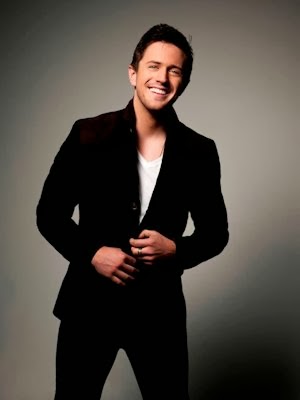 Pierce Brown spent his childhood building forts and setting traps for his cousins in the woods of six states and the deserts of two. Graduating college in 2010, he fancied the idea of continuing his studies at Hogwarts School of Witchcraft and Wizardry. Unfortunately, he doesn’t have a magical bone in his body. So while trying to make it as a writer, he worked as a manager of social media at a startup tech company, toiled as a peon on the Disney lot at ABC Studios, did his time as an NBC page, and gave sleep deprivation a new meaning during his stint as an aide on a U.S. Senate Campaign.

1 Comments on The Qwillery: Interview with Pierce Brown, author of Red Rising - January 27, 2014