Published:
I am a huge fan of Rob Thurman's writing, So...I'm going to giveaway 2 sets of books in Rob's Chimera series. 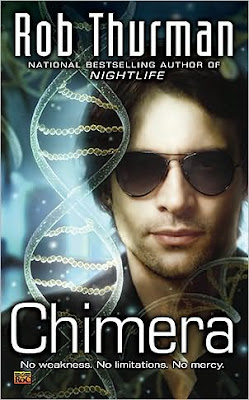 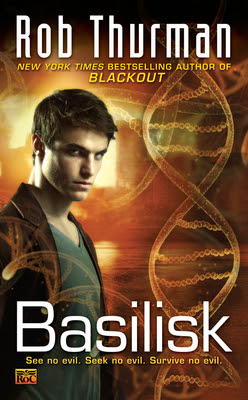 Stefan Korsak and his genetically-altered brother have evaded the Institute for three years. When they learn the new location of the secret lab, they plan to break in and save the remaining children there. But one of the little ones doesn't want to leave. She wants to kill...

Rob has give me permission to post Chapter 3 of Basilisk here:

“Bombs? You were making pipe bombs?” he demanded incredulously as he drove on.

“Garages don’t blow themselves up,” I pointed out with some exasperation at his lack of gratitude and memory. “And they’re not pipe bombs so much as proactive explosive measures. Little pipe bombs,” I emphasized. “You know…just in case.” With electrical detonation devices—very simple. Military detonation cord wasn’t as quick as I might need it to be. “They’re really quite easy to make. Too easy. They should be more responsible with the information on the internet….”

“You told me that equipment was for your genetic research.” I think he hit a rock on purpose as my head smacked the inside roof of the car. “To find a cure for the rest of the kids. You lied to me, Michael Lukas Korsak.”

“And you didn’t think that was worth mentioning? You running an armory behind our house?” Stefan gritted his teeth. “I swear when we switch cars I’m going to take a minute to beat you like a red-headed stepchild.”

“I didn’t not mention it. It didn’t come up, that’s all,” yes, a fine line, but my line and I was stubbornly walking it, “and why do people have a dislike for people with red hair? I’ve heard that saying once or twice since moving here. Why would their hair color make them the targets of violence?”

“Not the time, and you know it’s just some old saying. Don’t think I don’t recognize your version of smart-ass, Michael.”

“And what’s with that? We’re running from who the hell knows and you’re worried about your nickname?”

“Michael is the Institute. Misha is free. I’m free and I’m staying that way. I’m a man now, a new person, and Misha will remind me of that. I don’t want their name anymore.” But I couldn’t go back to Lukas. That seemed wrong. Unless I ever got my memories of my first seven years back, and that was doubtful after all these years, not to mention what I’d discovered in my research, I couldn’t be that person. I couldn’t be Lukas. I was Misha and only Misha now, for good. I was me, finally finished, finally recovered from the Institute, finally whole. They weren’t getting me back and they could keep their damn Peter Pan name.

“Fine. Misha the Mighty.” The car bounced again and I heard the muffler hit one rock too many and it was gone behind us. “You got it. Now put that mighty brain to use and figure out how Raynor, and whoever the fuck he works for, found us.”

I didn’t have to put my brain to work. I knew. In a flash of inspiration…and subconscious brilliant deduction, a given…I knew. “Anatoly and you, Stefan. You both told him where we were.”

Raynor was smart all right. Too smart. And we hadn’t tried to finish him off when we had the chance. It was a thought I wouldn’t have had three years ago—when I hadn’t known what it was to have a real life. I wasn’t ashamed I had the thought now. I’d learned a lot in those three years. Life and death…it was the cycle of the world. For someone to live, someone had to die—especially if that person was trying to take your life, be it mental or physical.

You can read Chapter 4 of Basilisk at Rob's website by clicking here.

What:  Two commenters will each win a Mass Market paperback set of Chimera novels, Chimera and Basilisk from The Qwillery.

Who and When: The contest is open to all humans on the planet earth with a mailing address. Contest ends at 11:59pm US Eastern Time on Friday, August 12,  2011. Void where prohibited by law.

45 Comments on The Qwillery: Basilisk and Chimera by Rob Thurman - Giveaway