Interview with Erin Kellison and Giveaway

Interview with Erin Kellison and Giveaway 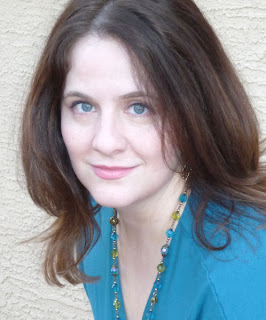 The Qwillery is delighted to have Erin Kellison as our guest today. Erin's debut novel, Shadow Bound, was published on June 29. 2010.

TQ:  Who are some of your favorite writers? and who do you feel has influenced your writing?

Erin:  I have a distinct gothic bent, so thematically, Jane Eyre really influenced me. I read it in 6th grade and have re-read it a bunch of times since then. A few of my more modern favorites have been Patricia Briggs, Lois McMaster Bujold, Juliet Marillier, Jacqueline Carey, Robin McKinley, Karen Marie Moning, Kresley Cole, J.R. Ward, Nalini Singh, Jayne Ann Krentz. There are so many, I could go on and on.

TQ:  What inspired you to write your first novel?

Erin:  Shadow Bound is my second complete manuscript. My first manuscript was written with my sister. She called me up one day and said “on a whim” let’s write a book. It took us five years. I learned a tremendous amount and had a great time with my sister.

TQ:  Who would pick to play Adam Thorne and Talia O'Brien in a movie or TV series?

Erin:  Fun question. I have always pictured Christian Bale as Adam Thorne. He is great at playing a tortured hero. And for Talia, how about Kristin Bell? She’s got the look and she can also do the tortured thing, like she did on Heroes.

TQ:  Do you and Talia have anything in common?

Erin: Yes. I started Shadow Bound after I finished my masters in Anthropology. Talia is just finishing her PhD. We both have more introverted natures, but she comes out of her shell a bit more than me. I can scream pretty dang loud too, but Death never shows up when I do. :)

Erin: Shadow Bound’s world building has a lot to do with life and death. Wraiths were a kind of experiment. I wondered if the most selfless act is to give up your life, the most selfish act would be to give up your death, and in so doing, become immortal. My monsters, then, had to be so self-centered that they would do anything to achieve that end. And if they wanted to sustain a semblance of humanity, they had to feed on the souls of other people. The fact that they have a corporeal body put them, for me, in the category of wraiths.

Erin: I am looking forward with great anticipation to the release of the second book in my Shadow series, Shadow Fall, which comes out July 27. 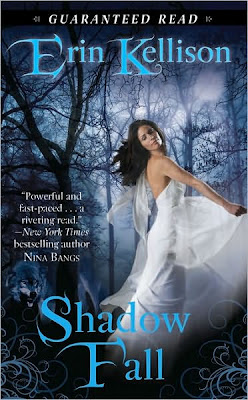 Custo Santovari accepted pain, blood, even death, to save his best friend. But a man with all his sins just isn't cut out to be an angel.

One moment he's fleeing Heaven; the next, he's waking up stark naked in Manhattan. In the middle of a war. Called there by a woman who's desperately afraid of the dark.

It gathers around Annabella as she performs, filled with fantastic images of another world, bringing both a golden hero and a nightmare lover.

He pursues her relentlessly, twisting her desires even as she gives herself to the man she loves. Because each of us has a wild side, and Annabella is about to unleash the beast.

One commenter will win a copy of Shadow Bound and the Flyaway necklace. 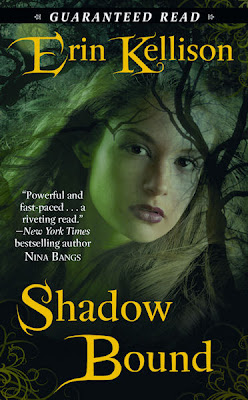 Some people will do anything to avoid it. Even trade their immortal souls for endless existence.

Secretly, inexorably, they are infiltrating our world, sucking the essence out of unsuspecting victims with their hideous parody of a kiss.

Adam Thorne founded the Segue Institute to study and destroy his monster of a brother, but the key to its success is held in the pale, slender hand of a woman on the run. There is something hauntingly different about Talia O’Brien, her unknowing sensuality, her uncanny way of slipping into Shadow.

This is the place between life and what comes after—a dark forest of fantasy, filled with beauty, peril, mystery. And Talia is about to open the door. 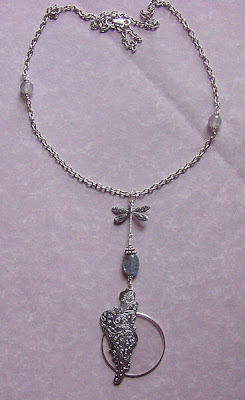 To have a chance to win Shadow Bound and Flyaway leave a comment telling The Qwillery what you would like to avoid.

The contest is open to all humans on the planet earth with a mailing address. Contest ends at 11:59pm Eastern Time on Wednesday, July 14, 2010.
Source: qwillery.blogspot.com
+ Sharelabels (3)Flag
AllErin KellisonInterviewgiveaway

36 Comments on The Qwillery: Interview with Erin Kellison and Giveaway