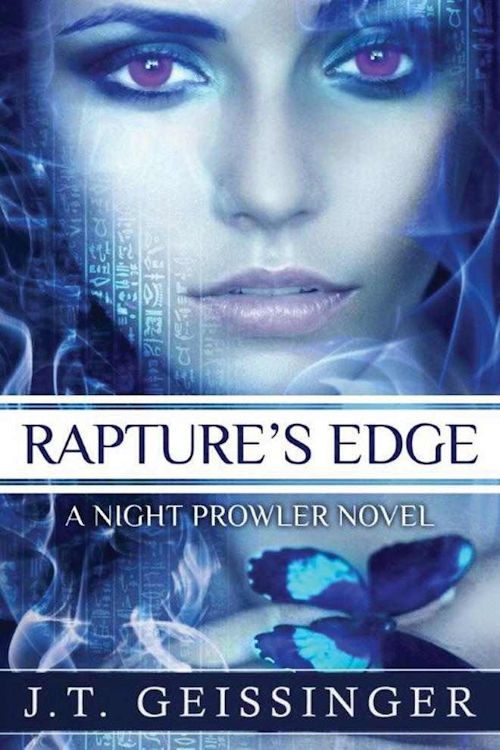 SECRETS…In the hidden world that exists beside our own, a mirror world of ancient magic and elegant deceptions, a world of people who are so much more than they first appear, a war is brewing. Most of these Gifted people—the Ikati, a savage, sensual race of lethal predators—are content to hide behind human smiles, disguising their splendor in order to survive. But others are discontent. And they will hide no longer.

BETRAYALS…Eliana lives for two things only: vengeance on the man who killed her father and seeing her father’s dream of living in the open with humans come to pass. But that dream is far too dangerous for The Hunt, a group of elite Ikati assassins with one objective: eliminate her before she can expose their secrets to the world.

SEDUCTION…Demetrius is haunted by the memory of the woman he once loved. He will risk everything to save her from the killers on her tail…and convince her, before the ancient walls between two worlds crumble, that only together can they defeat their real enemy, a brilliant, cunning traitor far more deadly than either of them can guess

Rapture's Edge, the 3rd Night Prowler novel, is set three years after Edge of Oblivion with Eliana and part of her former colony now living in the catacombs of Paris. While Eliana has been forced into a life of crime as an art thief, Demetrius is still searching wistfully for his lost love. Eliana believes that Demetrius killed her father and is oblivious to how evil her father really was. She has also befriended a human which is virtually unheard of within the Ikati. Everything kicks off when Eliana is caught by the police while attempting to steal a painting in the Louvre with Demetrius watching the arrest on the TV from Rome. Fate is truly a cruel mistress as Demetrius faces Eliana's rejection and she learns her father's plans for her and her kind. The question is can they both survive to discover the truth and their once forbidden love?

A Kindle recommendation led me to the first book Shadow's Edge and I am quite enjoying this series. While distributed by a romance publisher, I appreciate that the books are focused more on plot than romance. In fact, as the series matures, there seems to be less and less romance and more and more action. In Rapture's Edge there are some quite chilling scenes involving Caesar, Eliana's brother, as well as the disclosure of their father's plans for the both of them. Extremely creepy is what came to mind when I read those scenes. Geissinger has also created strong, forthright female characters who can take care of themselves and don't fall apart when things go wrong ... and boy, do they go wrong!

Our favourite couple is back - Jenna and Leander who have quite a big role in the latter half of the story. There are also two new key characters -Gregor who is human and Melliane (please note the similarities in our names...coincidence?), both of whom are friends of Eliana and assist in both plot and character development.

I enjoyed Rapture's Edge the most so far, and Geissinger is really ramping up the plot arc to what looks like a chilling end. I can hardly wait to find out what happens next. My enjoyment is only marred by two small things. 1) I don’t like how Demetrius refers to Eliana as 'baby girl'. I think this is overly macho and just a bit too patronising, especially when Eliana is quite self sufficient and kick ass. 2) I had really hoped this series would wrap up in the next book (could stretch to 2 more) but I discovered on Geissinger's website that three more books are planned. I am worried that if there is a book per main character that this will dilute the plot arc.  Fingers crossed I am wrong on this. Other than those small things, I would recommend Rapture's Edge to anyone who likes a novel with kick ass heroines and smatterings of romance.