Werewolves and Shapeshifters and a Vlog

Werewolves and Shapeshifters and a Vlog

Published:
It's all explained in the vlog except the bits that aren't:


What: 1 copy of Werewolves and Shapeshifters: Encounters with the Beasts Within,  edited by John Skipp. 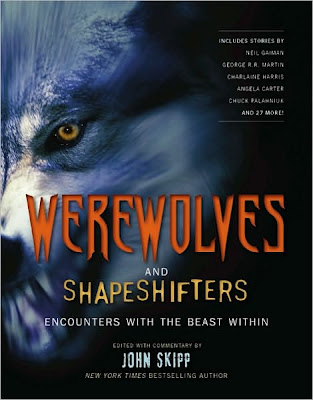 Werewolves and shapeshifters have morphed into the latest pop culture stars. This mind-bending collection includes thirty-two new and classic stories from the best writers in the genre.

Werewolves and shapeshifters are the latest literary craze following vampires and zombies. The phenomenal success of the Twilight series, and the blockbuster movies that followed, has spawned a new obsession with these supernatural beings. From John Skipp, the master of horror, comes this definitive collection of thirty-two classic and new stories, written by favorites of the genre including George R.R. Martin, Charlaine Harris, Chuck Palahniuk, Neil Gaiman, H.P. Lovecraft, Joe R. Lansdale, Angela Carter, David J. Schow, Kathe Koja, Bentley Little, and more. Skipp provides fascinating insight and details, through two nonfiction essays, into the history and presence of shape shifting in popular culture. Resources at the end of the book include lists of the genre's best long-form fiction, as well as movies, websites, and writers.

How: Leave a comment telling The Qwillery if you prefer to read about werewolves, shapeshifters, vampires, zombies, or something else. Recommend some books if you like.

When: The contest is open to all humans on the planet earth with a mailing address. Contest ends at 11:59pm US Eastern Time on Wednesday, September 29, 2010.
Source: qwillery.blogspot.com
+ Sharelabels (6)Flag
AllZombiesbooksgiveawayshiftersvlogwerewolves

40 Comments on The Qwillery: Werewolves and Shapeshifters and a Vlog

Report "Werewolves and Shapeshifters and a Vlog"